Accessibility links
Puerto Rico Embarks On Historically Huge Debt Protection Hearings : The Two-Way Between its public-sector debt and what it owes pension funds, the U.S. territory's bills exceed $120 billion. That makes for some difficult decisions in court, which opened hearings Wednesday. 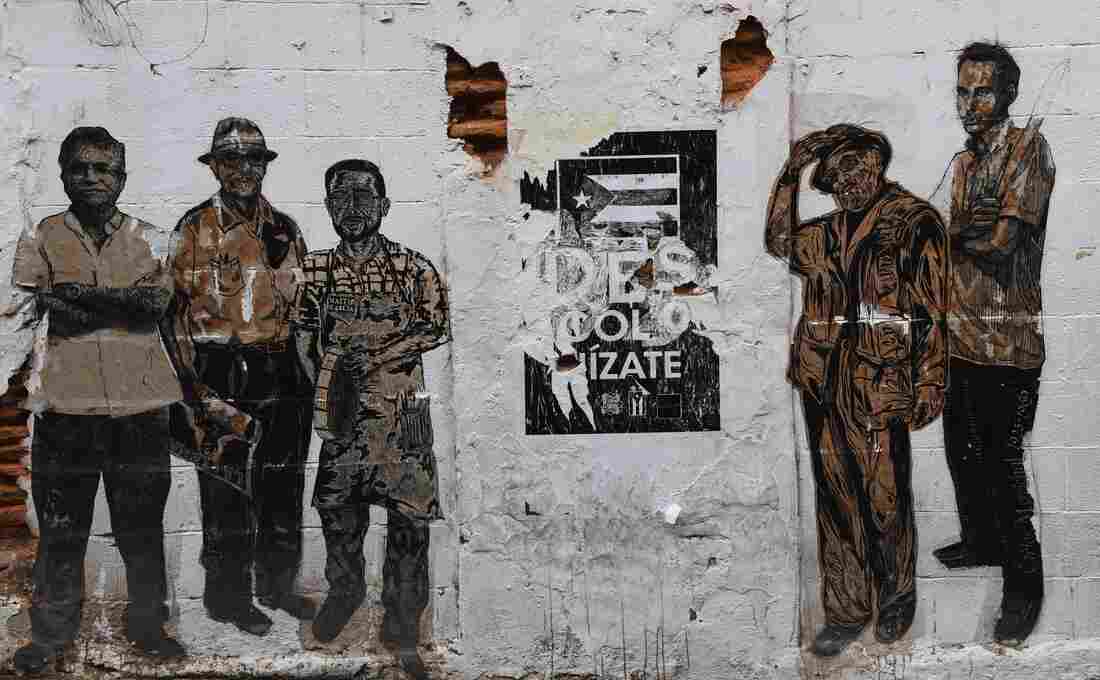 A mural displays notable historical figures and a fading Puerto Rican flag on a dilapidated building in San Juan earlier this month. Between its public-sector debt and money owed pension funds, the U.S. territory is grappling with more than $120 billion in debt. Mark Ralston/AFP/Getty Images hide caption 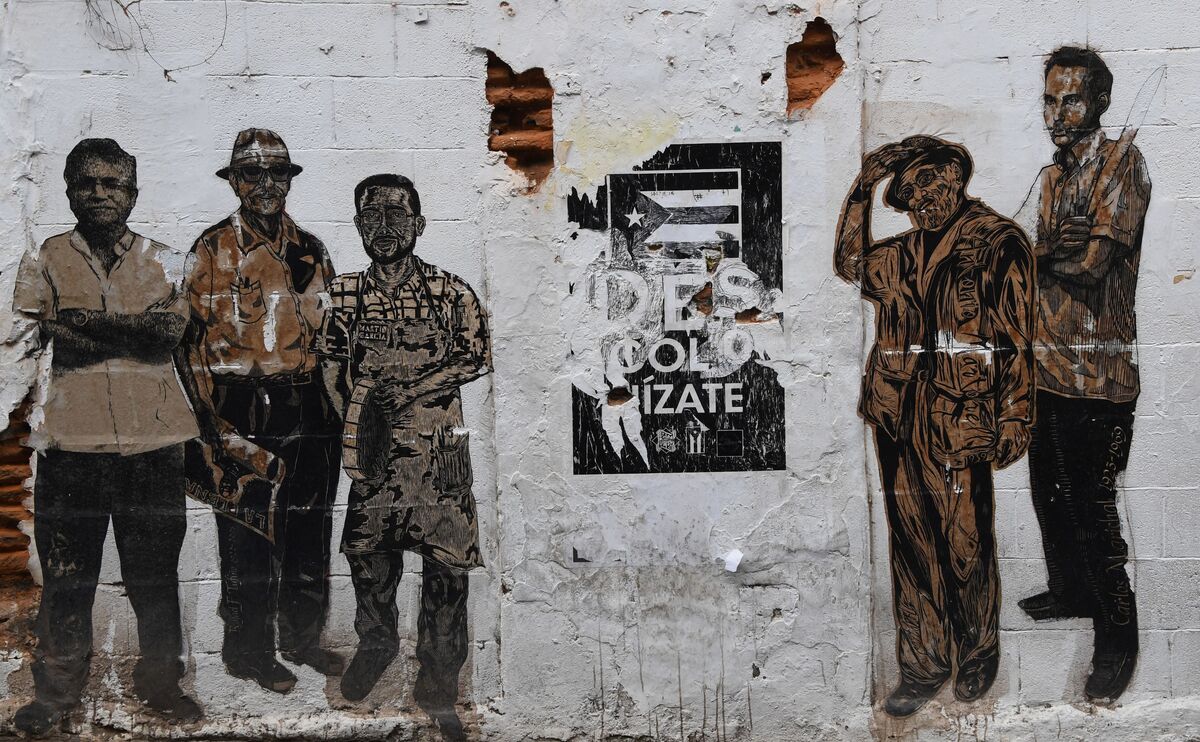 A mural displays notable historical figures and a fading Puerto Rican flag on a dilapidated building in San Juan earlier this month. Between its public-sector debt and money owed pension funds, the U.S. territory is grappling with more than $120 billion in debt.

For years, Puerto Rico has grappled with an ever-mounting debt crisis, watching as its public-sector bills have grown to more than $70 billion. Including what the U.S. territory owes to pension funds, that debt exceeds $120 billion.

Now, Puerto Rico's struggle with its creditors has stepped into U.S. federal court, where an unprecedented debt-restructuring case opened with a hearing Wednesday.

Puerto Rico filed to restructure its debt two weeks ago. That kicked off the first-ever use of a federal law tailored specifically for the recession-plagued island — which, because it is a territory, is not eligible for the Chapter 9 bankruptcy protections that cities such as Detroit have filed for in the past.

SWAIN: #PuertoRico's way forward "WILL CERTAINLY INVOLVE PAIN" BUT "FAILURE IS NOT AN OPTION" ...that's it for now.

That tailor-made law, passed last year under the name PROMESA, set up a process similar — though not identical — to bankruptcy, called Title III. It is under that provision that Puerto Rico filed for protection.

As observed by Laura Taylor Swain, the U.S. district judge hearing the case, the process promises to be difficult. The way forward for Puerto Rico "will certainly involve pain," she said in court Wednesday. But "failure is not an option."

Swain, of the Southern District of New York, has combined two major Title III filings made earlier this month by Puerto Rican authorities — one for its general obligation (or GO) debt, and one for debt that's backed by the commonwealth's sales tax revenues (or COFINA).

Together, these two pools make for a sizable chunk of Puerto Rico's overall public-sector debt, as Reuters explains:

"The island's initial bankruptcy filing on [May 3] included only its central government, which owes some $18 billion in general obligation, or GO debt, backed by its constitution.

"The COFINA filing [on May 5] will pull in another $17 billion or so in debt under the Title III umbrella. Overall the island's government and various agencies have a debt load of $70 billion that they cannot repay."

Bloomberg reports that this distinction has already created a sizable rift between GO and COFINA bondholders, both of whom feel they should be given priority in Puerto Rico's debt payments.

Swain's decision to merge the two filings for administrative purposes marks a small victory for the federal oversight board set up by PROMESA to handle the territory's negotiations. Brown noted Wednesday that "some COFINA stakeholders had objected to the motion, arguing that COFINA is a separate entity whose assets — in the form of sales tax revenue — are earmarked only for creditors."

So begins part of the "pain" Swain mentioned. The board said Wednesday there's just $900 million a year to service its debt — in other words, as Reuters points out, less than a quarter of what it needs for that purpose each year.

And of course, the island's fiscal difficulties affect not only its creditors, but its residents, too. NPR's Greg Allen lays out what else lies in store:

"You've got these retirees that are owed pensions; the governor said they're going to get at least a 10 percent cut, some of them will. ...

"They've just closed 180 public schools on the island which left parents and students very upset. There's $500 million in cuts proposed for the university here, and there's a student strike.

"So lots of pain to come here — and the governor is going to be releasing a budget later this month, which will show a lot more pain coming. Among the things that are going to happen is, I think, big cuts in health care benefits."

Greg says some expect the case to take as long as four to five years to reach its conclusion.