Accessibility links
Tragic Love Triangle Is Sad For Lonely Rare Snail, Still Good For Science : The Two-Way A garden snail with a rare genetic condition can't mate with normal snails; scientists launch an international search for a mate; two possible mates are found. But they mate with each other instead. 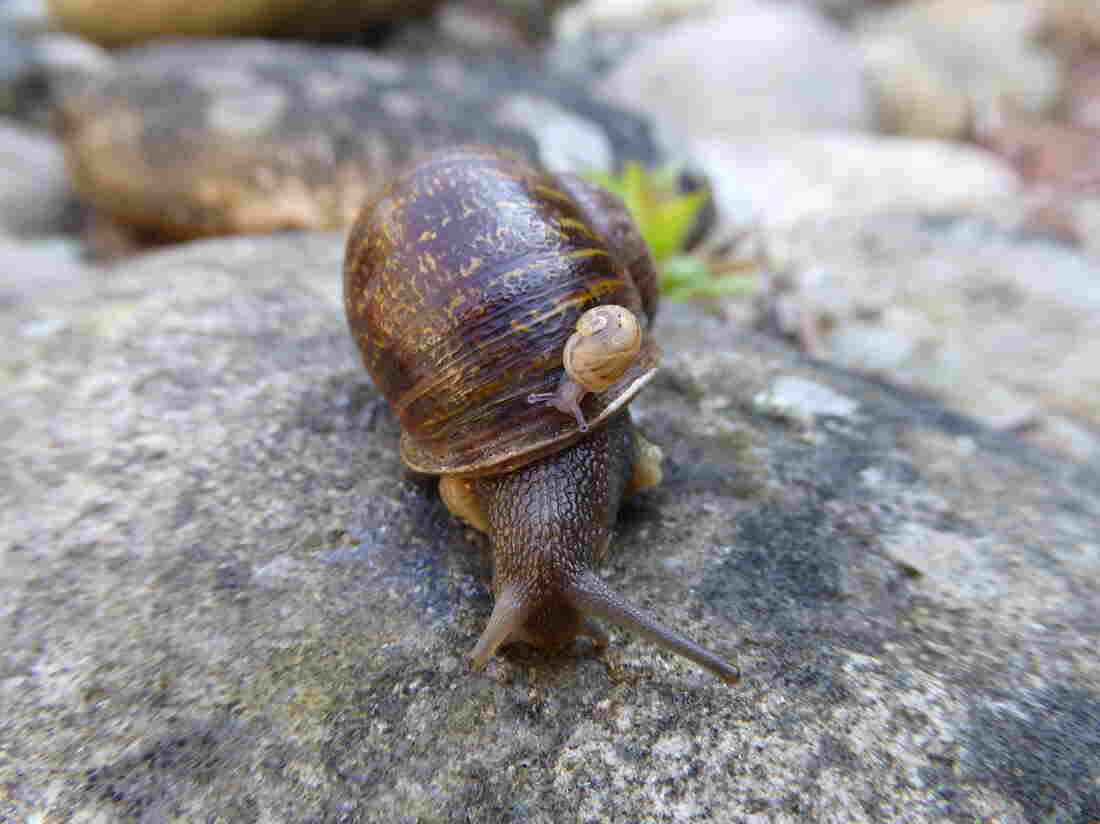 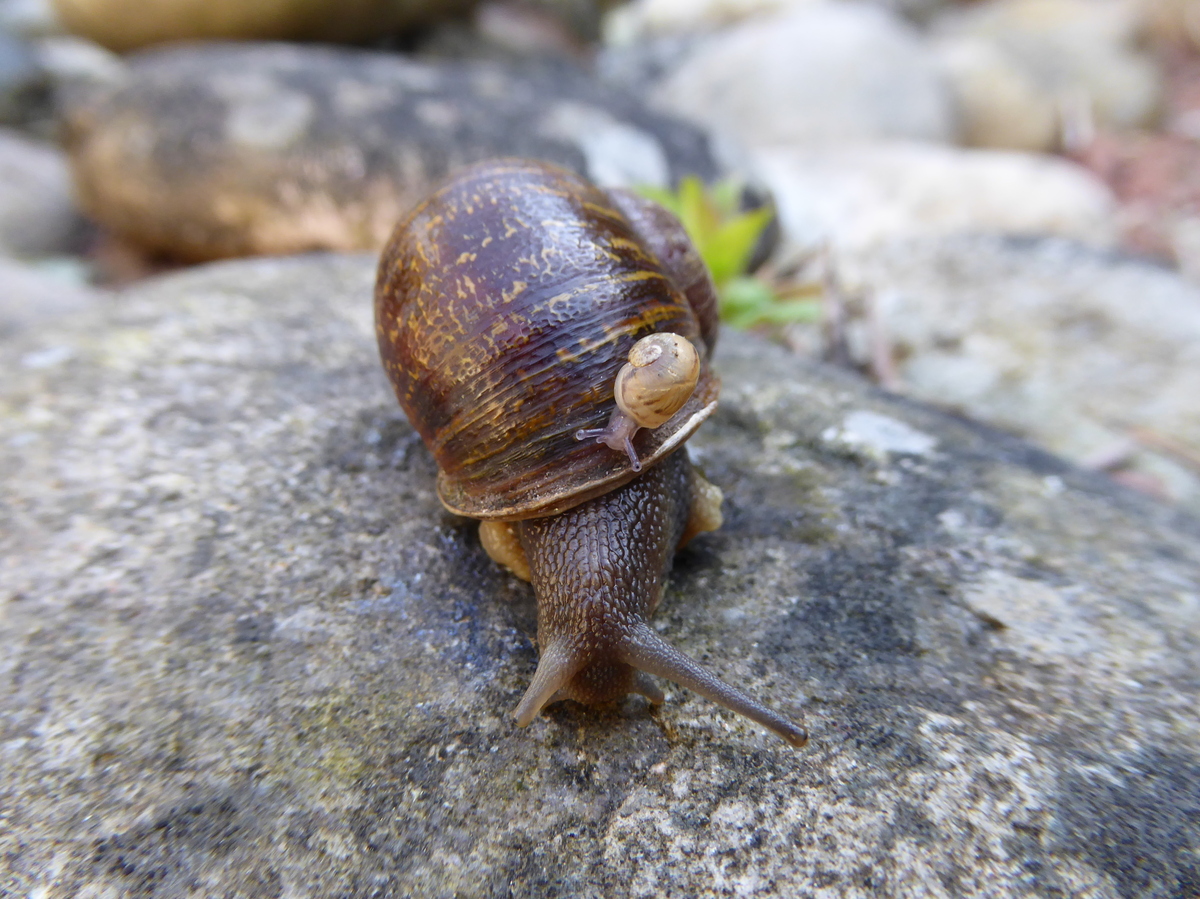 Rare snail Jeremy with the offspring of its two former suitors.

It had been a timeless love story. A garden snail with a rare genetic condition can't mate with normal snails; scientists launch an international search for a mate; the snail becomes a media sensation; and miraculously not one but two possible mates are found.

That's where we left the tale of Jeremy, the rare left-coiling snail, last November.

But since then, what had been a snail fairy tale has turned into something of a tragedy for Jeremy – its two possible mates proceeded to mate with each other instead. They've been feverishly reproducing, with three batches of eggs between them.

And Jeremy remains alone. He's left "shell-shocked," as the University of Nottingham charmingly put it.

Jeremy, The Lonely, Left-Twisting Snail, Dies — But Knows Love Before The End

Finding a mate is particularly hard because Jeremy — and the other two — all have shells that curl counterclockwise, the opposite direction of typical snails. Their sex organs are also on the left side of their heads, meaning that they can't procreate with most other snails because they can't align their organs.

Scientists aren't sure exactly how rare this condition is. It could be as uncommon as one in a million, though evolutionary geneticist Angus Davison of the University of Nottingham told us back in November that it's more likely to be about one out of every 100,000 snails.

That rarity made it particularly surprising to find two potential suitors for Jeremy after the scientists launched the international search. First, a snail enthusiast near Ipswich, U.K. came forward with her pet snail Lefty. Then, a snail farmer and restaurateur in Majorca, Spain, found another left-coiling snail that had been on its way to becoming a meal. It was later named Tomeu.

Davison said that the three initially did not mate. They were put into a fridge for a few months to simulate normal snail hibernation during the winter.

Come spring, Lefty and Tomeu were immediately "keen, moving around," said Davison, but Jeremy "didn't seem to have much energy. ... He has since become much more lively so we continue to hope that we can do the experiment and understand the genetics of all three snails, but for the moment only two of them have reproduced."

Now Lefty has returned to Ipswich, and they are hoping Jeremy and Tomeu will mate.

Based on the at least 170 baby snails that have hatched, the answer is no. There are two other batches of eggs that are just beginning to hatch (because snails are simultaneous hermaphrodites, both Lefty and Tomeu have been able to produce eggs).

But Davison says that's not surprising. Because of the way they think the left-coiling gene is passed to the offspring, it may only appear in future generations. They're planning to continue breeding the snails to continue examining the genetics, and are hoping to eventually "get a whole family of left-coiling snails."

As we reported, Davison's team recently "published research in Current Biology that suggested the gene that causes a snail's shell to twist counter-clockwise could also 'offer clues to how the same gene affects body asymmetry in other animals including humans.'"