Accessibility links
Sweden Drops Rape Investigation Of Julian Assange — But He's Not In The Clear : The Two-Way The WikiLeaks founder has been at the Ecuadorean Embassy in London to avoid extradition. Swedish prosecutors halted the probe, but London police quickly said they'd still enforce their arrest warrant. 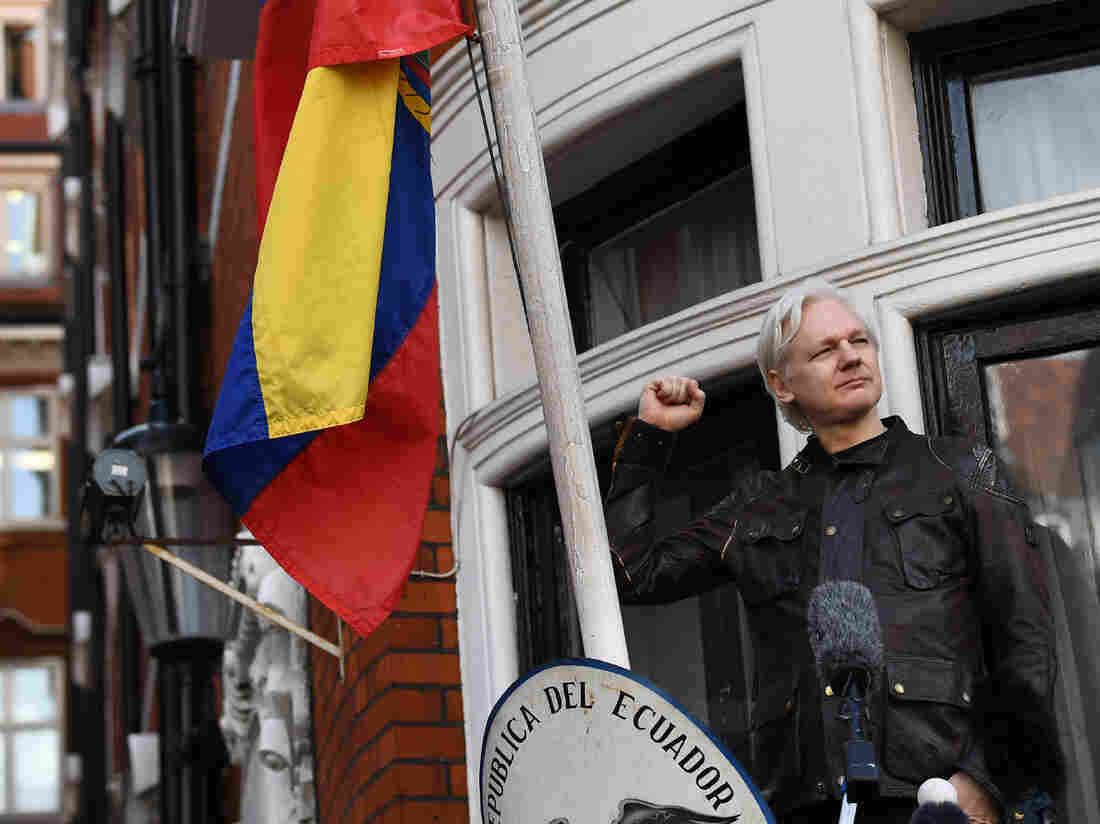 WikiLeaks founder Julian Assange raises his fist before addressing reporters from the balcony of the Ecuadorian Embassy in London on Friday. In his speech, Assange said there are still plenty of legal battles still to wage: "The proper war is just commencing." Justin Tallis/AFP/Getty Images hide caption 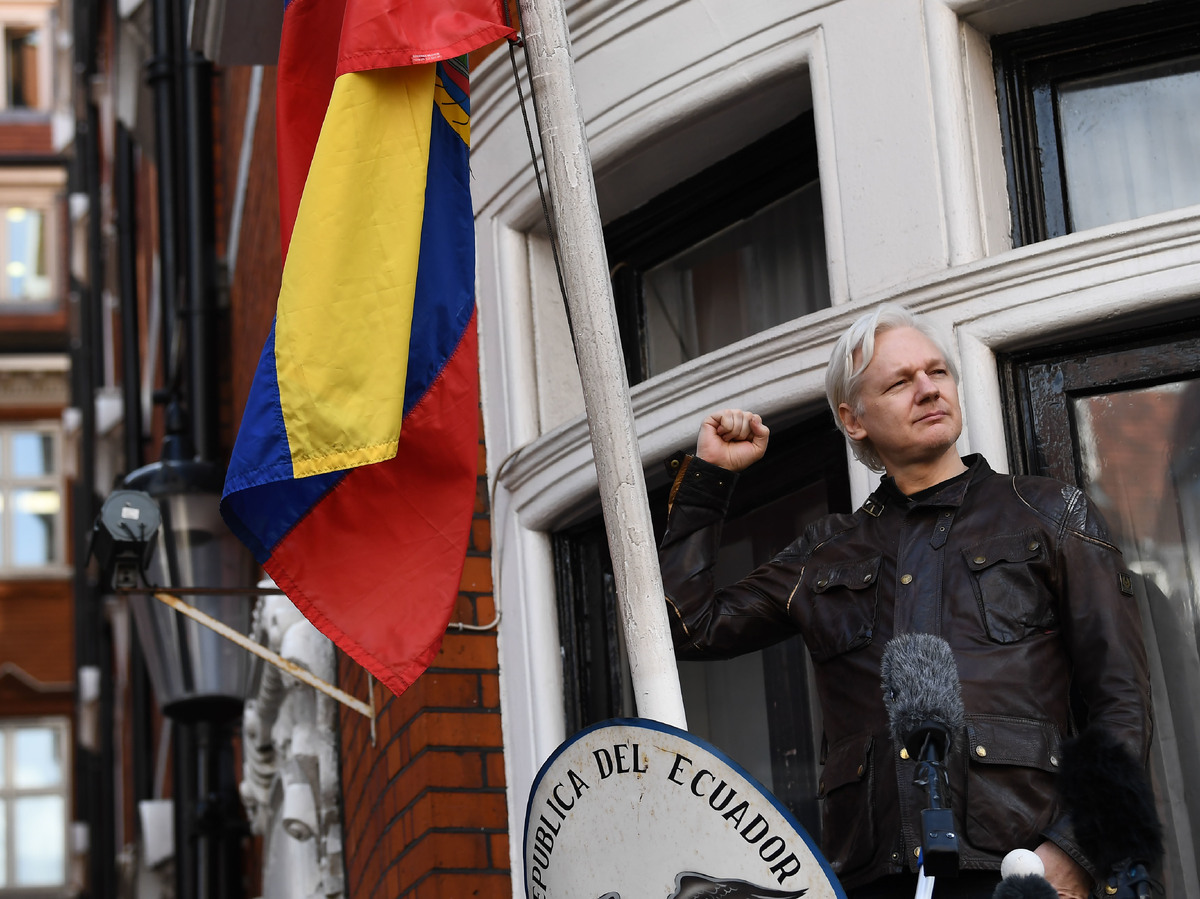 WikiLeaks founder Julian Assange raises his fist before addressing reporters from the balcony of the Ecuadorian Embassy in London on Friday. In his speech, Assange said there are still plenty of legal battles still to wage: "The proper war is just commencing."

Swedish prosecutors have announced they are dropping the country's rape investigation of Julian Assange. The WikiLeaks founder, who has long denied the allegation, has been holed up at the Ecuadorean Embassy in London since 2012 to avoid Sweden's extradition request.

"At this point, all possibilities to conduct the investigation are exhausted. In order to proceed with the case, Julian Assange would have to be formally notified of the criminal suspicions against him," the statement reads in part. "We cannot expect to receive assistance from Ecuador regarding this. Therefore the investigation is discontinued."

As NPR's Frank Langfitt reports, Assange has remained at the Ecuadorean Embassy for years out of fear that an extradition to Sweden would spell another extradition, in turn, to the U.S., "where he could face trial for leaking hundreds of thousands of secret diplomatic and military documents."

In Assange's first response, posted to Twitter, his reaction was simple: a broad smile.

The 45-year-old Australian national elaborated later in the day, speaking to reporters from the balcony of the embassy. He spoke of Friday's announcement as a "vindication" and an "important victory," thanking the Ecuadorean people but also warning that "the proper war is just commencing."

That's because despite the news from Sweden, he remains far from legally cleared. The U.S. has not dropped its interest in Assange, and London Metropolitan Police were quick to say they will continue to enforce an outstanding arrest warrant for him.

"Westminster Magistrates' Court issued a warrant for the arrest of Julian Assange following him failing to surrender to the court on the 29 June 2012," the department said in a statement. "The Metropolitan Police Service is obliged to execute that warrant should he leave the Embassy."

Though this is a much lesser offense, it remains a possibility that if Assange were to leave the premises of that embassy, he might yet be arrested by British police.

Even in the case of Sweden, Ny clarified that "if he, at a later date, makes himself available, I will be able to decide to resume the investigation immediately." Although Sweden has withdrawn its request for a European arrest warrant, The Guardian reports that Ny maintained the probe could be reopened if he returns to Sweden before 2020, a date set by statute of limitations.

At a news conference in Quito, Ecuador, the country's foreign minister, Guillaume Long, lambasted Swedish authorities for delays in resolving the probe, according to The Associated Press. The news service reports he also called on the U.K. to allow Assange safe passage back to Ecuador.

"This has gone on long enough," Long said. "No more delays."

The lawyer for Assange's accuser also expressed outrage Friday — though for a very different reason.

"It is a scandal that a suspected rapist can avoid the judicial system and thus avoid a trial in court," attorney Elisabeth Massi Fritz said in a statement quoted by The Telegraph. "My client is shocked and no decision to (end the case) can make her change that Assange exposed her to rape."