Accessibility links
New Orleans Takes Down Statue Of Gen. Robert E. Lee : The Two-Way The statue in Lee Circle was the last of four Confederate-era monuments that the city had pledged to remove amid a swirl of controversy. 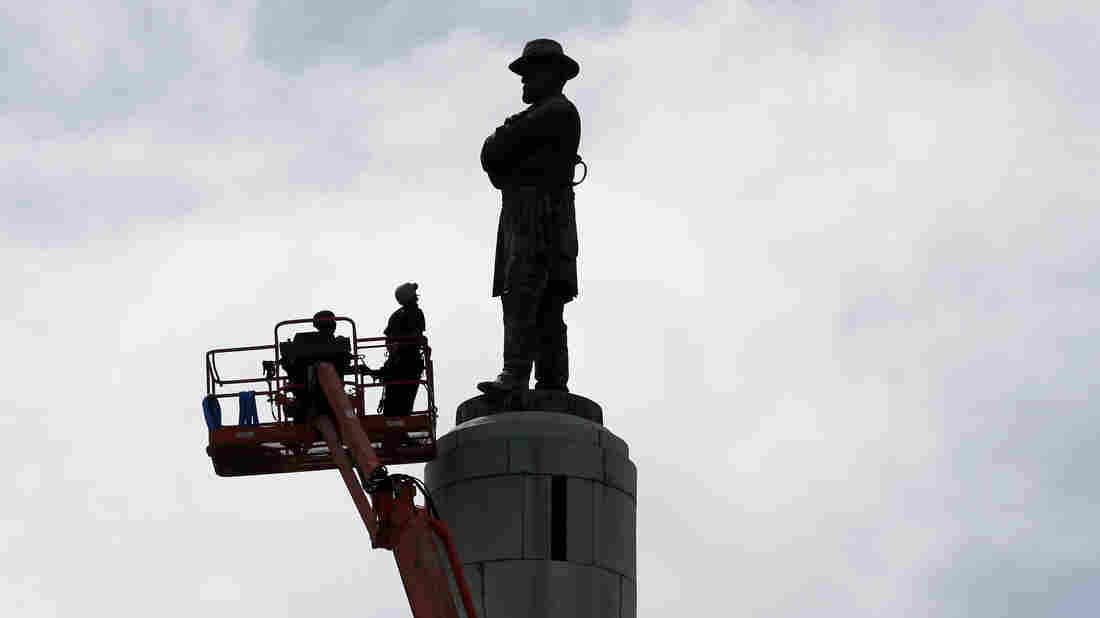 Workers prepare to take down the statue of Robert E. Lee in New Orleans on Friday, the last of four Confederate-related monuments slated for removal. Gerald Herbert/AP hide caption 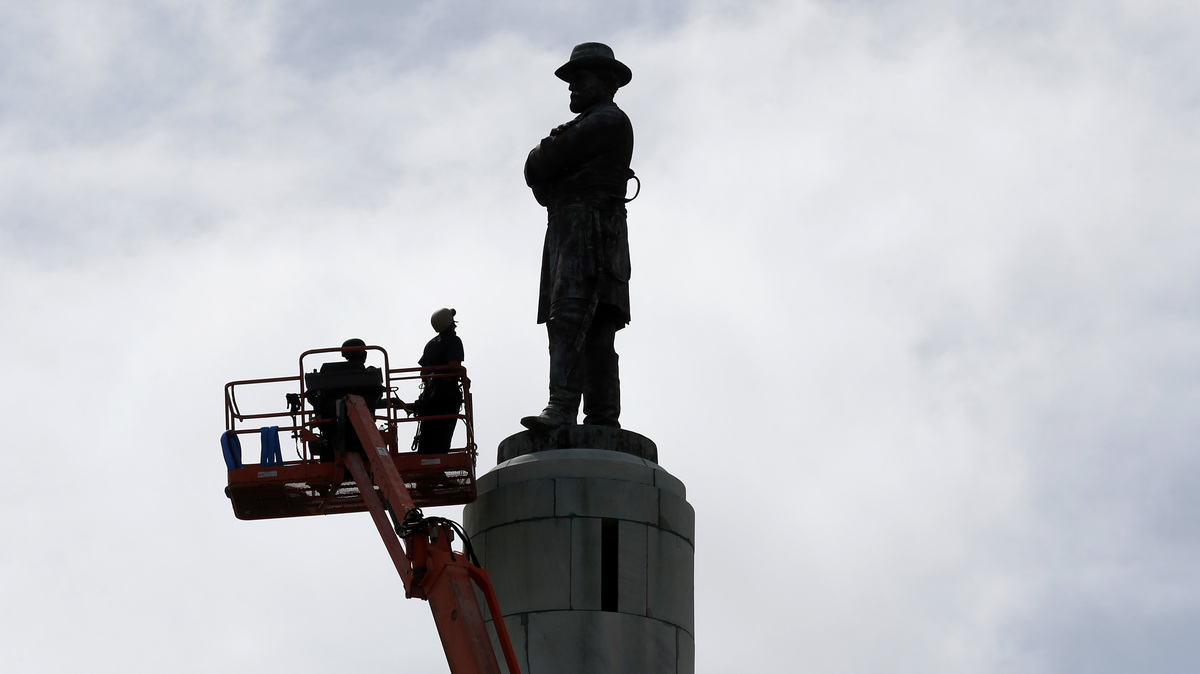 Workers prepare to take down the statue of Robert E. Lee in New Orleans on Friday, the last of four Confederate-related monuments slated for removal.

A towering statue of Gen. Robert E. Lee no longer stands over the city of New Orleans.

The hours-long process of removing the statue of the Confederate general who symbolized Southern resistance in the Civil War ended late Friday afternoon as a crane lifted the statue from its perch. Below, a largely jubilant crowd shouted "Take him down, take him down!" and "Hey, hey, good-bye!"

Lee's statue had been a fixture there since 1884.

It is the last of four Confederate-era monuments that New Orleans had pledged to remove amid a swirl of controversy. Lee's was the most prominent of the four — a bronze statue atop a roughly 60-foot-tall column in Lee Circle.

In what the Times-Picayune reported as "a passionate defense" of the removal of the Confederate statues, Landrieu said the Confederacy was "on the wrong side of humanity."

But clearing out the monuments has been highly controversial. Contractors have received death threats, and Landrieu told The Washington Post that nearly every heavy-crane company in southern Louisiana was also threatened.

The first three removals took place in the dark of night; workers wore flak jackets as protesters both for and against the process picketed nearby. The statue of Lee — who surrendered the Confederate Army to Union Gen. Ulysses S. Grant in 1865, effectively ending the Civil War — was the first to be taken down in the light of day.

In his remarks, Landrieu said the monuments were put up in what he termed "the cult of lost cause."

"This cult had one goal and one goal only: through monuments and other means to rewrite history, to hide the truth, which is that the Confederacy was on the wrong side of humanity," Landrieu said.

"So now is a time to come together to heal and to focus on a larger task," he added, "making this city a beautiful manifestation of what is possible and what we as a people can become."

As for what will happen to the statues, The Associated Press reports the city is soliciting proposals from nonprofit and government entities and has so far gotten offers from various public and private institutions.

Certain conditions apply, however; the statues cannot be displayed outdoors on public property in New Orleans.

And where the monuments once stood, public art and an American flag are among the pieces that will replace them.