Accessibility links
82 Chibok Girls Abducted By Boko Haram Reunite With Families In Nigeria : The Two-Way In an emotional reunion, 82 of the Chibok girls hugged their families for the first time since they were abducted by Boko Haram militants in 2014. The girls will remain in government care for now. 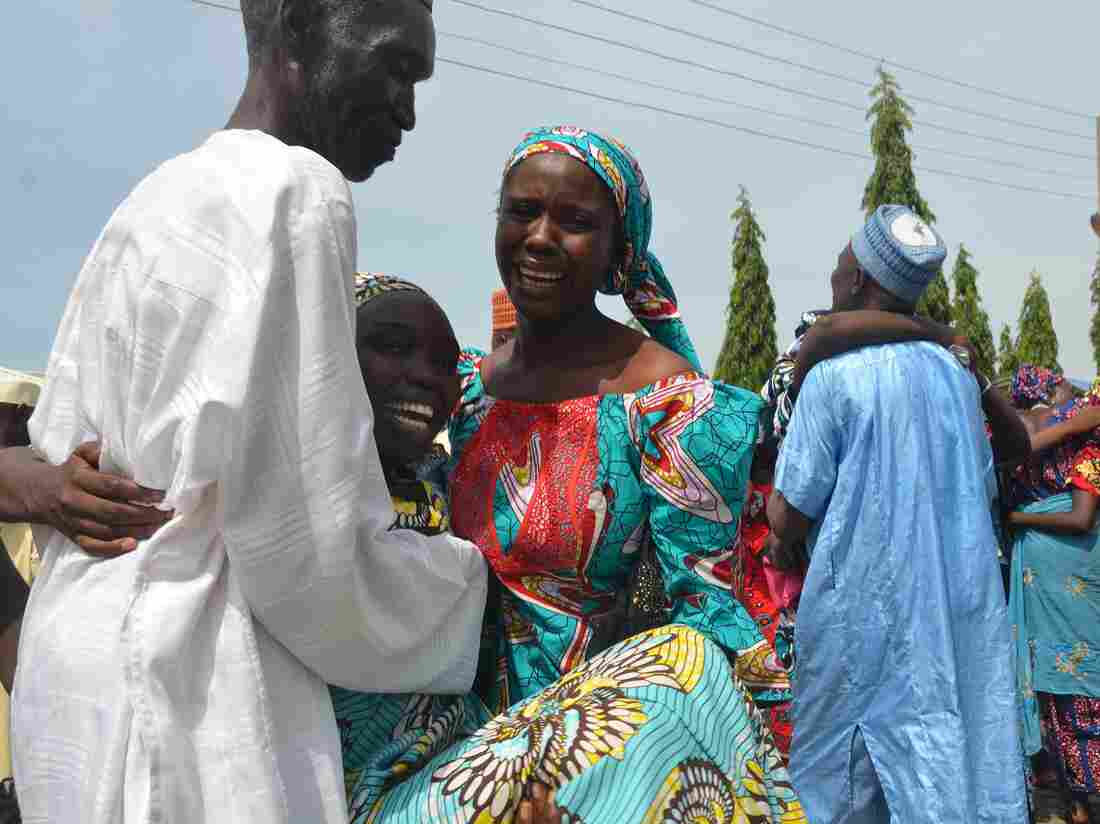 The recently released Chibok girls reunited with their families amidst laughter and tears in the Nigerian capital of Abuja. Still, 113 girls are being held by Boko Haram militants. Anadolu Agency/Getty Images hide caption 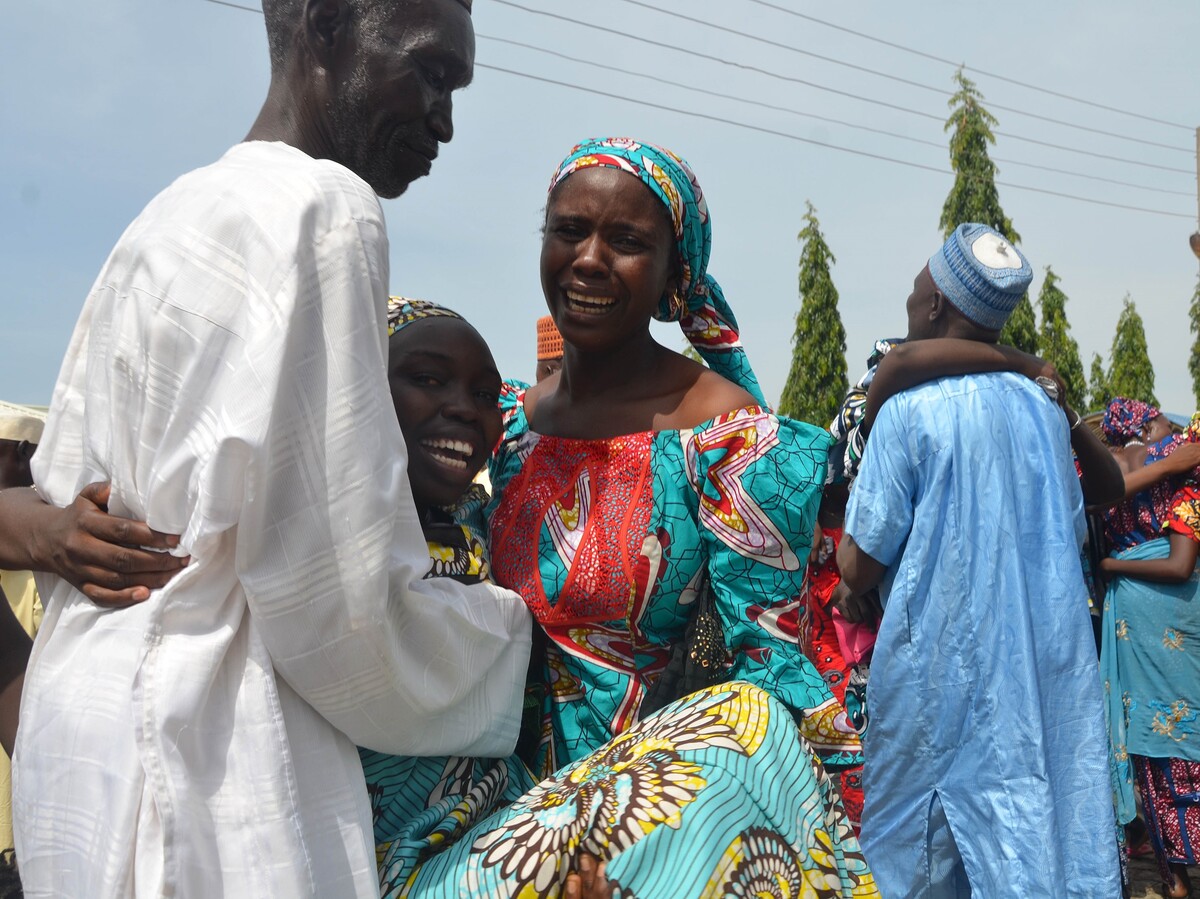 The recently released Chibok girls reunited with their families amidst laughter and tears in the Nigerian capital of Abuja. Still, 113 girls are being held by Boko Haram militants.

After more than three years in captivity, 82 of the Chibok schoolgirls have been reunited with their families amid tears, laughter, music and dancing. On an emotional day in the Nigerian capital city, Abuja, the young women and their parents wept as they embraced.

Some groups sank to their knees, giving praise and praying.

"Today I thank God, my daughter is alive," Yahi Bulata told NPR's Ofeibea Quist-Arcton as he hugged his now 21-year-old daughter, Comfort Bulus Bulata. He said he hoped she would now be able to continue her education. Mothers sang a song of thanks.

Jumping for joy, dancing and singing with delight, Godiya Joshua described it as "Christmas Day and New Year" rolled in one, before being reunited with her eldest child, Esther.

The 276 Chibok schoolgirls were abducted in the dead of night from their dorms by Boko Haram militants in April 2014, prompting international outrage and the Bring Back Our Girls campaign — backed by former first lady Michelle Obama. The girls who were reunited with their families Saturday were part of a recent exchange brokered by the Nigerian government with the help of the government of Switzerland, the Red Cross and other NGOs.

Three young women who've escaped are also included in the group. One girl escaped last May and two more escaped or were found last year. An initial group of 21 was released in October and was reunited with their schoolmates Saturday. The young women sang and danced separately and together.

Despite the celebratory atmosphere, 113 of the Chibok girls are still being held by the terrorist group. According to Nigerian psychologist Fatima Akilu, head of the Neem Foundation helping survivors of Boko Haram's extremist violence, the girls symbolize a much greater problem in troubled northeastern Nigeria. She specializes in deradicalization and reintegration and says her NGO is helping hundreds of people — girls, boys, men and women — who've survived captivity, like the Chibok girls, but are not in the public eye.

"A lot of people are not aware of the scale of the problem," Akilu told Quist-Arcton. "Resources should be scaled up to include the voiceless victims that don't really have this big megaphone that has highlighted their plight." According to Human Rights Watch, hundreds of other children are still missing in Northeast Nigeria, though the Chibok girls have gotten the most attention.

There are also lingering questions about the status of the girls who have been freed. Though the 82 girls released two weeks ago are seeing their families today, they will not go home with them to remote, rural Chibok. They are to remain in the care of the government, for medical and psychological evaluation, as well as military debriefings, followed by a rehabilitation and reintegration program.

As NPR has reported previously, 21 other girls who were released last year are still in government care as well. "The Nigerian government maintains that these are security precautions to protect the girls from the stigma, ostracism and discrimination commonly faced by those returning from Boko Haram captivity."

Nigeria's Minister of Women Affairs, Aisha Jummai Alhassan, dismissed criticisms that the freed young women were being kept from their families. She said their parents can visit them at any time, and that the young women are there by choice.

"It is easier for them to get over the trauma while outside Chibok," Alhassan told journalists last week.

NPR's Ofeibea Quist-Arcton contributed to this report from Abuja.