Accessibility links
4 Climbers Killed In Deadly Week On Mount Everest : The Two-Way An American doctor who was trying for a second time to conquer the mountain after surviving an avalanche in 2015 was among those who died. 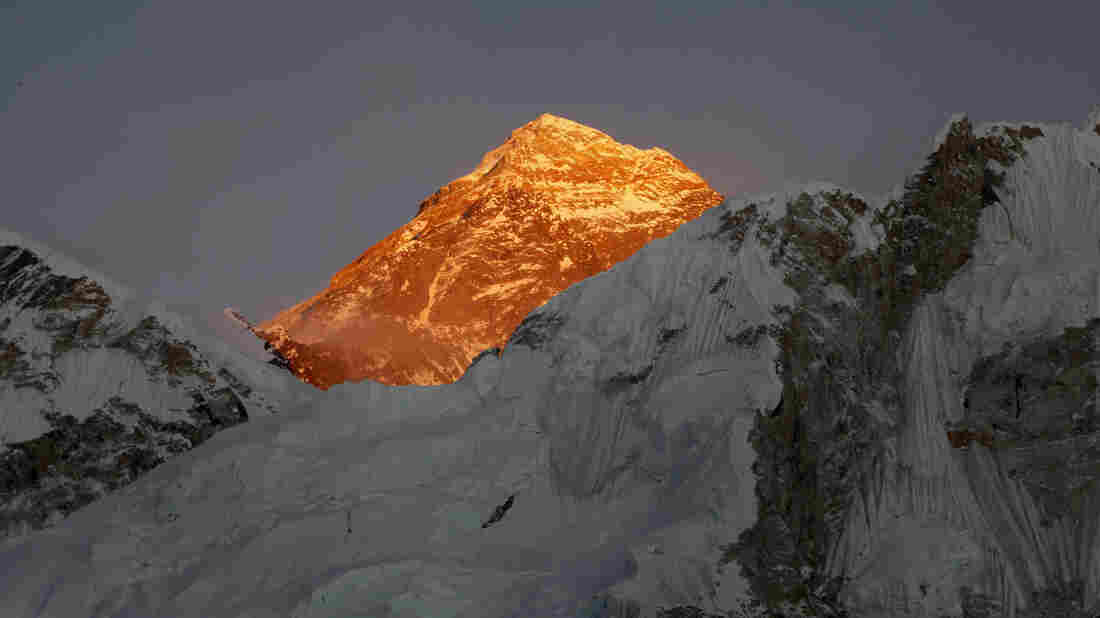 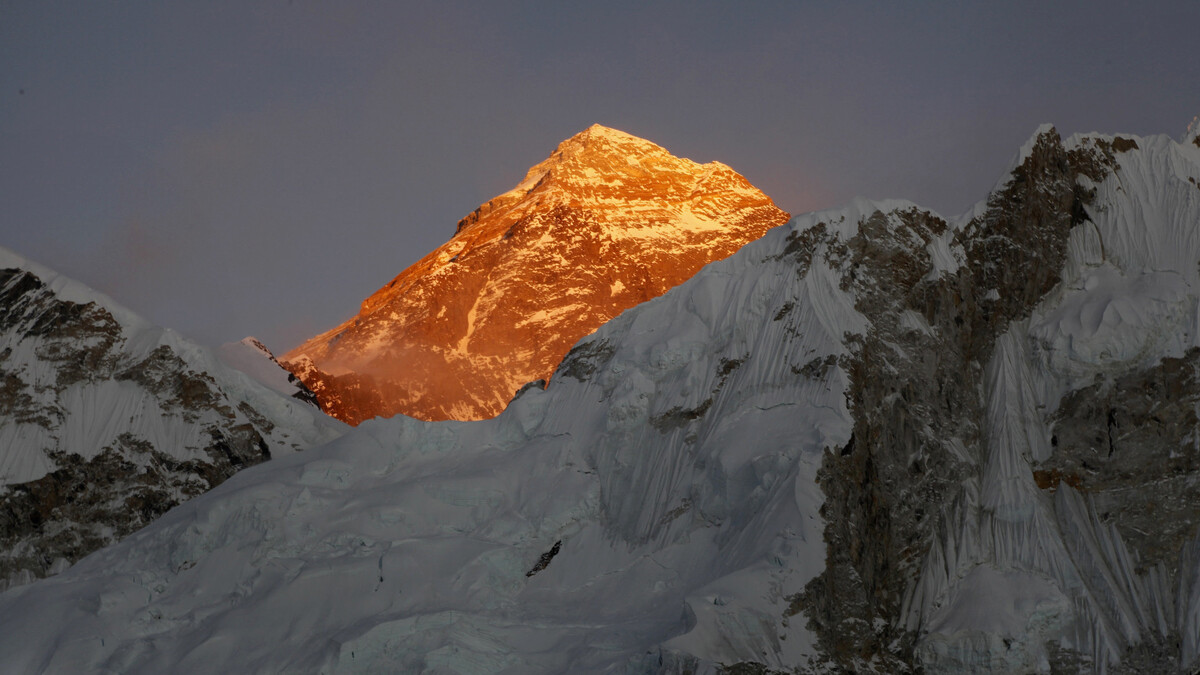 The Nepalese Tourism Department has reportedly issued a record 371 permits this year to scale Mount Everest.

Four people died on Mount Everest in the past week, bringing the number of climbers killed on the mountain during the current spring climbing season to six.

The death toll from the past week had stood at three, with one person missing, until the body of Ravi Kumar of India was spotted by Sherpas on Monday. Kumar, 27, became ill after reaching the summit on Saturday and apparently fell 650 feet, according to The Associated Press. Rescue crews were unable to retrieve his body.

An American doctor also was among those who were killed. Roland Yearwood of Georgiana, Ala., was trying for a second time to conquer the mountain after surviving a 2015 avalanche triggered by an earthquake that left thousands dead.

The circumstances around Yearwood's death on Sunday were still unclear, but The Washington Post reports the weather was so bad that many climbers had to turn around halfway up the summit because of high winds.

According to a profile on the Georgiana Medical Center's website, Yearwood had been trying to climb the highest peaks on each of the world's seven continents.

The other two climbers who perished Sunday were Australian climber Francesco Enrico Marchetti and Vladimir Strba of Slovakia.

Reuters reports that Marchetti, 54, apparently died of altitude sickness as he approached the summit some 27,230 feet above sea level. Navin Trital of Expedition Himalaya, the company that helped coordinate that climb, tells the news service that Marchetti "died while being brought down to a lower camp."

Strba, whose age has been reported as 48 and 50, died at around 27,500 feet above sea level on the Nepali side of the mountain in the so-called death zone, where the air is very thin, according to Reuters. However, the circumstances surrounding his death were not entirely clear.

"The Nepalese Tourism Department issued a record 371 permits this year to people to scale the mountain. The increased number of climbers this year is likely because many people were unable to climb in 2014 and 2015, when deadly avalanches disrupted the climbing seasons."

The number of mountaineers "has fueled concerns about safety issues on the mountain, which continues to suffer environmental degradation," reports The Post, which adds:

"Veteran climber Tim Mosedale wrote on his Facebook page earlier this month that little remained of the famed 'Hillary Step' — the near vertical wall of rock that is one of the final tests before the summit — but Nepal officials are disputing that, saying it was covered in heavy snow."

And yet on Sunday, according to the newspaper, about 60 climbers successfully made it to the summit on the Nepali side.

"From the moment it was identified as the highest mountain, it became an object of fascination," historian and author Maurice Isserman tells LiveScience. "There are more interesting mountains to climb. There are more beautiful mountains. But it's a trophy. It's the biggest."