Accessibility links
South African Man Crushed To Death By Wounded Elephant : The Two-Way Theunis Botha was leading a hunting group when the elephant charged and lifted him up in the air. At that point, a member of Botha's party fatally shot the animal. 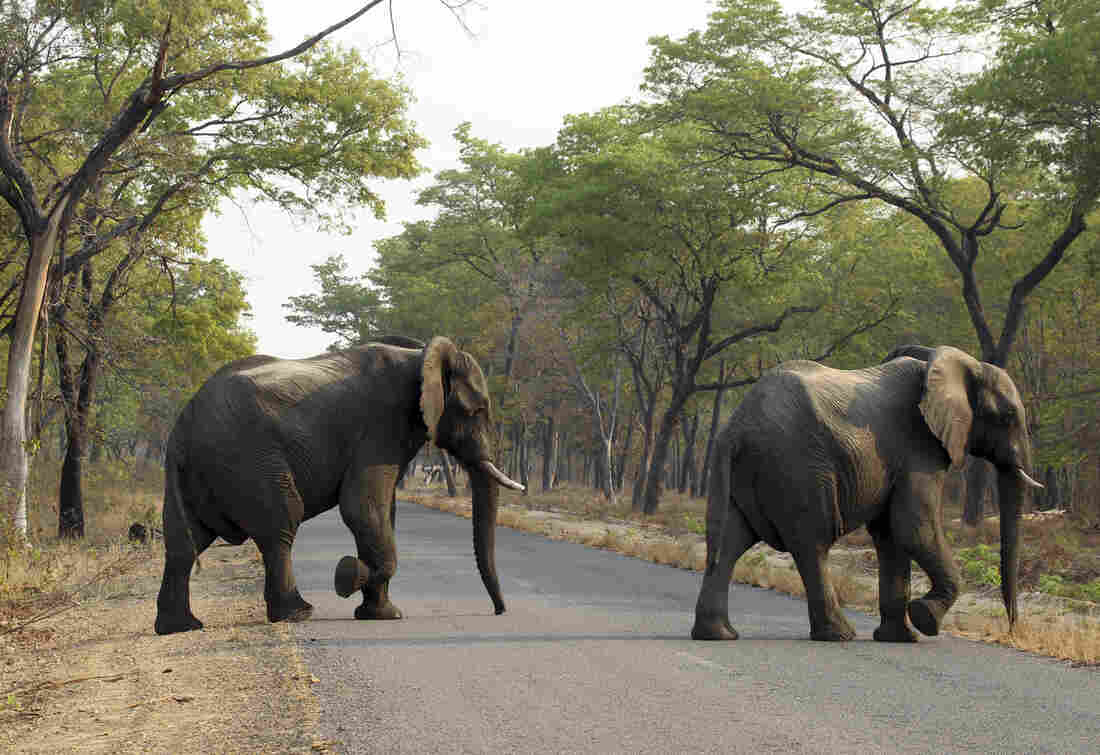 Elephants cross the road at Hwange National Park, Zimbabwe in 2015, not far from where an elephant crushed a man to death on Friday. Tsvangirayi Mukwazhi/AP hide caption 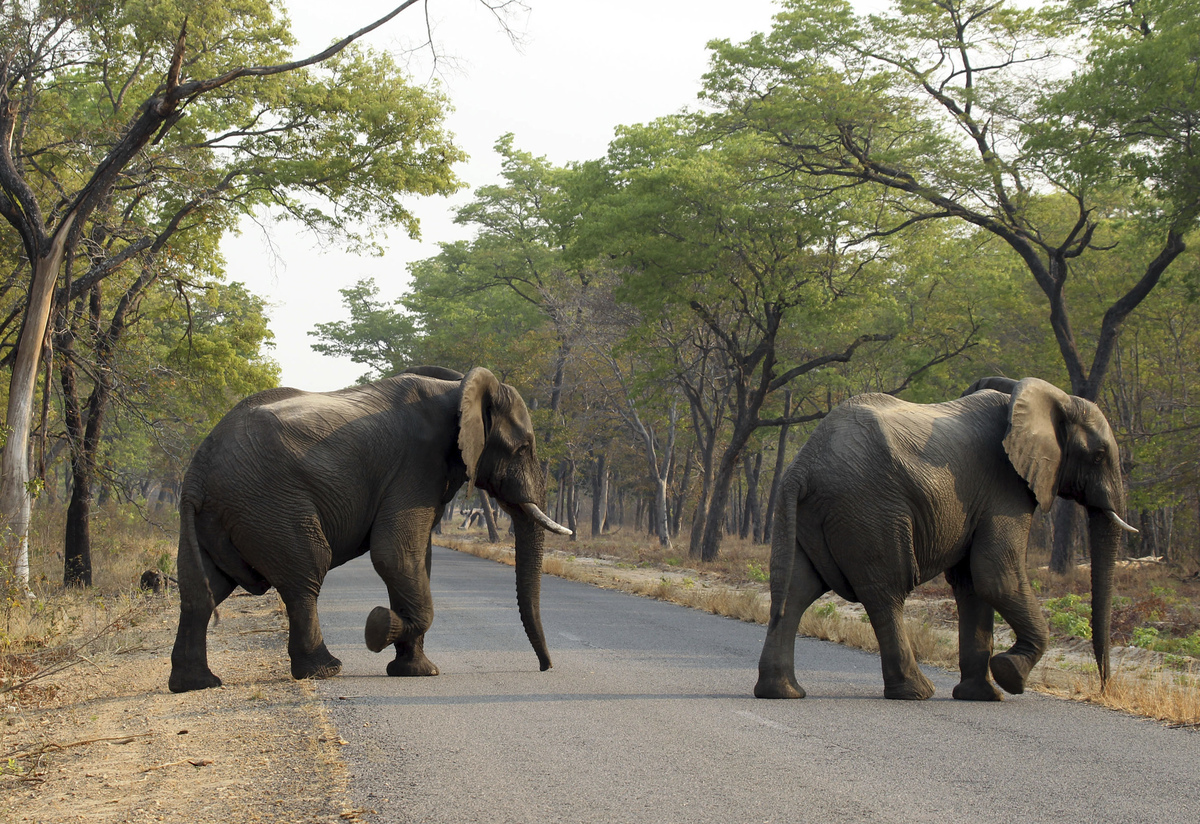 Elephants cross the road at Hwange National Park, Zimbabwe in 2015, not far from where an elephant crushed a man to death on Friday.

A South African professional hunter died Friday after being crushed by an elephant after the animal was fatally shot on a game reserve in Zimbabwe.

Theunis Botha, 51, was leading a hunting group when they stumbled upon a breeding herd of elephants at the Good Luck Farm near Hwange National Park, Zimparks spokesman Simukai Nyasha tells The Telegraph.

Botha focused on three female elephants charging the group but was caught unaware by a fourth coming at him from the side, according to the South African news site News24. That elephant was lifting him with her trunk when a member of his group shot the animal. The elephant then collapsed on Botha, crushing him.

Botha ran Theunis Botha Game Hounds Safaris specializing in leopard and lion safaris in South Africa, Zimbabwe and Mozambique. He claims to have pioneered a European-style of hunting in the region using hounds to help flush out the prey. Botha would often travel to the United States to find wealthy customers to take part in the trips, according to the Telegraph.

His bio on the company's website says Botha was a native of South Africa, "raised in the ways of the bush and its people." It goes on to say "Theunis embraced his heart's passion and engaged in fulltime big game hound safaris in and around South Africa."

Last year, Zimbabwean tourist Stephen Coetzee was trampled to death by an elephant in Hwange National Park while taking pictures. Like Botha, Coetzee was caught unaware by the approaching female elephant, this one with her calf, reports Zimbabwe's Radio VOP.

Hwange National Park is also where an American big game hunter tracked and shot dead the beloved Cecil the lion in 2015, sparking an international outcry.

Botha leaves behind a wife and five children reports the BBC.