Accessibility links
NFL Relaxes End Zone Celebration Rules : The Two-Way The NFL commissioner says the changes are intended to deliver "a more exciting game experience." The league will still penalize celebrations deemed offensive or that mimic the use of weapons. 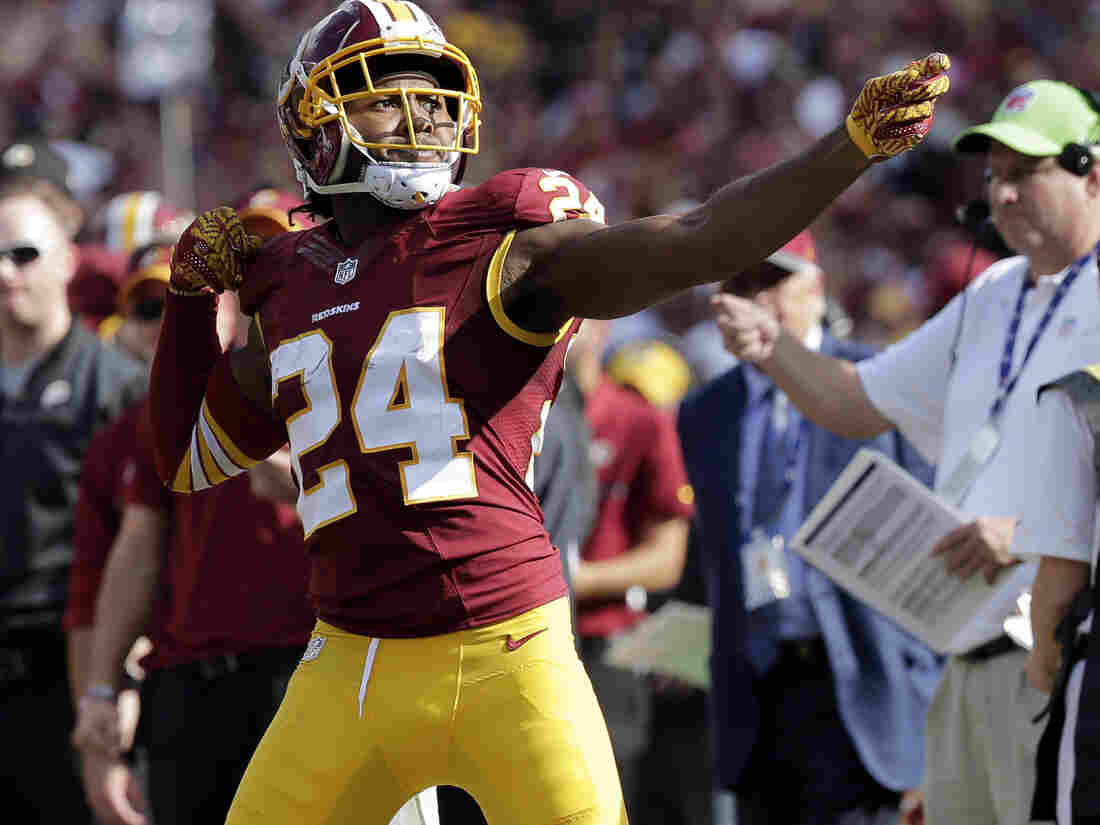 Washington's cornerback Josh Norman was fined after he celebrated his interception with a "bow and arrow" gesture during a 2016 game against the Cleveland Browns. Chuck Burton/AP hide caption 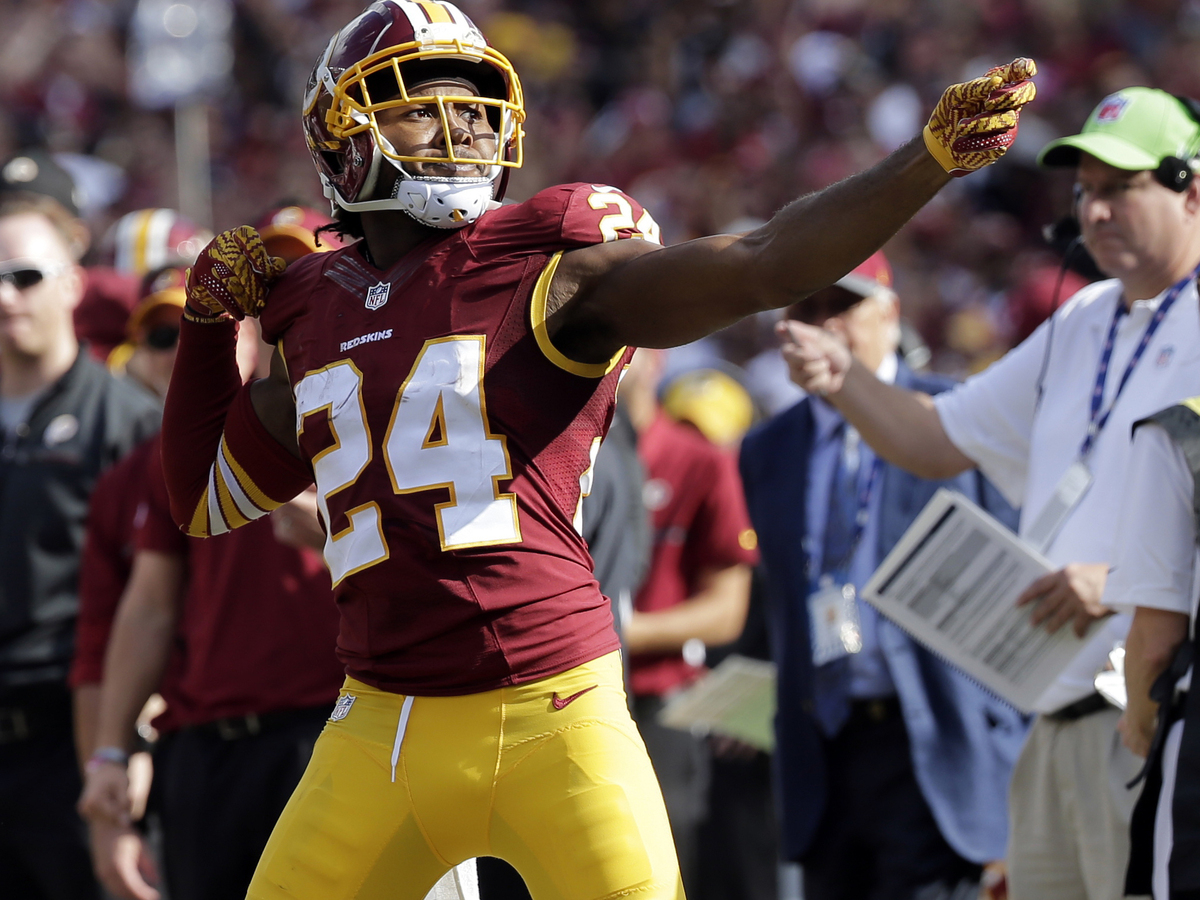 Washington's cornerback Josh Norman was fined after he celebrated his interception with a "bow and arrow" gesture during a 2016 game against the Cleveland Browns. 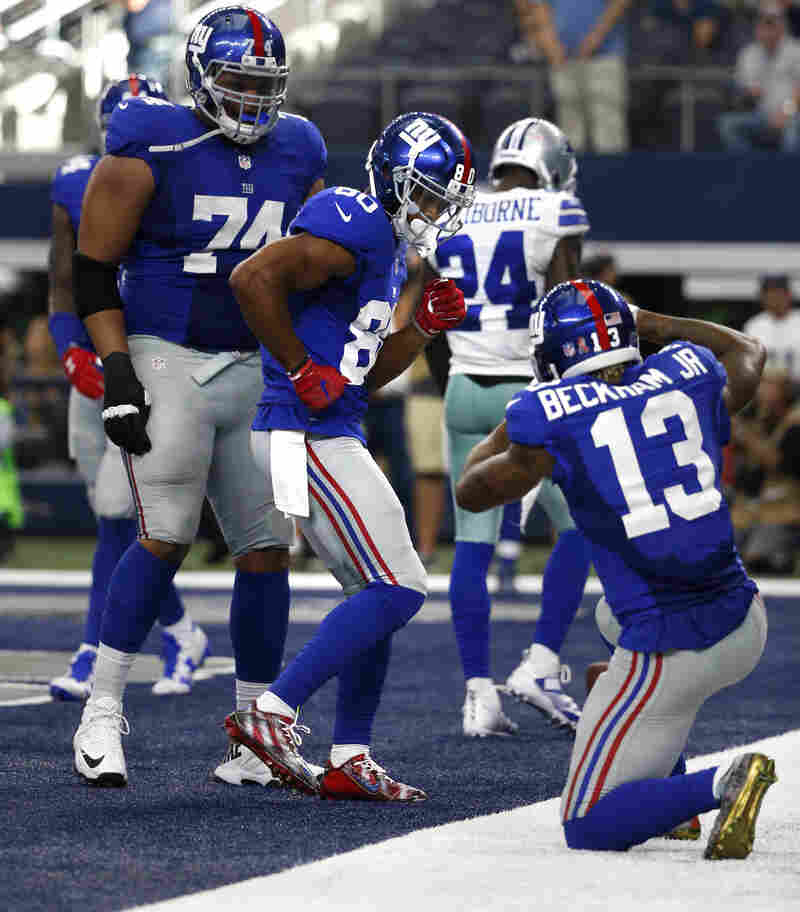 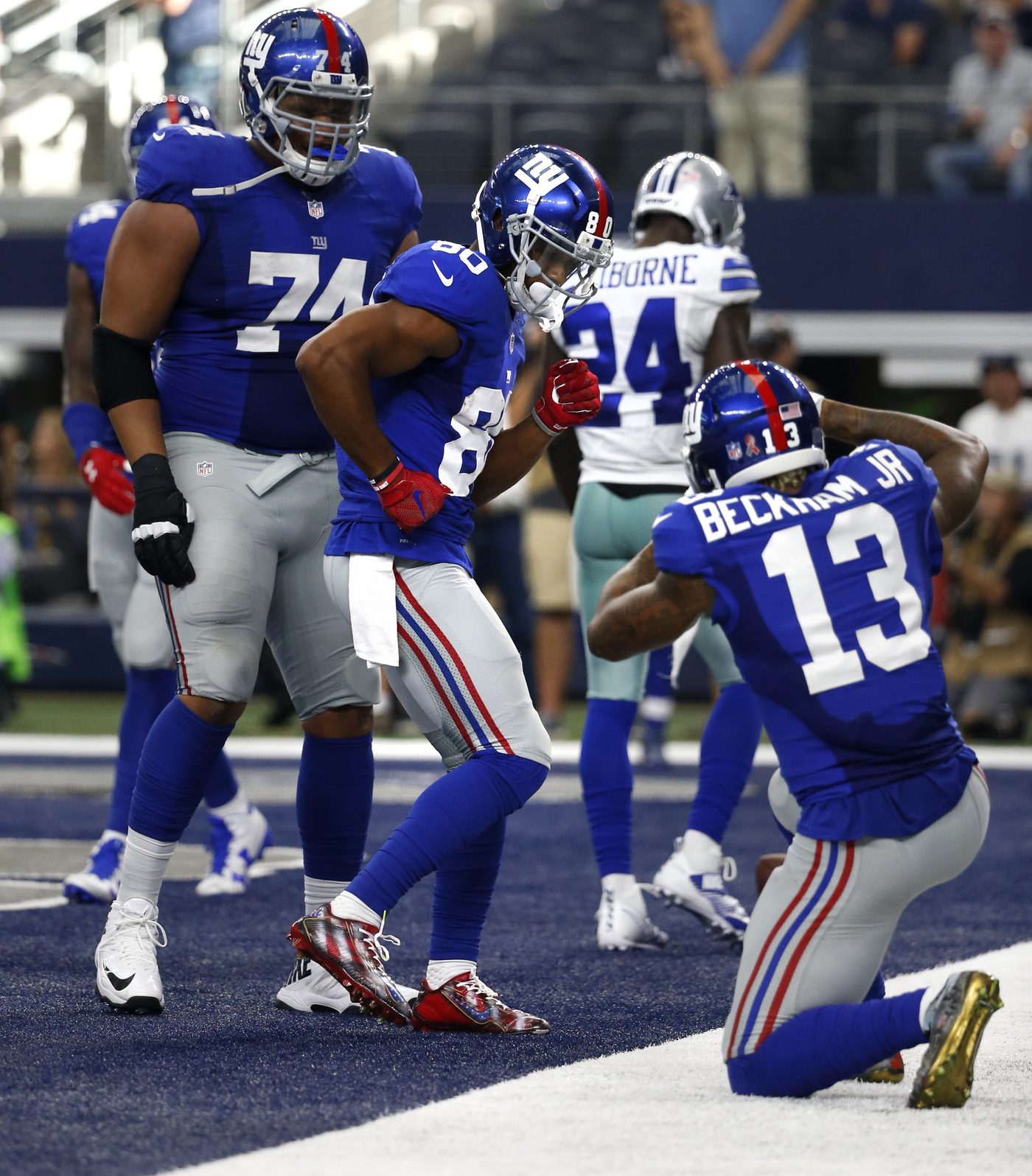 The National Football League announced three changes to the game on Tuesday, but the one getting most of the attention has to do with end zone celebrations.

For years, the league has limited how players could celebrate following touchdowns, and for how long.

The rules have been loosened for the 2017 season — allowing players to again use the football as a prop, celebrate as a group and roll around on the ground if they like.

Fans have long wanted the NFL to lighten up.

Commissioner Roger Goodell told reporters that the moniker "No Fun League" had been thrown around since he was an intern in the league office.

Celebration Station is a feature of the NFL Network that shows the weekly top NFL end zone celebrations.

Goodell also said he was looking forward to seeing what players would do with their newfound freedom of expression.

But the league isn't getting carried away, either. It will still penalize any celebration deemed offensive or in bad taste, including those that embarrass opponents or mimic the use of weapons.

"There is no set time limit on how long such celebrations can continue. But the league is placing an emphasis on speeding up the pace of games. The 40-second play clock will begin once an official signals a touchdown and teams will have to snap the ball for their extra-point play by the end of the clock.

"League officials will review celebrations during the preseason and anticipate providing guidance as the regular season progresses. Former player Jon Runyan, who is in charge of on-field disciplinary actions, will decide the fines. Two other former players, Derrick Brooks and James Thrash will hear appeals for players."

Coaches were concerned that too many players were exhausted and risked injuries at the end of the extra period. The change will include all preseason, regular season and playoff games — postseason games cannot end in ties.

And the league announced a shift to its upcoming Super Bowl hosting schedule. Tampa, Fla., now has the 2021 game. It was originally scheduled to be played in Los Angeles, but construction of the new stadium in Inglewood, Calif., has endured delays because of unusually wet weather.