Accessibility links
Vermont's Governor Vetoes Recreational Pot Bill : The Two-Way The governor said he is "not philosophically opposed" to legalization, and that he'll work with the legislature to change some points. The bill resembles D.C.'s "home-grow" approach to marijuana. 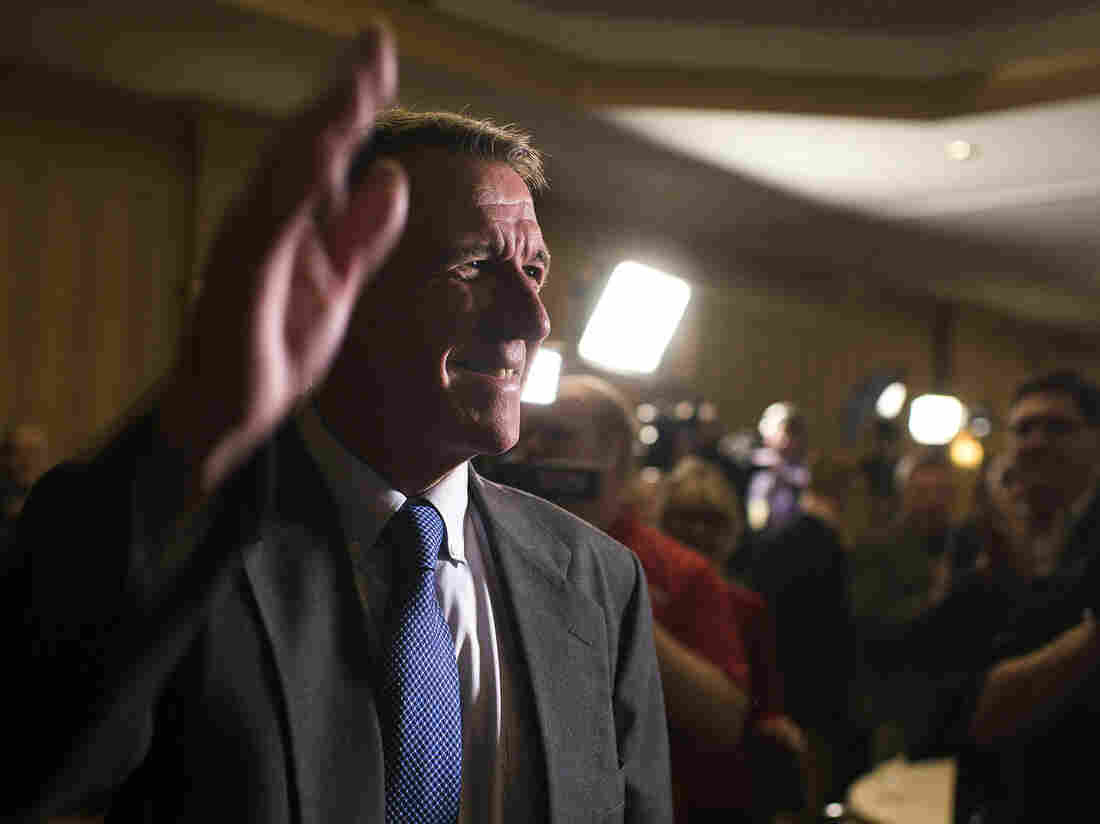 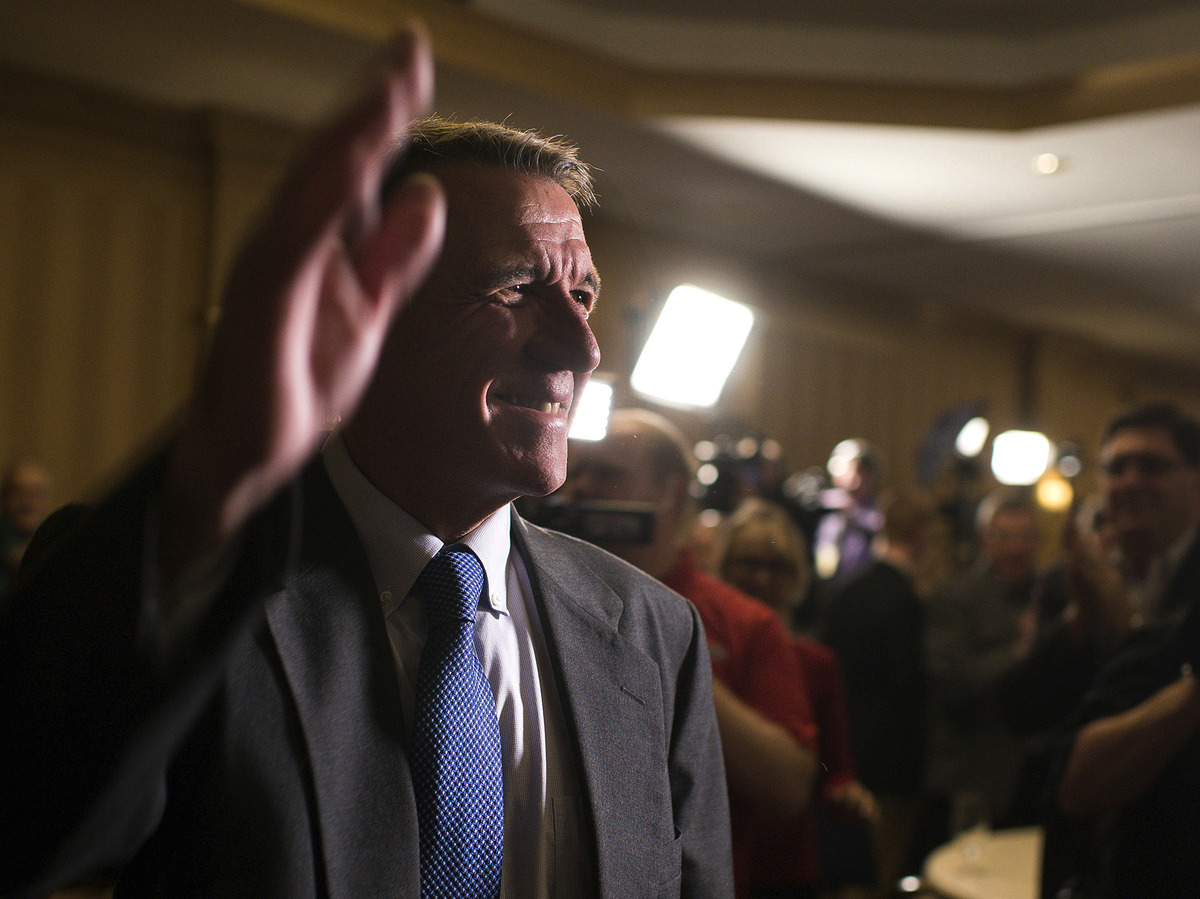 Republican Governor Phil Scott announced Wednesday he would veto the Vermont legislature's bill to legalize recreational marijuana. Above, the governor waves to supporters on election night in November.

Vermont Governor Phil Scott, a Republican, said on Wednesday he was vetoing a bill to legalize marijuana, and sending it back to the legislature for changes.

"We must get this right," Scott said in prepared remarks at a press conference today. "I think we need to move a little bit slower."

Though he said he views the issue "through a libertarian lens," Scott vetoed the bill due to concerns about detecting and penalizing impaired drivers, protecting children, and the role and makeup of a Marijuana Regulatory Commission.

The governor said he is "not philosophically opposed" to legalization, "and I recognize there is a clear societal shift in that direction." He said he'll send recommended changes to the the Democratic-majority legislature, and that if they address his concerns, "there is a path forward on this issue."

One point that the governor wants the commission to tackle is establishing "how impaired is too impaired," according to Rebecca Kelley, the governor's communications director, as well as exploring what devices might be effective in detecting that impairment. But as NPR's Tovia Smith has reported, police "do not yet have reliable roadside toxicology tests that can say for sure if someone's too high to drive in the way a breathalyzer or blood test can show if someone's too drunk."

Despite the illegality of its recreational use, the Vermont Department of Health found that the state has among the "highest prevalence of marijuana use" across all age groups, and the second highest of all states among those age 12 to 25. Recreational use of marijuana is currently legal in eight states and the District of Columbia.

If Vermont's bill had not been vetoed, it would have been the first state to legalize recreational marijuana via a legislative body, not a public referendum. In November, California, Maine, Massachusetts, and Nevada voters legalized recreational pot; Arizona voters rejected it.

According to the National Conference of State Legislatures, 19 states have bills pending that would legalize marijuana for adults; more than half of states allow medical use of marijuana.

In Vermont, the bill's journey through the legislature shows the variety of approaches that states are considering. As Vermont Public Radio reports,

"The House and Senate had been split on what kind legalization framework is best for Vermont. The Senate favors a 'tax and regulate' approach, with licensed growers and state-sanctioned retail outlets.

"The House, meanwhile, supported a law similar to one in place in Washington, D.C., which removes all criminal and civil sanctions for possession of small amounts of marijuana, but leaves in place prohibitions against sales and large growing operations.

"Until recently, it appeared the two chambers would be unable to resolve those competing philosophies this year. But a late-session compromise bill — it would have adopted the House framework, but created a commission to study a tax and regulate approach — won support in both chambers."

An editorial in today's New York Times praised Vermont's bill, calling it an "earthier, grow-it-yourself approach" that like D.C.'s law, "falls somewhere between criminalizing use of the drug and creating a market in which businesses have an incentive to encourage marijuana use."

"Prohibition has failed and causes approximately 100,000 Vermonters to be labeled lawbreakers," Zuckerman said, according to WPTZ, the NBC affiliate in Burlington. "Vermont is now lagging behind other states in the region and is missing opportunities to capture revenue from an underground market that would allow us to address highway safety, drug education and treatment, and other needed state investments to reduce the temptation of drug use."