Accessibility links
British Police Decry Apparent U.S. Leaks Of Manchester Attack Evidence : The Two-Way Information and photos related to the Manchester investigation have been published in the U.S. press. British Prime Minister Theresa May said she would raise the issue with President Trump. 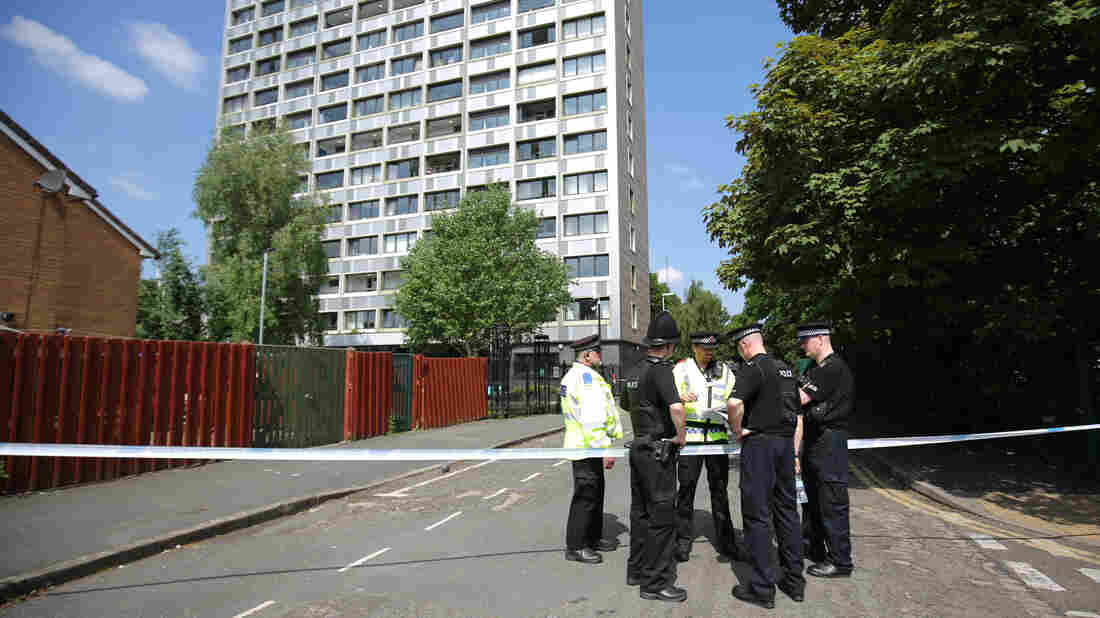 Police seal off Lindy Road in Manchester, England, on Thursday as the investigation into Monday night's attack continues. Greater Manchester Police are treating the explosion at an Ariana Grande concert as a terrorist attack and have confirmed at least 22 fatalities. Christopher Furlong/Getty Images hide caption 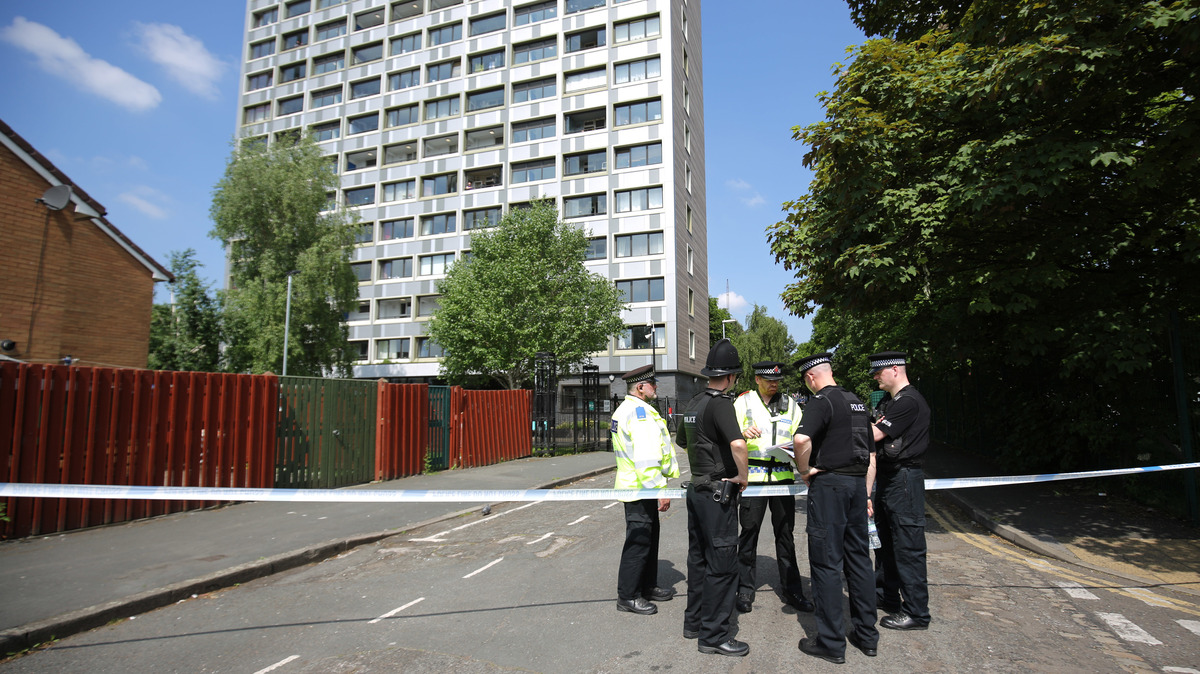 Police seal off Lindy Road in Manchester, England, on Thursday as the investigation into Monday night's attack continues. Greater Manchester Police are treating the explosion at an Ariana Grande concert as a terrorist attack and have confirmed at least 22 fatalities.

Police in Manchester, England, decided to stop sharing some intelligence with the U.S. after details from their ongoing terrorism investigation were apparently leaked to the American press, the city's mayor told CNN.

President Trump pledged that the source of the leaks will be identified. Trump said in a statement that he has directed the Department of Justice to open an investigation — and that "if appropriate," the person responsible will be "prosecuted to the fullest extent of the law."

The investigation into the Monday night bombing at an Ariana Grande concert, which killed at least 22 people, has resulted in multiple arrests.

On Thursday multiple media outlets reported that the Greater Manchester Police had decided to stop sharing information about the investigation with U.S. intelligence experts. Other forms of cooperation between the two countries will continue, NPR's Frank Langfitt reports from London.

Manchester police have not commented since, although a national counterterrorism official said in a statement that his agency has received "fresh assurances" from international partners and is working closely with international law enforcement groups, including the U.S.

But one thing is very clear: U.K. officials are upset about the leaks, which they blame on U.S. officials.

What We Know About The Suspect In The Manchester Arena Bombing

"They hate it," Frank says. "They're angry; they're frustrated."

On Tuesday, "U.S. officials" named the suspected attacker as Salman Abedi, hours before the British authorities released that identity. On Wednesday morning, an NBC reporter said he had heard from a U.S. intelligence official that Abedi's family had warned authorities about him in the past.

And late on Wednesday, The New York Times published photos of items "found on the scene in Manchester," including possible switches and power sources for the bomb. The piece said the analysis was based on "evidence photographed and collected at the crime scene and distributed by British authorities."

There's a cultural contrast between how the police in the U.S. and in the U.K. approach these kinds of attacks, Frank reports from London. Where U.S. law enforcement might release a name sooner, British investigators are more likely to keep it quiet.

Frustration has been expressed at every level of British government. The mayor of Manchester, Andy Burnham, called the leaks "arrogant, wrong and disrespectful."

"The British police have been very clear they want to control the flow of information in order to protect operational integrity — the element of surprise," she said, according to the BBC.

And the prime minister very tactfully signaled her displeasure.

"I will make clear to President Trump that intelligence that is shared between our law enforcement agencies must remain secure," British Prime Minister Theresa May said Thursday. The two leaders spoke Thursday on the sidelines of a NATO summit in Brussels.

It's not just the British who are expressing outrage, either. The acting U.S. ambassador to Britain, Lewis Lukens, called the leaks "reprehensible" and "deeply distressing" in an interview on BBC radio.

"We have had communications at the highest level of our government" about the leaks, Lukens said, according to the BBC. "We are determined to identify these leaks and to stop them."

And Trump called the allegations "deeply troubling," saying he has asked the Department of Justice to "launch a complete review of this matter."

Allegations that the U.S. is mishandling intelligence from an ally has already been in the news this month — after Trump spoke with senior Russian officials in the Oval Office and reportedly described highly classified intelligence that was not supposed to be shared.

And since Trump took office, he and other Republicans have repeatedly expressed frustration about leaks within the U.S. intelligence community, particularly of damaging information about Trump and his associates. (As NPR's Greg Myre has noted, "Leaking classified information is a crime, but it's also one of the most popular sports in the capital and is the bane of every administration.")