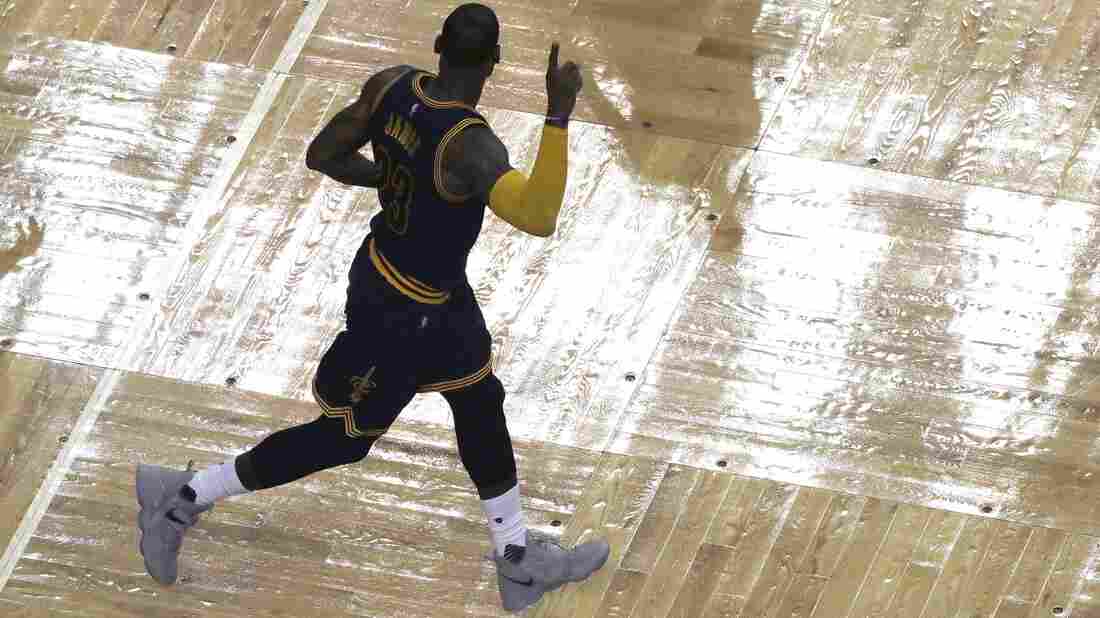 Cleveland Cavaliers forward LeBron James celebrates his three-point basket during the second half of Game 5 of the Eastern Conference finals against the Boston Celtics on Thursday in Boston. The points made James the NBA's all-time leading playoffs scorer. Charles Krupa/AP hide caption 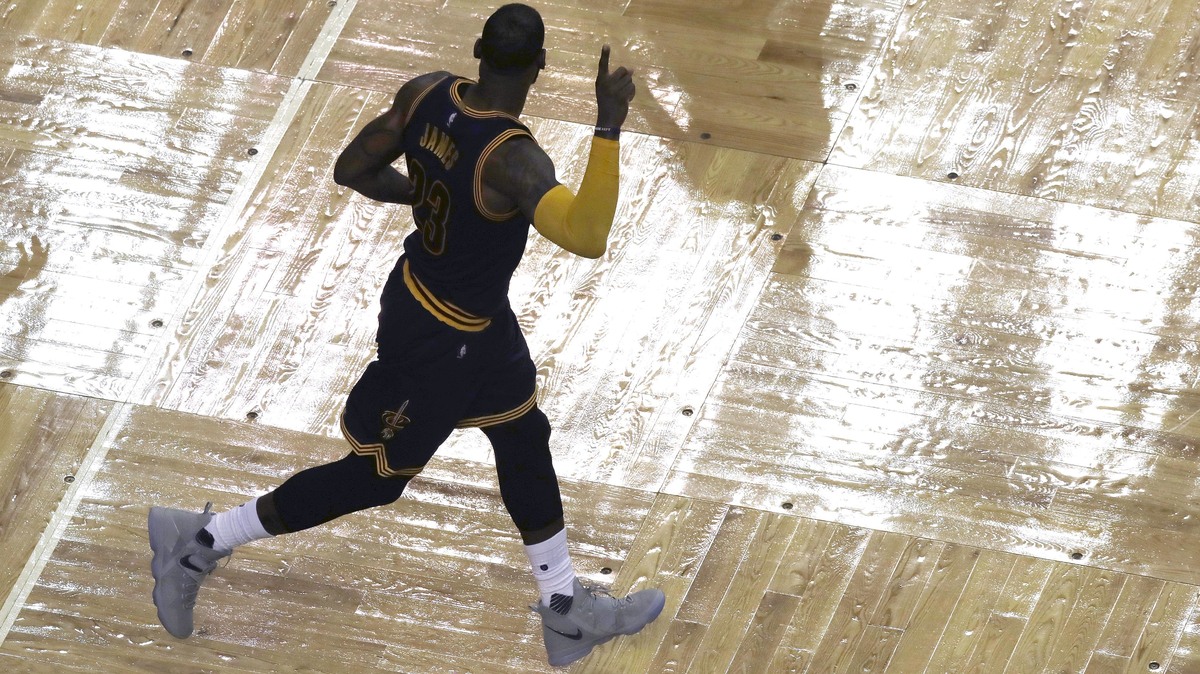 Cleveland Cavaliers forward LeBron James celebrates his three-point basket during the second half of Game 5 of the Eastern Conference finals against the Boston Celtics on Thursday in Boston. The points made James the NBA's all-time leading playoffs scorer.

In a rush to get the holiday weekend rolling? Here are some quick facts about last night's Eastern Conference championship game between the Cleveland Cavaliers and the Boston Celtics:

Before the game was over, James had broken the NBA's all-time playoff scoring list — racking up a career postseason total of 5,995 points and bumping His Airness Michael Jordan down to No. 2. James briefly celebrated breaking the record by raising his right index finger to signal No. 1 as he headed down the court while the game continued.

After the game, James told reporters that he was honored to pass Jordan, who was his childhood idol. Twitter congratulation posts poured in — including one from Magic Johnson.

Congratulations to @KingJames for passing Michael Jordan to become the all time playoff scoring leader!

James needed 28 points heading into the game to surpass Jordan, who had 5,987 points, and he reached the magic number late in the third quarter with a three-point jump shot.

James had a total of 35 points by the end of the third period to reach 5,995 in his career. He then sat out the fourth quarter of his 212th career postseason game.

So it's worth noting that James needed 33 more games to surpass Jordan, but he took the record at a younger age — James is 32 and Jordan was 35.

The Cavaliers beat the Boston Celtics 135-102 to clinch the best-of-seven series 4-1. In the process, Cleveland set an NBA record by winning their 13th consecutive series closeout opportunity.

The win sets up a third consecutive match-up with Western Conference champion Golden State, the team it beat in the finals last season to claim the franchise's first championship.

James will make his seventh straight trip to the Finals.

But the big question remains: Who is the greatest? King James or Air Jordan?

James has three NBA titles while Jordan has six. And while James now leads in the playoff point totals, he still lags Jordan's regular-season point total.

During family gatherings, experts warn it's best to avoid the topics of politics and religion.

If you don't want to rile up friends and relatives over the long weekend, you might also steer clear of the James-Jordan comparison.