Accessibility links
Denis Johnson, Author Of 'Jesus' Son' And 'Tree Of Smoke,' Dies At 67 : The Two-Way The National Book Award-winning novelist was perhaps best known for Jesus' Son, a book of interwoven stories focused on the lives of addicts. A spokesman for his publisher tells NPR he died Wednesday. 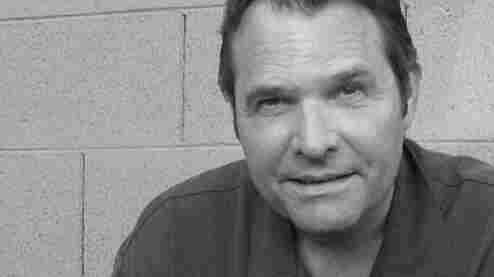 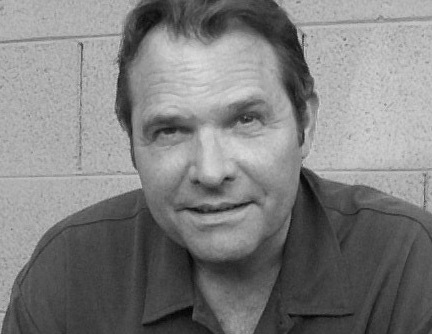 Denis Johnson, the author behind the seminal collection Jesus' Son, has died at the age of 67. A protean stylist who made a career of defying readers' expectations, he crafted fiction, poetry and reportage that was often as unsparing as it was unconventional.

Johnson's publisher, Farrar Straus and Giroux, initially announced that the National Book Award-winning novelist died Thursday, but it later amended the account to say his death came the day before. His literary agent, Nicole Aragi, confirmed that Johnson died Wednesday of liver cancer.

"Denis was one of the great writers of his generation," FSG's president and publisher, Jonathan Galassi, said in a statement Friday. "He wrote prose with the imaginative concentration and empathy of the poet he was."

"He doesn't ever romanticize these dark settings while leaving his narrator open to the fact that, despite it all, we may live in a heartbreakingly romantic world," Englander wrote of Johnson in 2007, adding: "With dialogue that feels like you're getting it verbatim and stripped-down prose, he writes simple, honest stories that have the bigness of great work."

The same year that Englander praised him on NPR, Johnson went on to win the National Book Award for a significantly heftier work — at least in physical size. Tree of Smoke, a deep dive into covert operations during the Vietnam War, only added proof to the notion Johnson was "a fine stylist of the world of soulful disaster," reviewer Alan Cheuse said at the time.

And Johnson, whose novella Train Dreams was also a finalist for the 2012 Pulitzer, proved to be prolific both on the page and off: The author of about 20 books, including several collections of poetry, he pursued journalistic stories in Somalia and Liberia, among other places around the world.

This is a terrible loss. Studying with Denis Johnson was one of the best things that ever happened to me. May he rest in peace.

'And you, you ridiculous people, you expect me to help you.' Denis Johnson.

In Liberia's capital city in 1990, the dogs were doing well "because they feed on human corpses," he wrote in "The Civil War in Hell," a piece included in the nonfiction collection Seek. "The people are starving, but the dogs have put on weight."

"I get bored quickly and try another style, another genre, another form," he told the Los Angeles Times in 2014, around the time he released his 10th novel, Laughing Monsters. "To me the writing is all one thing, or maybe I should say it's all nothing. The truth is, I just write sentences."