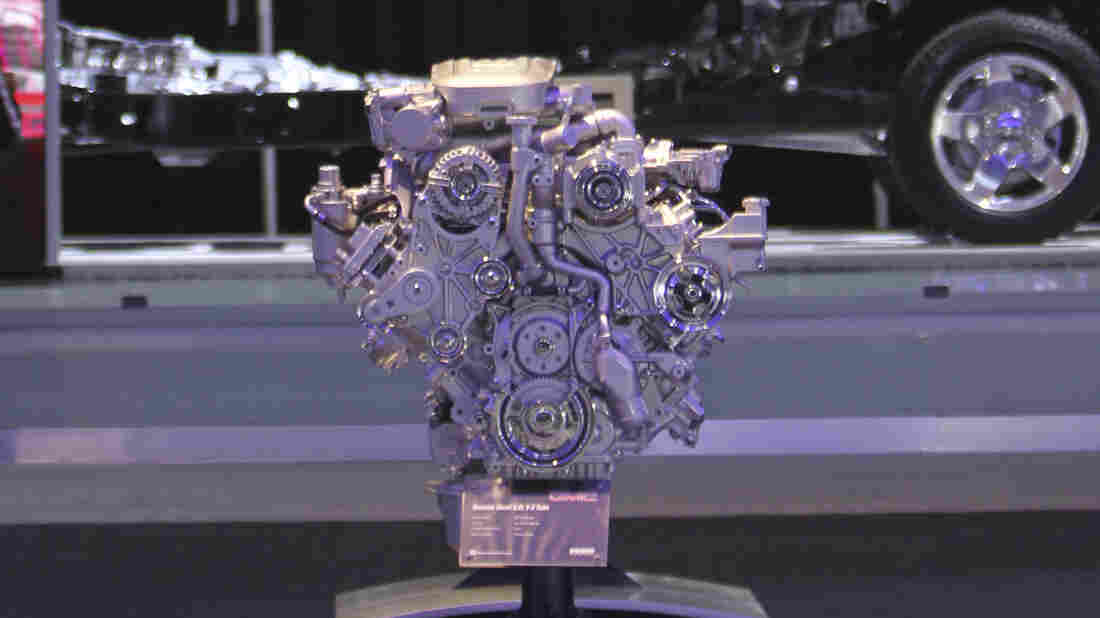 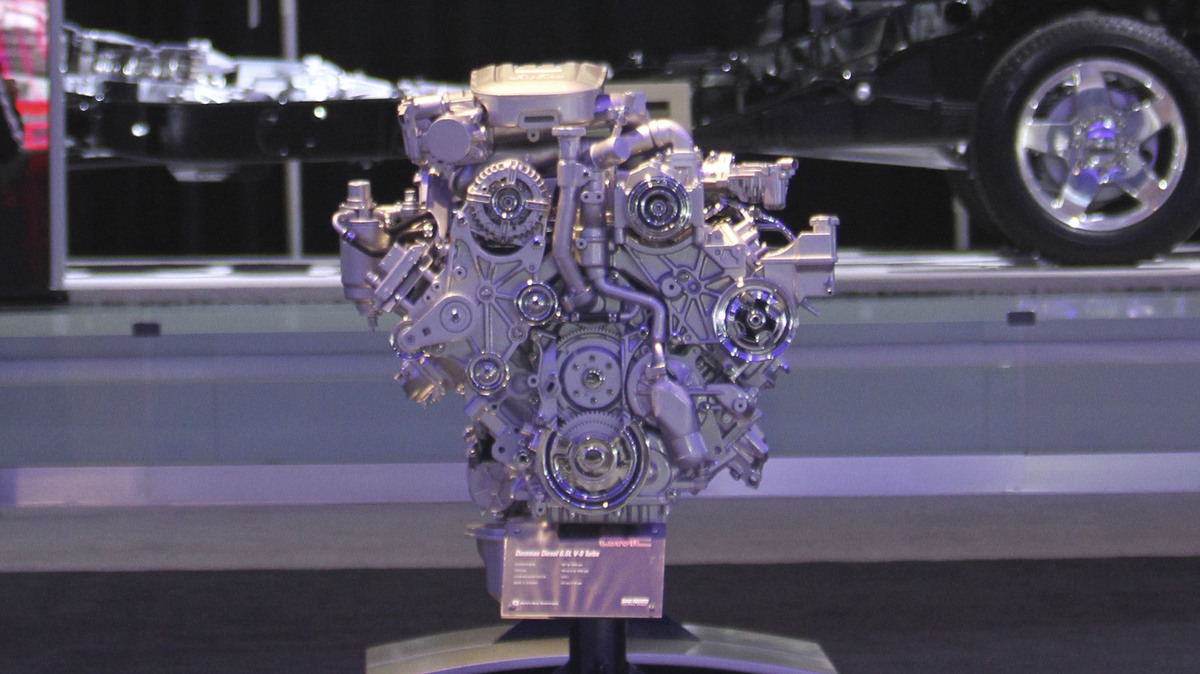 The GMC Duramax Diesel 6.6L V-8 Turbo engine, seen here during the 2011 New York International Auto Show, is at the center of a new lawsuit over emissions.

Two owners of diesel-powered General Motors vehicles are accusing the car maker of producing an engine that exceeds U.S. standards for pollutant emissions under normal driving conditions, in a lawsuit that targets more than 700,000 Silverado trucks and Sierra SUVs.

The class-action lawsuit accuses GM of using "at least three separate 'defeat devices' to increase engine power and efficiency" in its Duramax diesel engines, citing tests on vehicles during several minutes of driving as well as at temperatures outside of the certification range of 68-86 degrees Fahrenheit.

"These claims are baseless and we will vigorously defend ourselves," the company says. "The Duramax Diesel Chevrolet Silverado and GMC Sierra comply with all U.S. EPA and CARB emissions regulations."

In addition to GM, the lawsuit names Bosch, noting that the same Electronic Diesel Control Unit that the parts maker supplied to GM was also used by other manufacturers — most notably by Volkswagen, which was found to have deployed defeat devices in millions of its diesel vehicles worldwide.

While acknowledging that each car maker customized the EDC unit's specifications and software for their own vehicles, the suit states that "Bosch's EDC Unit 17 gave Volkswagen, GM, and other manufacturers the power to detect test scenarios by monitoring vehicle speed, acceleration, engine operation, air pressure, and even the position of the steering wheel."

The suit accuses GM of working with Bosch to use the unit to defeat emissions controls, and of lying about it to U.S. regulators and the public.

When NPR asked the Environmental Protection Agency to comment on the case and whether there had been any issues with the vehicles in question, the agency declined to comment. The California Air Resources Board also said it has nothing to say at this time.

The case was filed in federal district court in Detroit by Andrei Fenner and Joshua Herman. According to the complaint, Fenner of Mountain View, Calif., owns a 2011 GMC Sierra and Herman of Sulphur, La., owns a 2016 Silverado. They say their complaint covers all Duramax models from 2011 to 2016, because GM didn't make substantial changes to the engine.

The lawsuit was filed by attorneys from the Miller Law Firm, which is jointly leading a separate class-action suit against Fiat Chrysler over the car maker's financial reporting.