Accessibility links
CBS' Scott Pelley Out As Evening News Anchor, Shifted To '60 Minutes' : The Two-Way It's unclear how fully Pelley embraced the plan or its timing. His newscast lost 9 percent of its audience from a year ago, despite high interest in the news. CBS has not announced a replacement. 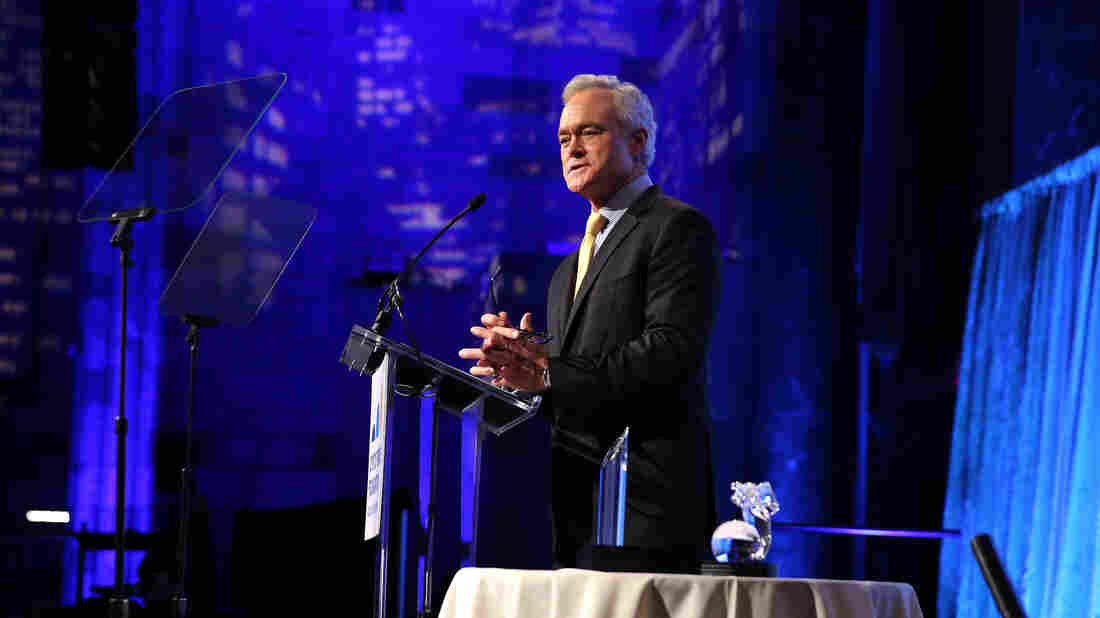 Then-anchor and Managing Editor of the CBS Evening News Scott Pelley hosts the Cystic Fibrosis Foundation's 60th Anniversary Gala in November 2015 in New York. Pelley is leaving the program and will focus more on his work for 60 Minutes. Cindy Ord/Getty Images hide caption 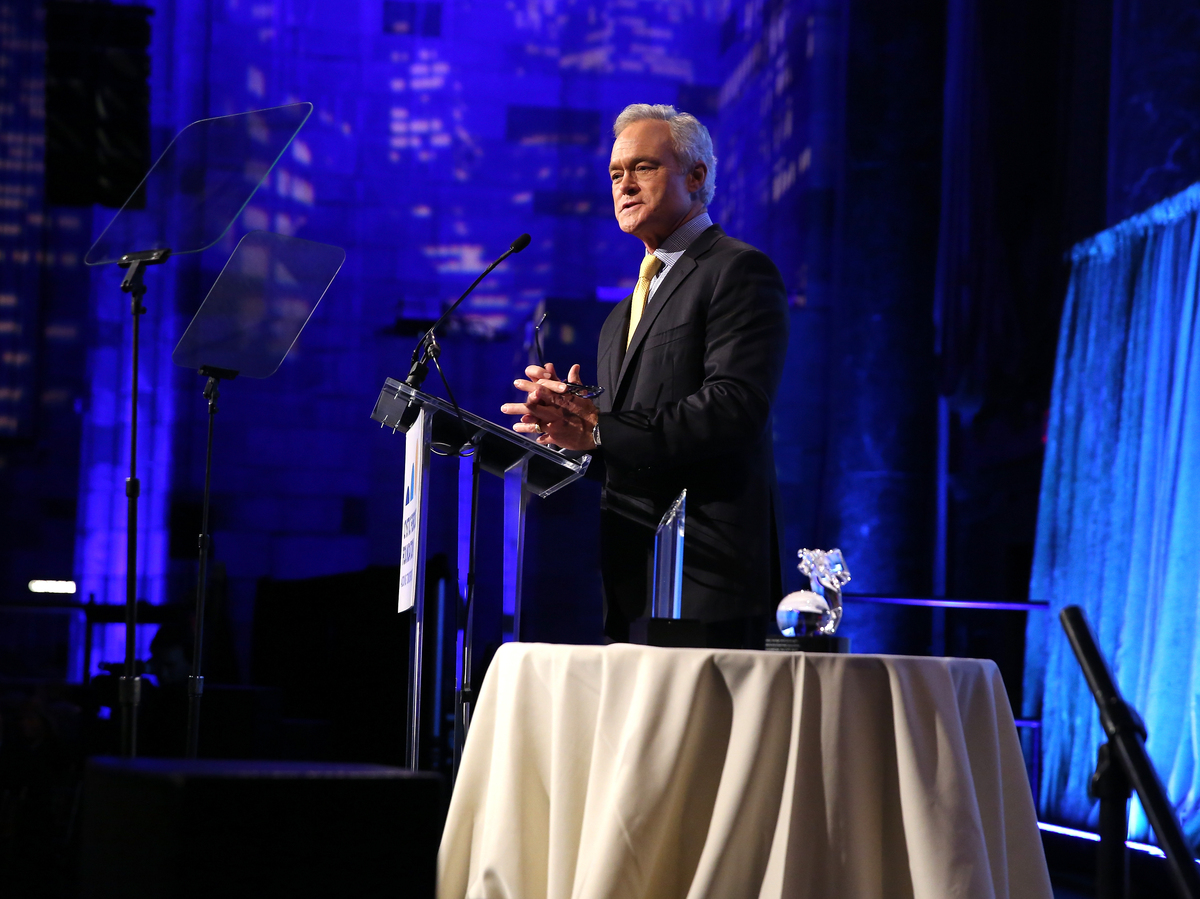 Then-anchor and Managing Editor of the CBS Evening News Scott Pelley hosts the Cystic Fibrosis Foundation's 60th Anniversary Gala in November 2015 in New York. Pelley is leaving the program and will focus more on his work for 60 Minutes.

CBS News is replacing Scott Pelley as anchor of its flagship evening newscast, part of a move intended to shift him full-time to its prestige newsmagazine 60 Minutes, according to a well-placed source at the network.

It is not clear how fully Pelley embraced the plan or its timing; he is away from New York City on a reporting trip for 60 Minutes and ordered his belongings moved out of his office at the evening news, the person at the network told NPR late Tuesday night. Pelley could not be reached for comment.

CBS News appeared to be caught flat-footed as the news leaked out, first reported by the New York Post. The network has not announced a replacement or issued any public statement as of this writing. Possible future anchors could include Norah O'Donnell of CBS This Morning, Elaine Quijano of CBS Weekend News and the network's digital news services, or even, for a time, CBS This Morning host and long-form interviewer Charlie Rose.

Pelley has been direct — at times unsparing — in characterizing the credibility of the Trump White House. His newscast has lost 9 percent of its audience from a year ago, despite high audience interest in the news, according to statistics cited by the industry site TVNewser. Viewership dropped 14 percent in the demographic most sought by advertisers. That said, the other two broadcast networks' nightly newscasts also suffered ratings declines.

Known for his sober and formal style, Pelley has served as a symbol of CBS' embrace of a hard-news ethos to distinguish itself from ABC and NBC. CBS has languished in third place for years, but a more-serious focus brought gains for its morning show and, for a time, the evening newscast.

However, executives have said privately for several years Pelley may prove more valuable as a leading full-time presence on 60 Minutes, and CBS has periodically toyed with the question of how to reinvent the anchor's role and the evening news format. The CBS Evening News is the nation's longest-running nightly television news program, but its anchor does not hold the same role in setting the nation's news agenda that predecessors had a generation or two ago.