Accessibility links
Ohio Sues 5 Major Drug Companies For 'Fueling Opioid Epidemic' : The Two-Way The state's attorney general filed the lawsuit Wednesday, alleging fraudulent marketing. "They knew they were wrong," Mike DeWine says, "but they did it anyway — and they continue to do it." 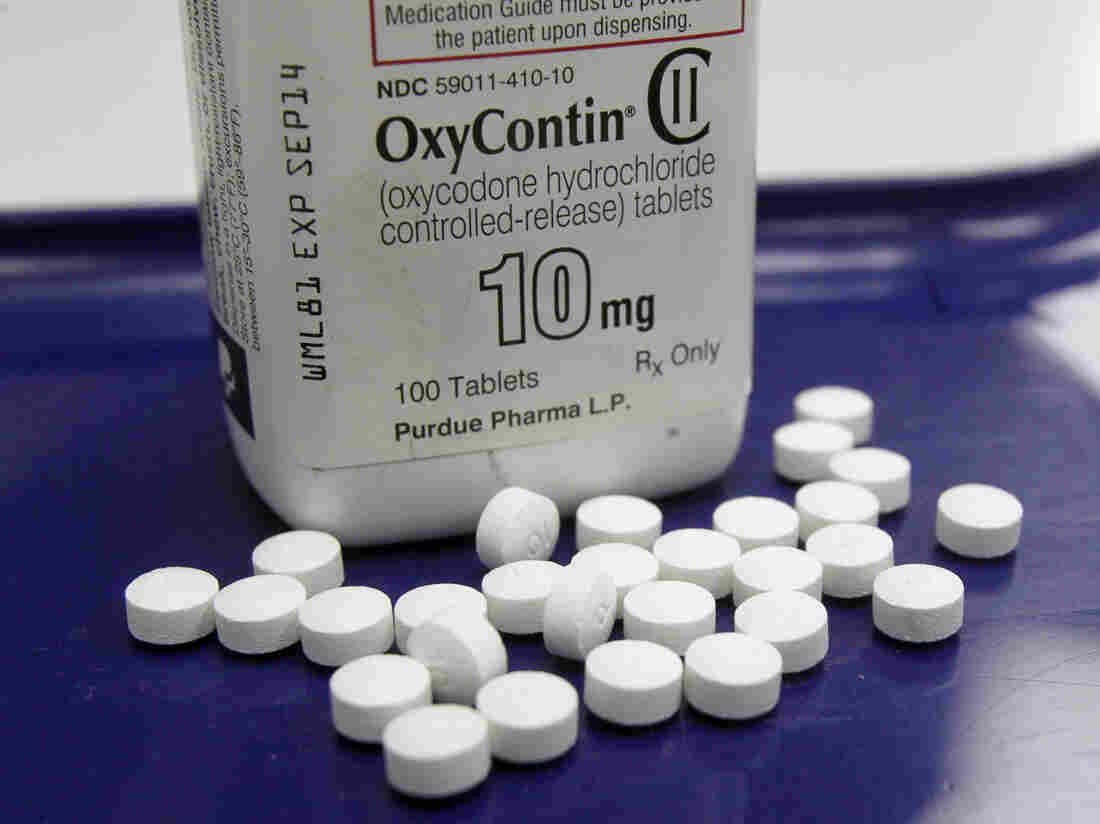 Purdue Pharma, which makes OxyContin, defended its efforts to combat opioid abuse after it was named in the Ohio suit. Toby Talbot/AP hide caption 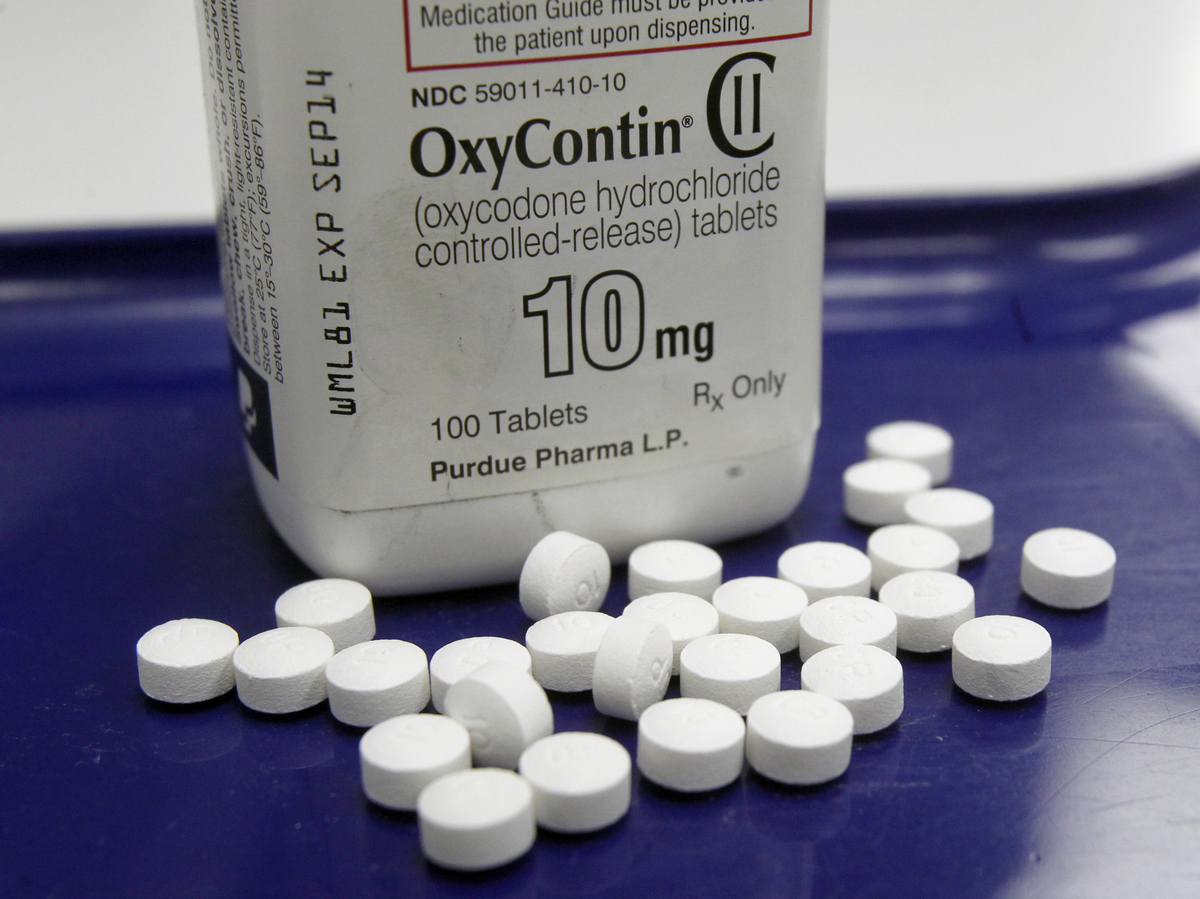 Purdue Pharma, which makes OxyContin, defended its efforts to combat opioid abuse after it was named in the Ohio suit.

The state of Ohio has sued five major drug manufacturers for their role in the opioid epidemic. In the lawsuit filed Wednesday, state Attorney General Mike DeWine alleges these five companies "helped unleash a health care crisis that has had far-reaching financial, social, and deadly consequences in the State of Ohio."

Named in the suit are:

The lawsuit — only the second such suit filed by a state, after Mississippi did so earlier this year — accuses the companies of engaging in a sustained marketing campaign to downplay the addiction risks of the prescription opioid drugs they sell and to exaggerate the benefits of their use for health problems such as chronic pain.

Or, as DeWine's office put it in a press release Wednesday, the "lawsuit alleges that the drug companies engaged in fraudulent marketing regarding the risks and benefits of prescription opioids which fueled Ohio's opioid epidemic."

"We believe that the evidence will show that these pharmaceutical companies purposely misled doctors about the dangers connected with pain meds that they produced, and that they did so for the purpose of increasing sales," DeWine tells NPR's All Things Considered. "And boy, did they increase sales."

By the late 1990s, DeWine's suit says, each of the five companies had embarked on a persuasion scheme targeting doctors, whom the state positions as victims of systematic misinformation:

"Defendants persuaded doctors and patients that what they had long known — that opioids are addictive drugs, unsafe in most circumstances for long-term use — was untrue, and quite the opposite, that the compassionate treatment of pain required opioids."

Asked by NPR's Robert Siegel whether doctors had a role of their own in overprescribing potentially dangerous medication, DeWine says more fault rests with a culture created by these companies.

"This was not something that the pharmaceutical companies just woke up some day and just started to do a little bit of it," he says.

"I mean, there was a concerted effort for an extended number of years to really pound this into the heads of doctors. And when you're told something time and time and time again and there's a lot of advertising that is being spent, yeah, it takes a while to turn that around."

In a statement provided to the Cleveland Plain Dealer, a spokeswoman for Janssen, one of the defendants, called the lawsuit "legally and factually unfounded":

"Janssen has acted appropriately, responsibly and in the best interests of patients regarding our opioid pain medications, which are FDA-approved and carry FDA-mandated warnings about the known risks of the medications on every product label."

Purdue Pharma, another defendant, told The Plain Dealer that it has been involved in seeking to combat widespread opioid addiction:

"OxyContin accounts for less than 2 percent of the opioid analgesic prescription market nationally, but we are an industry leader in the development of abuse-deterrent technology, advocating for the use of prescription drug monitoring programs and supporting access to Naloxone — all important components for combating the opioid crisis."

And that crisis shows few signs of ebbing soon.

As All Things Considered notes, the state of Ohio estimates some 200,000 people within its borders are addicted to opioids — a number roughly the same as Akron's entire population.

In his release Wednesday, DeWine says he filed the suit in Ross County for a reason: "Southern Ohio was likely the hardest hit area in the nation by the opioid epidemic."