Accessibility links
Oakland To Pay 19-Year-Old Nearly $1 Million In Police Scandal Settlement : The Two-Way The investigation has led to criminal charges against seven officers in the Bay Area, and several officers were fired. "We remain focused on rebuilding the public trust," said Oakland's mayor. 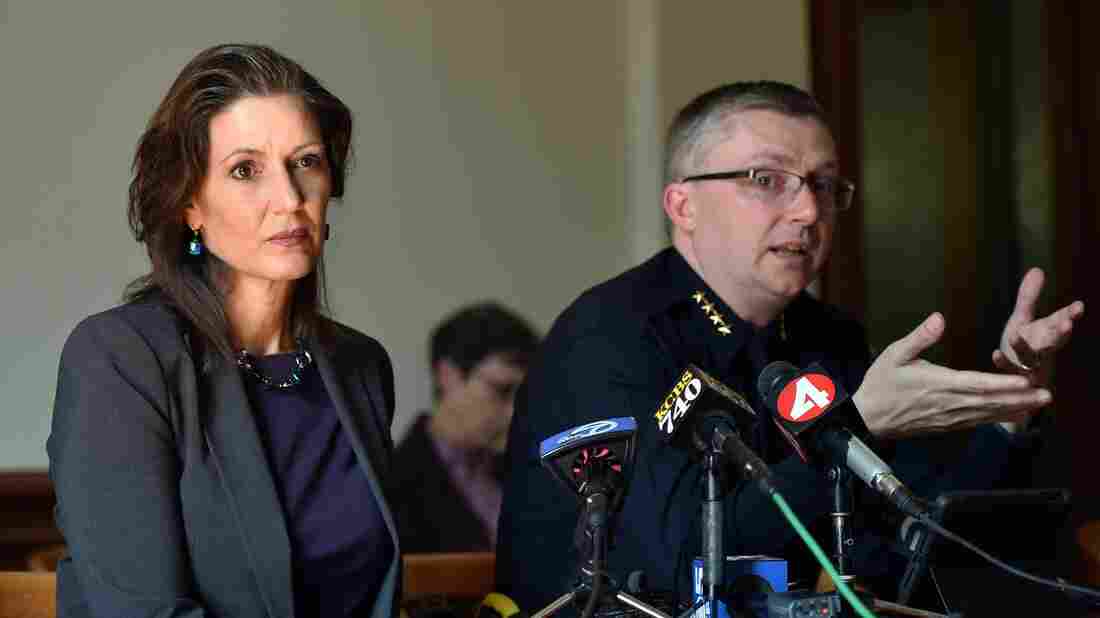 Oakland Mayor Libby Schaaf and then-Police Chief Sean Whent in May 2015. Whent resigned in June 2016 amid fallout from a scandal involving officers accused of having sex with an underage girl. The city will pay a settlement of nearly $1 million to the young woman. Josh Edelson/AFP/Getty Images hide caption 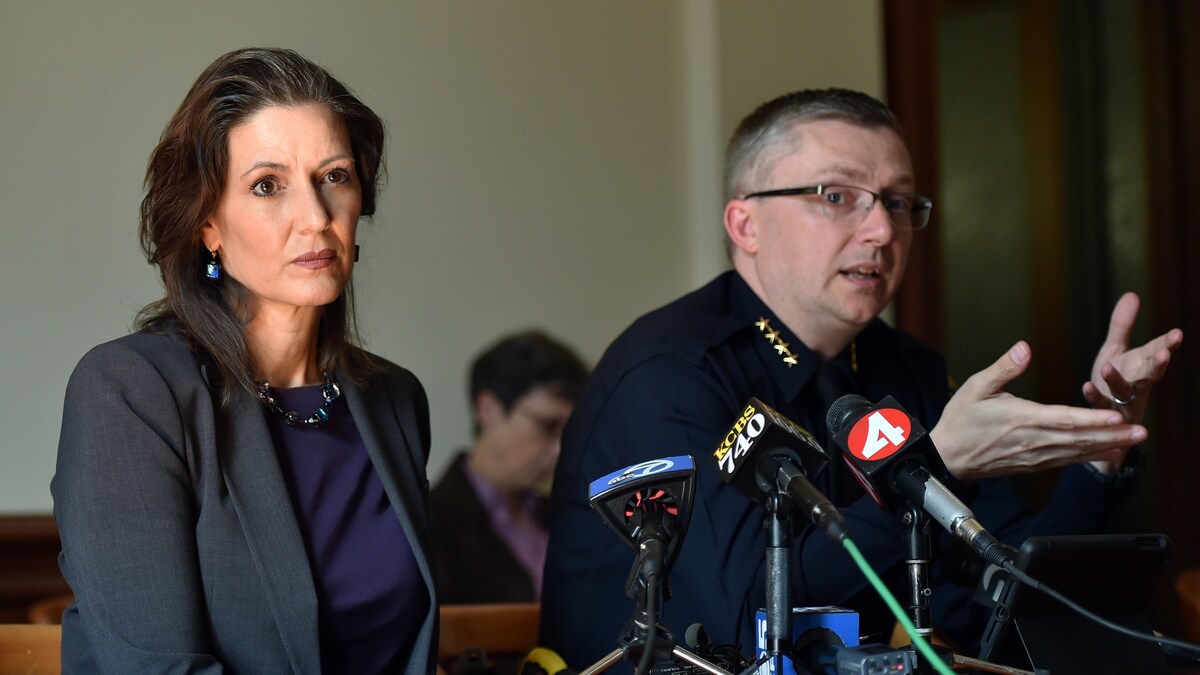 Oakland Mayor Libby Schaaf and then-Police Chief Sean Whent in May 2015. Whent resigned in June 2016 amid fallout from a scandal involving officers accused of having sex with an underage girl. The city will pay a settlement of nearly $1 million to the young woman.

The city of Oakland, Calif., will pay a 19-year-old woman $989,000 to settle her claim that city police officers had sexually abused her.

The woman has said she had sex with more than a dozen Oakland police officers, according to the Los Angeles Times. She also alleged that officers tipped her off to prostitution stings in exchange for sex.

"The settlement occurred with no admission of liability, but obviously, if you pay $1 million, you figure you got some responsibility," the woman's attorney, John Burris, said. NPR generally does not name individuals who are the alleged victims of sexual assault.

The Oakland City Council voted 7-1 to approve the settlement, according to the Times. Council member Desley Brooks cast the dissenting vote, saying the city should pay more.

"Think about this young girl, who was victimized under the color of authority," Brooks said, according to the East Bay Express. "There is something wrong with this."

The scandal dates to September 2015, when an Oakland police officer left a suicide note indicating he had been having a sexual relationship with a young prostitute, the Times reports. An investigation led to criminal charges against seven officers in the Bay Area. Several officers at other nearby departments were fired.

"It was in the best interest of the city to settle this matter quickly and fairly," Oakland Mayor Libby Schaaf said, according to The Associated Press. "We remain focused on rebuilding the public trust that was so damaged by this incident."

The woman said Wednesday she was satisfied with the settlement and felt relief, according to the East Bay Times. "It's taken its toll on me," she said.

Her attorney described the police officers as a "cabal."

"People were passing her around as if she was a kickball or something," Burris said, according to the Times.

In January, Schaaf named a new chief of police, Anne Kirkpatrick, to "deliver on fair and just policing, prevent violence and increase accountability, and of course, most importantly, build community trust." Kirkpatrick came from the Chicago Police Department and had previously been police chief in Spokane, Wash.

Council member Rebecca Kaplan attributed the scandal in part to a lack of diversity in the Oakland police force, according to the Express.

"We need to ensure that we are building the conditions that make it possible to have trust and healing between the community and our law enforcement officers, and cut sexual misconduct and other forms of abuse," she said. "This includes recruiting more women, LGBT people, African Americans and more people from Oakland."

The AP says the woman continues to pursue her case against other law enforcement agencies in the area, including the police departments in San Francisco, Richmond and Livermore, and the sheriff's offices in Alameda and Contra Costa counties.