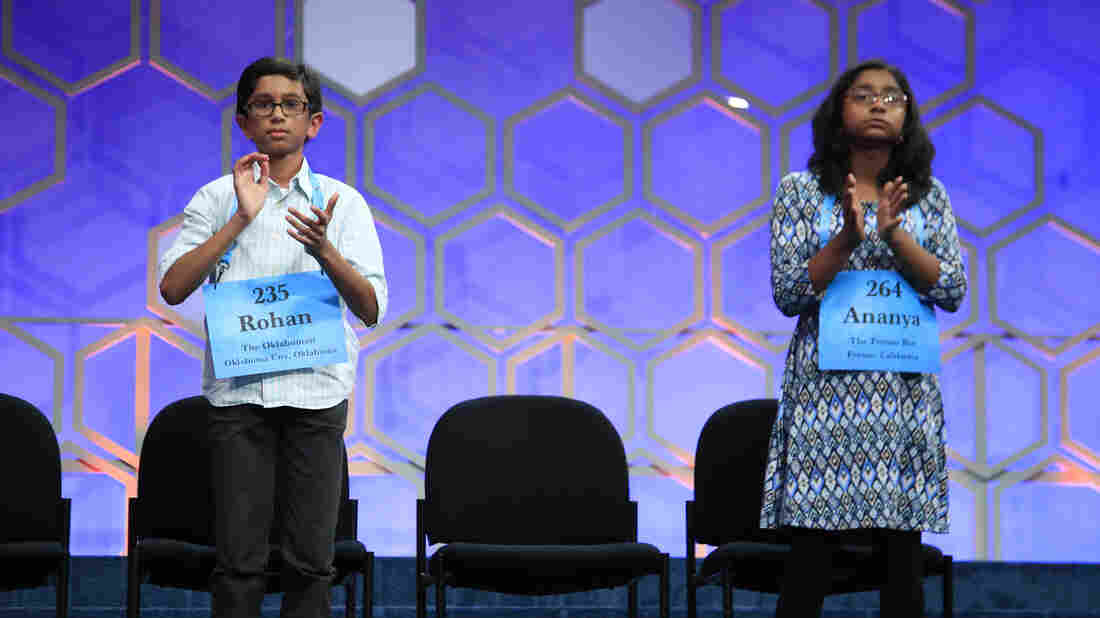 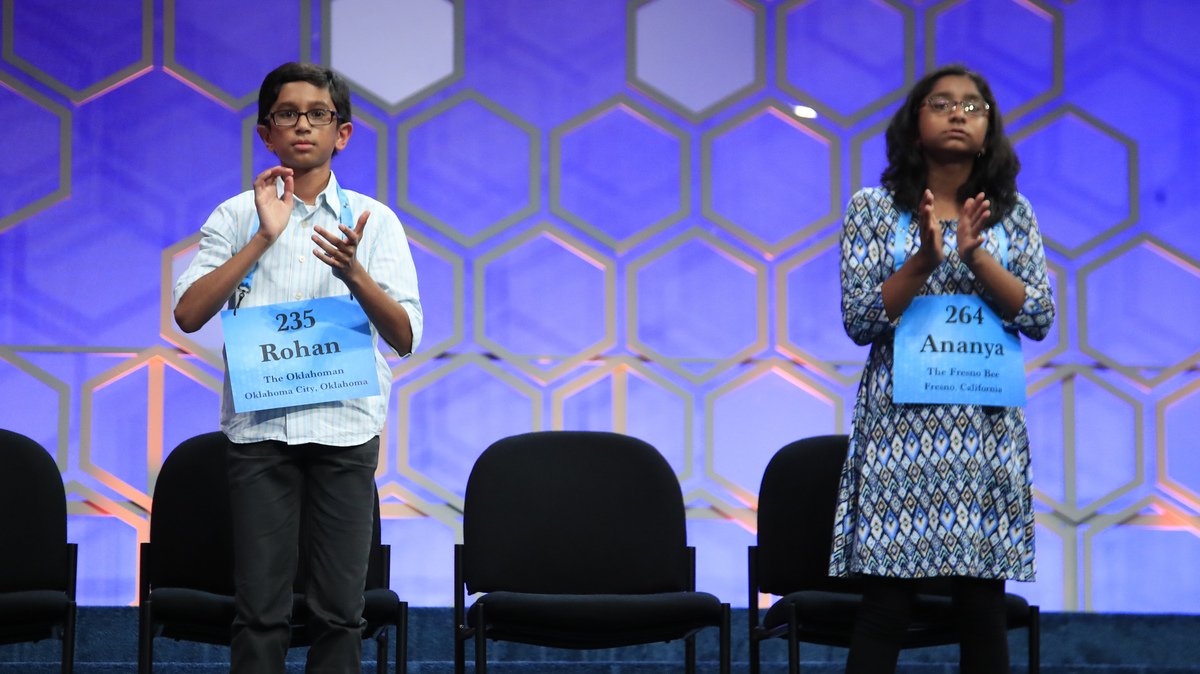 After three consecutive ties, the National Spelling Bee was determined to have a solo winner, so it added a new tiebreaker procedure for Thursday night's finals in Oxon Hill, Md.

2016: Another Year, Another Impasse As 2 Win Scripps National Spelling Bee

They nearly needed it, as finalists Ananya Vinay and Rohan Rajeev burned through round after round of words.

But Rohan tripped on the word "marram" (the Norse-derived word for a type of grass found on beaches), and Ananya was able to capitalize, correctly spelling "marocain" (a heavy crepe fabric, its name derived from the French word for Moroccan) to win.

As the winner, Ananya, a sixth-grader from Fresno, Calif., takes home $40,000 in cash, a $2,500 savings bond and a large collection of reference books. She was the youngest finalist at 12 years old. She barely reacted to her victory before she was bear-hugged by her father, who had sprinted onto the stage.

Rohan, a 14-year-old eighth-grader, will receive $30,000. The Edmond native would have been the first Oklahoman to win since 1965.

The bee shook things up in its 90th incarnation, adding a written, 24-question test that all finalists had to take Thursday night. The results would have been used as a tiebreaker in the event that the finalists were able to make their way through the entire list of prepared words for the finals — as competitors had in 2014, 2015 and 2016.

At 5, Girl Becomes Youngest To Qualify For National Spelling Bee

Kindergartner Edith Fuller of Tulsa, Okla., the youngest contestant to ever make it to the onstage rounds of the national bee, was knocked out in a preliminary round late Wednesday because her score on the written test wasn't high enough, the Tulsa World reported.

A previous version of this story incorrectly referred to the city of Edmond, Okla., as Edmonds.