Accessibility links
'Make Our Planet Great Again,' And Other Responses To U.S. Exit From Climate Deal : The Two-Way Arnold Schwarzenegger said no one can go back in time (except the Terminator). The French president riffed on Trump's campaign slogan. And the mayor of Pittsburgh told Trump: Not in our name. 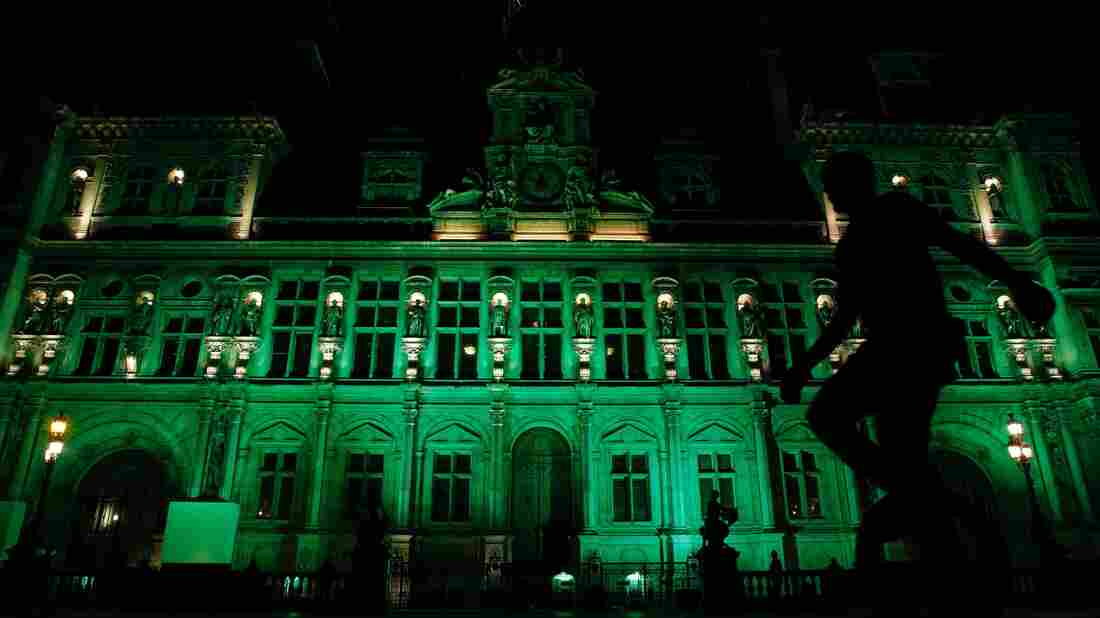 The City Hall of Paris is illuminated in green on Thursday, after the announcement by President Trump that the United States will withdraw from the 2015 Paris accord and try to negotiate a new global deal on climate change Geoffroy Van der Hasselt/AFP/Getty Images hide caption 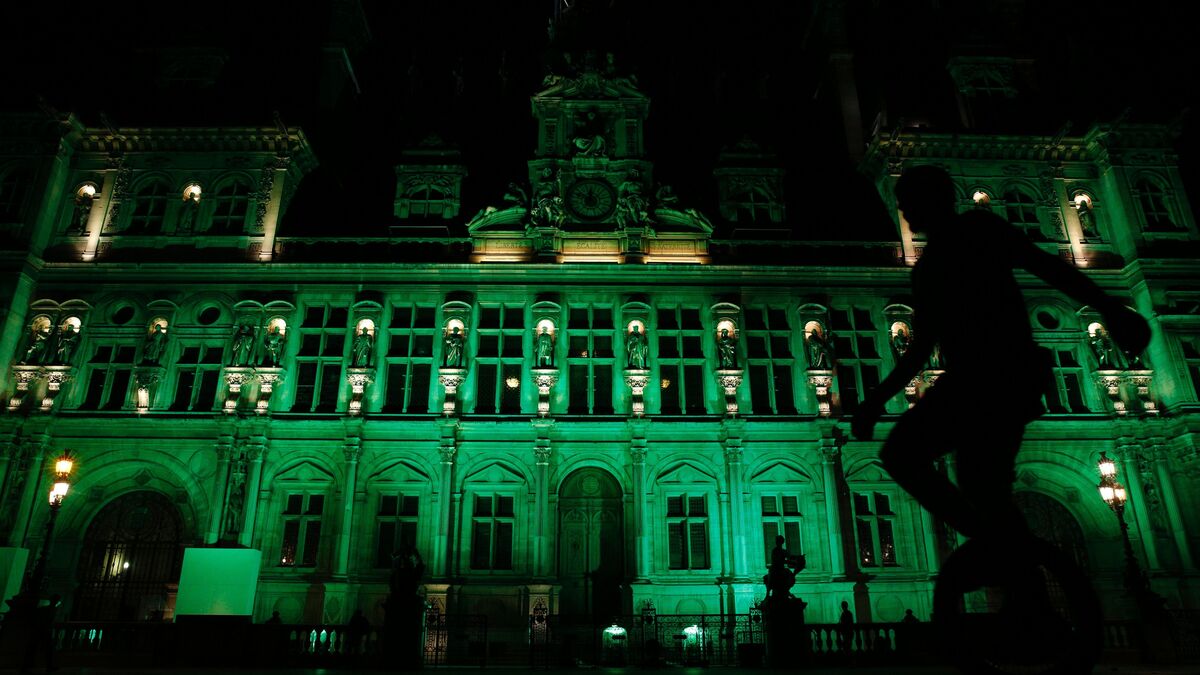 The City Hall of Paris is illuminated in green on Thursday, after the announcement by President Trump that the United States will withdraw from the 2015 Paris accord and try to negotiate a new global deal on climate change

After President Trump announced that the U.S. would be withdrawing from the international agreement to fight climate change, the responses were immediate — from denunciation to celebration.

And some reactions were particularly pointed — and personal.

Statement on the US' withdrawal from the Paris climate agreements. #parisagreementhttps://t.co/T4XOjWZW0Q

French President Emmanuel Macron gave an address, in English, in which he riffed on Trump's campaign slogan.

"Make our planet great again," Macron said, calling the decision to leave the agreement a mistake and inviting scientists in the U.S. to "come and work here with us" on efforts to combat climate change.

And in case you didn't want to watch the video ... he doubled down.

Meanwhile, Arnold Schwarzenegger delivered a video of his own.

"One man can't go back in time. Only I can do that," Schwarzenegger said, as former Terminator.

"Local and state governments will rise up," he said, as former governor of California — pointing out that his state passed strict environmental rules and then experienced economic growth.

And the Democratic mayor of Pittsburgh, Bill Peduto, had some thoughts about Trump mentioning his city in announcing the decision on the accord.

"I was elected to represent the citizens of Pittsburgh, not Paris," Trump said Thursday.

"Fact: Hillary Clinton received 80% of the vote in Pittsburgh. Pittsburgh stands with the world & will follow Paris Agreement," Peduto tweeted.

Trump carried Pennsylvania, but Pittsburgh itself was an island of blue in a sea of red.

Seeing the Earth from 250 miles up gives you a new appreciation for the environment. Pulling out of the #ParisAgreement is irresponsible. https://t.co/Bmp1cHAcQK

And Lloyd Blankfein, the CEO of Goldman Sachs, sent a tweet about the issue that was unremarkable in its wording. And he's hardly the only major corporate figure to express support for the accord.

Today's decision is a setback for the environment and for the U.S.'s leadership position in the world. #ParisAgreement

But the message raised eyebrows anyway ... because Blankfein has been on Twitter for six years, but had never tweeted before.

Meanwhile, many Trump supporters and conservative commentators expressed amusement (or delight) at the intensity of the reaction against Trump's decision.

Judging by the Left's insane reaction, you can tell that something great just happened for America!

And several noted that celebrities and executives, many of whom spoke up to criticize the president's decision, often lead jetsetter lifestyles — which are conspicuously carbon-heavy.

Frantic activity in C-suites as CEOs hurry to put out statements on Paris before hopping in Suburbans to get to private planes for weekend.