Accessibility links
Trump Supporters And Counter-Protesters Collide In Portland, Ore. : The Two-Way Thousands of demonstrators from varying groups converged in Portland, Ore. Sunday afternoon in the wake of the fatal stabbing of two Portland men who tried to stop another man's anti-Muslim tirade. 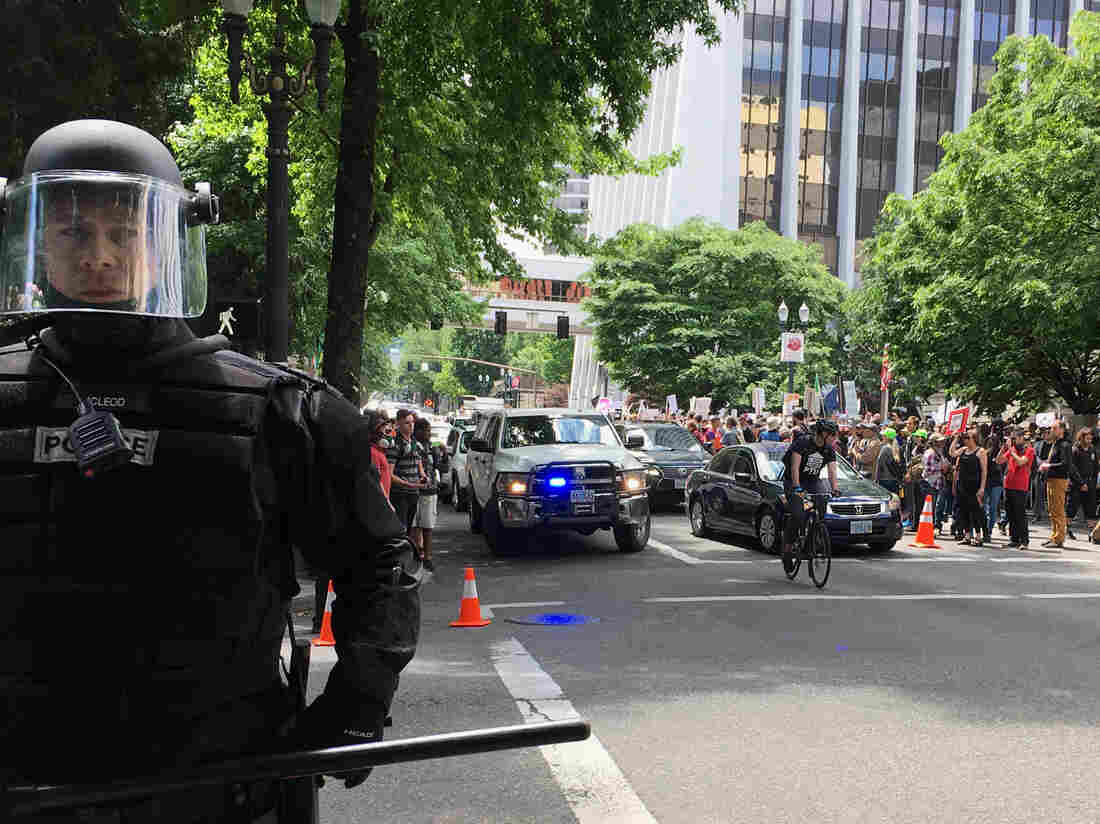 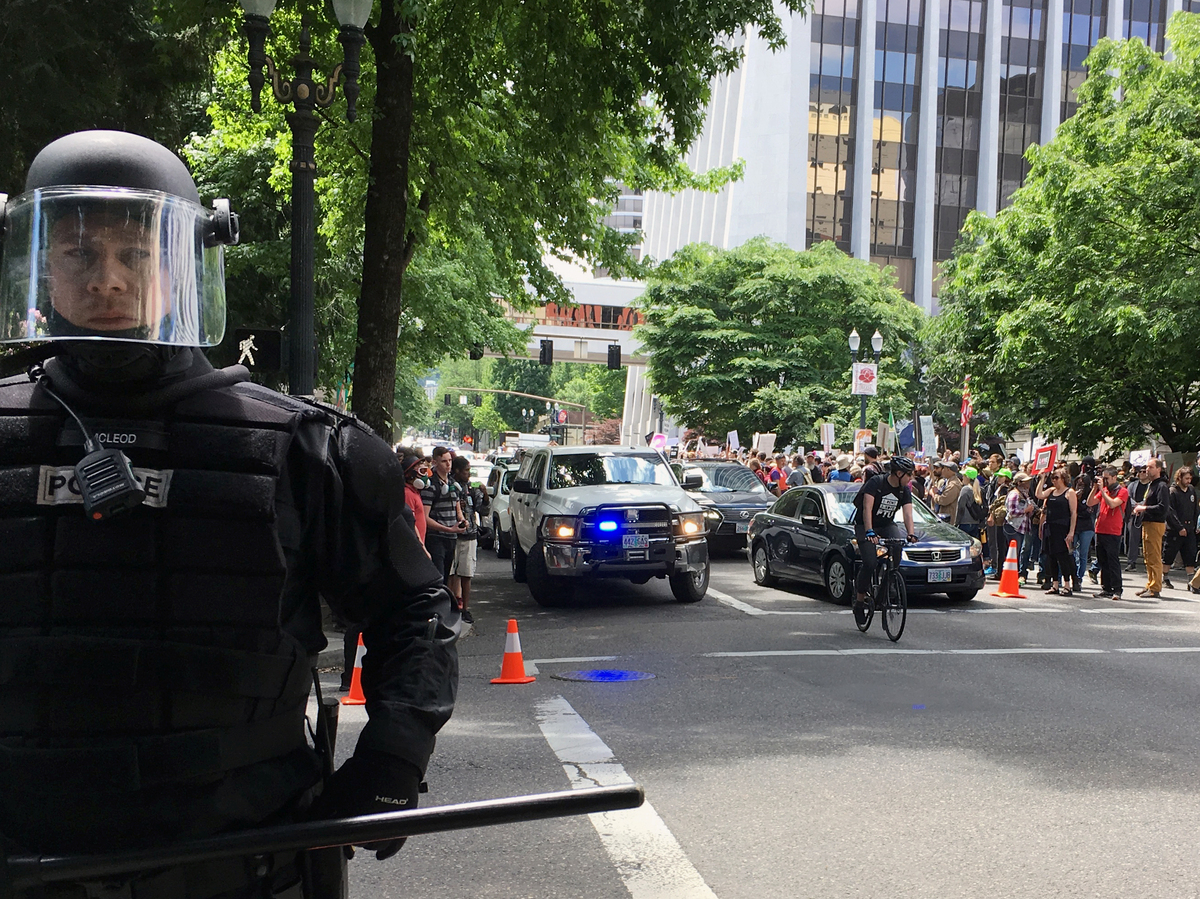 Riot police descended in downtown Portland, Ore., Sunday to bring calm among thousands of demonstrators who converged for competing rallies in the wake of the racially charged stabbing that claimed the lives of two men.

Crowds who gathered in a public square near City Hall for a midday Trump Free Speech Rally, organized by a conservative group called Patriot Prayer, encountered a larger throng of counter-protesters led by immigrant rights, religious and labor groups, who occupied the nearby park.

According to The Associated Press, the pro-Donald Trump group "chanted 'USA' and held banners in support of President Donald Trump," while the counter-protesters drummed, played music and held signs, including, "Our city is greater than hate" and "Black lives matter."

Despite these efforts, tempers flared among the protesters igniting physical confrontations. Some of the violence was even directed toward the officers, according to a tweet from Portland Police: "Bricks, mortars (not motors), other projectiles were thrown at officers from Chapman Square crowd."

Bricks, mortars (not motors), other projectiles were thrown at officers from Chapman Square crowd. Crowd moved by police to Lownsdale Square

Tension had been brewing in Portland following the fatal stabbing of two men on the light-rail train Friday, May 26. Ricky John Best, 53, and Taliesin Myrddin Namkai Meche, 23, were killed when they intervened to stop a man from verbally abusing two young women, one wearing a hijab. A third man, Micah David-Cole Fletcher, 21, was injured.

Police have charged 35-year-old Jeremy Joseph Christian of North Portland in connection with those crimes.