Accessibility links
Alex Honnold Scales El Capitan Without Ropes, And The Climbing World Reels : The Two-Way The climber scaled the granite wall in under four hours, in what Alpinist magazine says "is indisputably the greatest free solo of all time."

Alex Honnold has shocked the sport of climbing by reaching the peak of El Capitan without using ropes, climbing one of the world's largest monoliths in less than four hours with little gear other than a bag of chalk.

"So stoked to realize a life dream today," Honnold wrote on Facebook on Saturday. He shared a photo of himself on the Yosemite National Park landmark taken by Jimmy Chin of National Geographic, which is basing a new documentary on Saturday's climb.

"Speechless," wrote the American Alpine Journal in its response to the news that Honnold had tackled the imposing 3,000-foot granite wall in a "free-solo," ascent, climbing alone and without safety gear.

Honnold raced up the wall in 3 hours and 56 minutes, prompting Alpinist magazine to say, "This is indisputably the greatest free solo of all time. Congratulations, Alex!"

After his climb, Honnold told National Geographic that the first challenge was simply to walk up to the California monolith, sit next to the base and put his climbing shoes on. 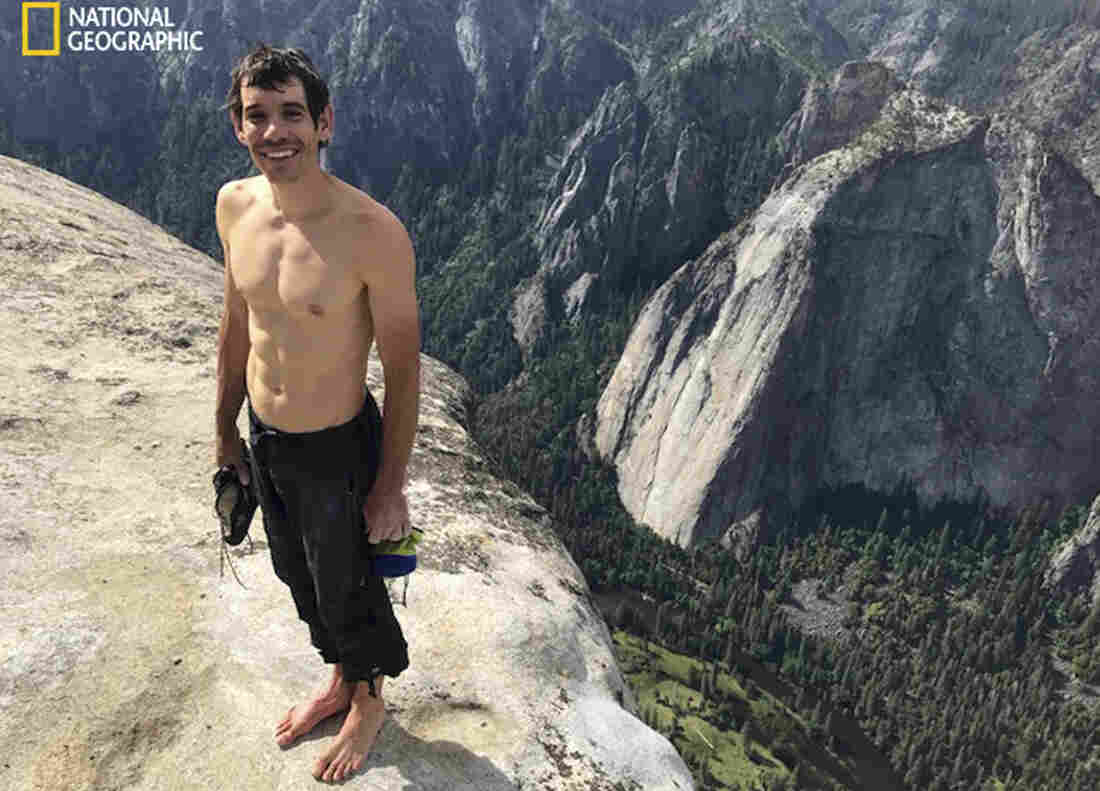 Alex Honnold smiles after scaling El Capitan in Yosemite National Park, in a photo provided by National Geographic. Honnold became the first person to climb alone to the top of the massive granite wall without ropes or safety gear. Jimmy Chin/National Geographic via AP hide caption 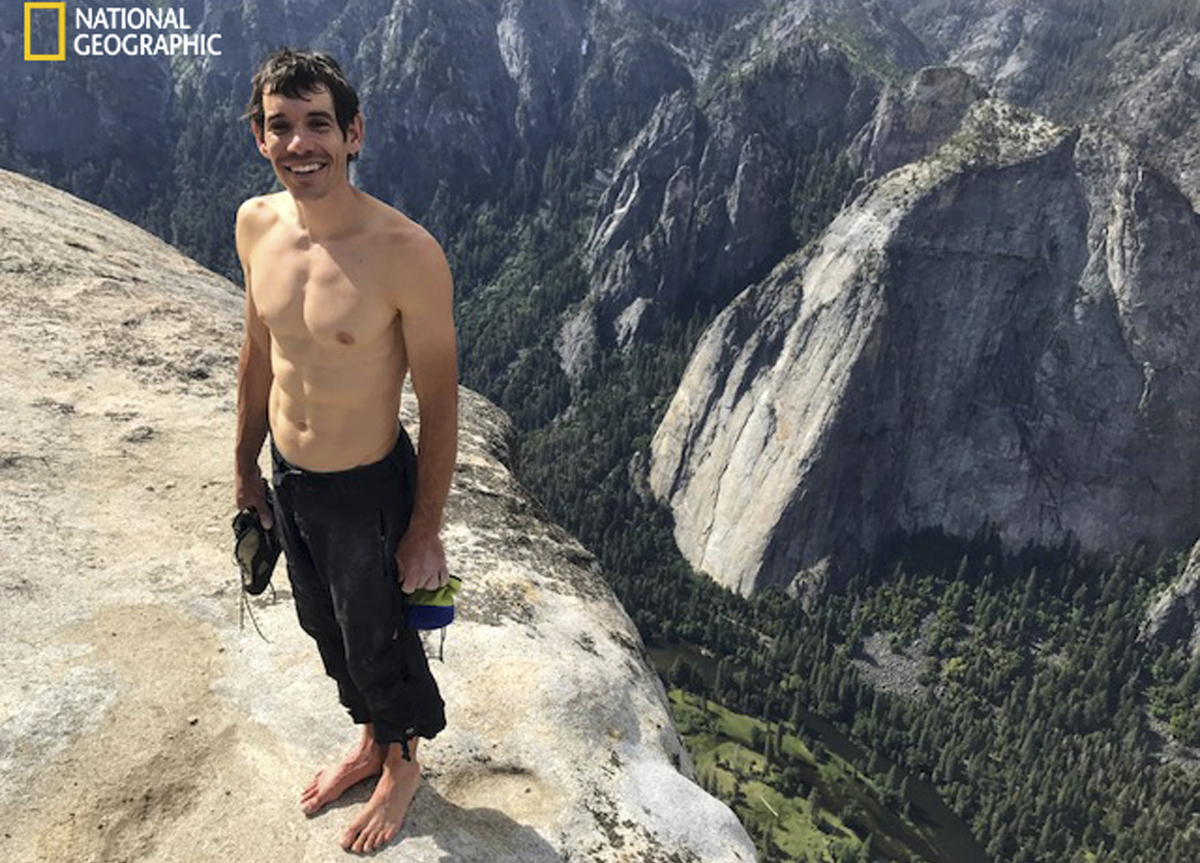 Alex Honnold smiles after scaling El Capitan in Yosemite National Park, in a photo provided by National Geographic. Honnold became the first person to climb alone to the top of the massive granite wall without ropes or safety gear.

A lighter moment came later, Honnold said, when he passed some climbers who had spent the night on a ledge. He did his best not to wake them.

"I woke up one guy and he sort of said, 'Oh, hey.' Then when I went by, I think he discreetly woke up his buddies because when I looked down they were all three standing there like 'What the f***?' "

By conquering El Capitan, Honnold fulfilled a goal he had worked toward for years. He first wrote about the potential record-setting climb in his journal in 2009 — but he repeatedly found reasons to set it aside, as he said last year on the Basecamp podcast with Gripped editor Brandon Pullan.

"Obviously, that's like, the thing to do," Honnold said when discussing El Capitan with Pullan in 2016, adding, "it's always seemed really scary."

Honnold, 31, has become famous for eye-popping ascents that rely on his unique blend of athleticism and mental focus, ascending Yosemite's Half Dome and Zion National Park's Moonlight Buttress. But Gripped says of Honnold's El Capitan free-solo climb, "this is by far the most groundbreaking."

While Honnold said in the podcast that he found the idea of free-soloing the monolith "out of the question," he also told Pullan that he'd been studying it for years and "El Cap is definitely doable."

"I mean, there are two routes that you could potentially do, like Freeride or Golden Gate — they're the two easiest free routes," Honnold said, in a statement that only makes sense coming from someone who's often called one of the greatest rock climbers the world has ever seen.

The challenges on El Capitan, he said, start early, no matter which route you take.

"They all start with Freeblast, which is like a 10-pitch slab," Honnold said, adding that large sections of the granite slab are "basically like walking on a sheet of glass."

The crux of one pitch, he said, is "like this no-hands, foot traverse thing, where you're just like, shuffling across a blank wall."

Honnold added, "That's before the [main] wall even starts, that's just like getting up there."