Accessibility links
Amazon Lowers Prime Membership Rate For Low-Income Customers : The Two-Way Amazon and Walmart are in a battle for low-income shoppers. Now Amazon is cutting the $10.99 monthly rate on its Prime membership to $5.99 for people who receive government assistance. 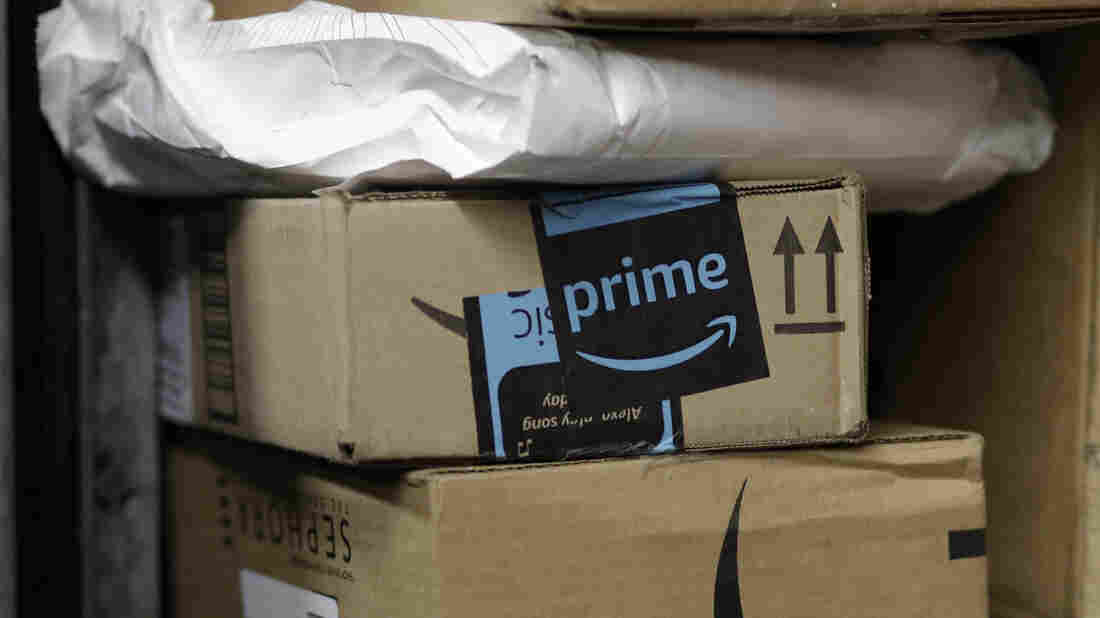 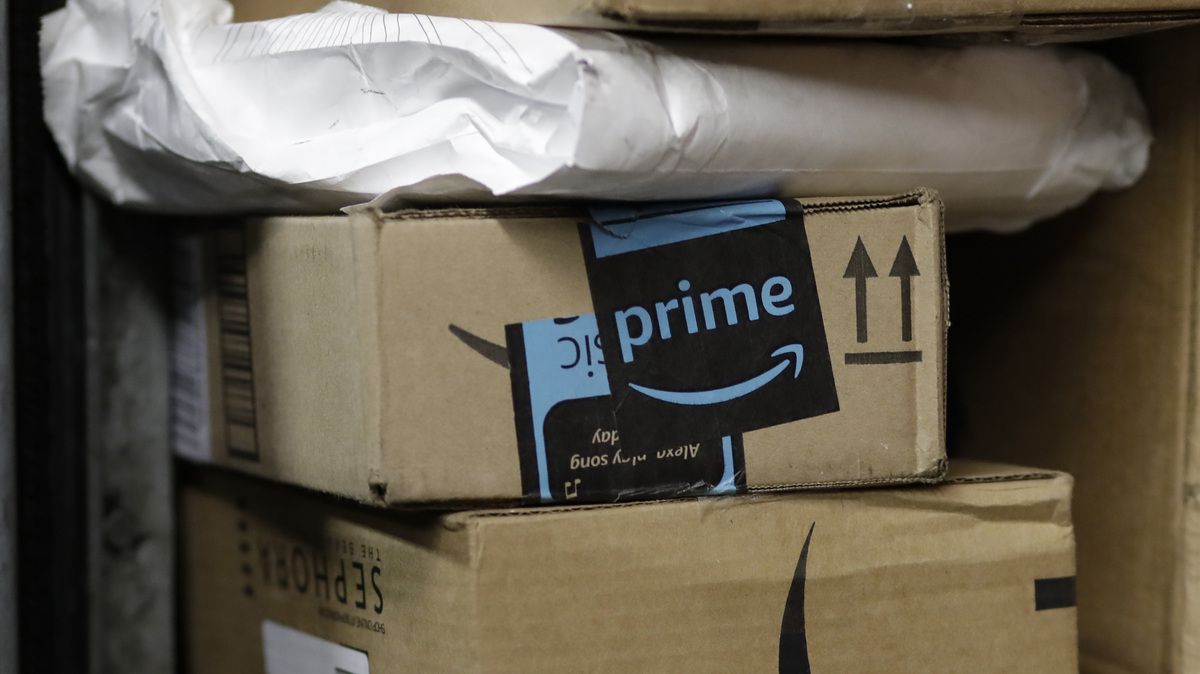 Amazon is attempting to lure low-income shoppers from Walmart by offering a discount on its pay-by-month Prime membership for people who receive government assistance.

The giant online retailer said in a statement Tuesday that people who have a valid electronic benefits transfer card — used for programs such as the Supplemental Nutrition Assistance Programs, or food stamps — will pay $5.99 per month for a year. Amazon is offering a 30-day free trial for qualifying customers.

The typical Prime membership is $99 a year, though people have the option to pay $10.99 a month. Prime benefits include free shipping, unlimited streaming of movies and TV shows, and a rotating selection of free e-books and magazines.

"We designed this membership option for customers receiving government assistance to make our everyday selection and savings more accessible, including the many conveniences and entertainment benefits of Prime," Greg Greeley, vice president of Amazon Prime, said in the statement.

As Reuters notes, "The online retailer's move directly challenges Walmart — the biggest beneficiary of the Supplemental Nutrition Assistance Program (SNAP) — where at least one in five customers pay by food stamps."

And The Wall Street Journal adds that "Walmart generated about $13 billion in sales last year from shoppers using the SNAP Program, accounting for around 18 percent of the money spent through the program nationwide."

Not everyone is convinced that Amazon's strategy will pay off.

"Internet consultant Sucharita Mulpuru-Kodali says Amazon's move 'seems inevitable' because it's saturated a good part of the affluent and middle-class sector — but describes it as a 'head scratcher.'

" 'These consumers have always indexed lower in online transactions, and their living circumstances are often not well-suited to package delivery, and many of these consumers don't have vehicles to drive to a location to pick up packages,' she wrote in an email. 'Of the long list of businesses that Amazon could target, this doesn't seem like the biggest one.' "

Amazon and Walmart each have been upping their game to cut into the other's bottom line.

Walmart is pressing ahead with strategies to better compete against Amazon online. Last year, the company announced it would acquire Amazon competitor Jet.com for $3.3 billion.

Last week, Walmart said that it would begin testing a program in Arkansas and New Jersey that would use store employees to deliver online orders at the end of their shifts.

"About 90 percent of the U.S. population lives within 10 miles of a Walmart, and the company is using those locations as shipping hubs to compete with Amazon on the last mile of delivery — the most expensive part of getting goods to customers. By using existing workers in their own cars, Wal-Mart could create a vast network with little upfront cost, similar to how Uber Technologies Inc. created a ride-hailing service without owning any cars."

Walmart and Amazon are bending over backward to make shopping easier for customers. But take heed: Shopping with the click of a mouse can be trouble for your wallet.

The website CheatSheet.com recently remarked on two indications that you spend too much money on Amazon: