Accessibility links
Angry Shareholders Feed Live Donkey To Tiger In Chinese Zoo : The Two-Way In a statement, the shareholders say they had invested in the zoo and were unhappy that it was not making money. Video shows the tigers mauling the donkey for half an hour before finally killing it. 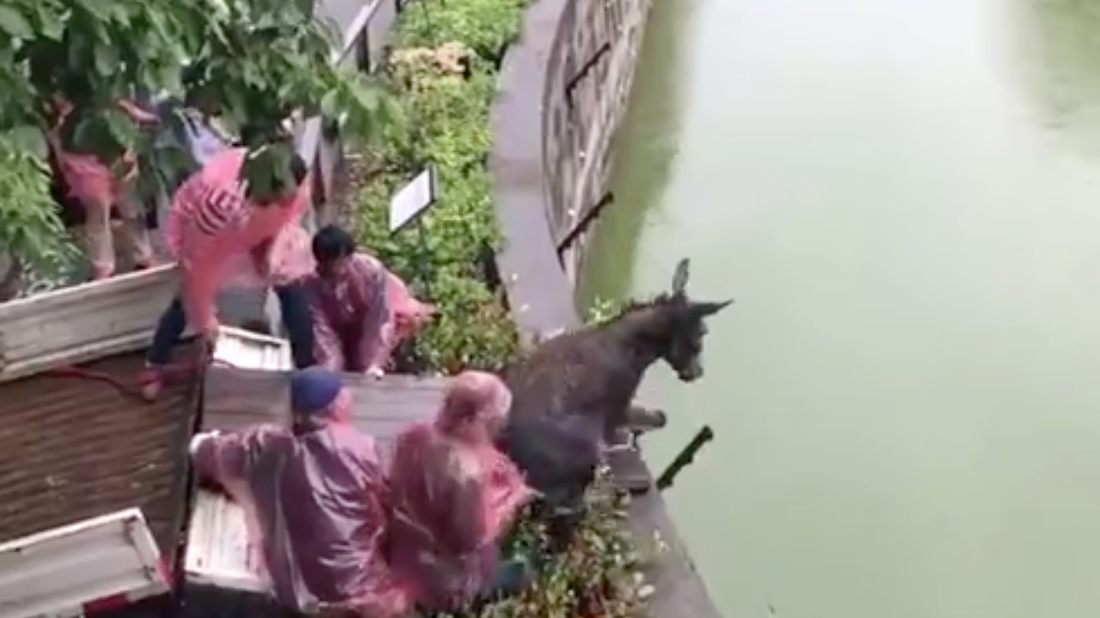 Video footage posted online shows a group of people pushing a live donkey into a tiger enclosure at a zoo near Shanghai, as a form of shareholder protest. Live Leak/Screenshot by NPR hide caption 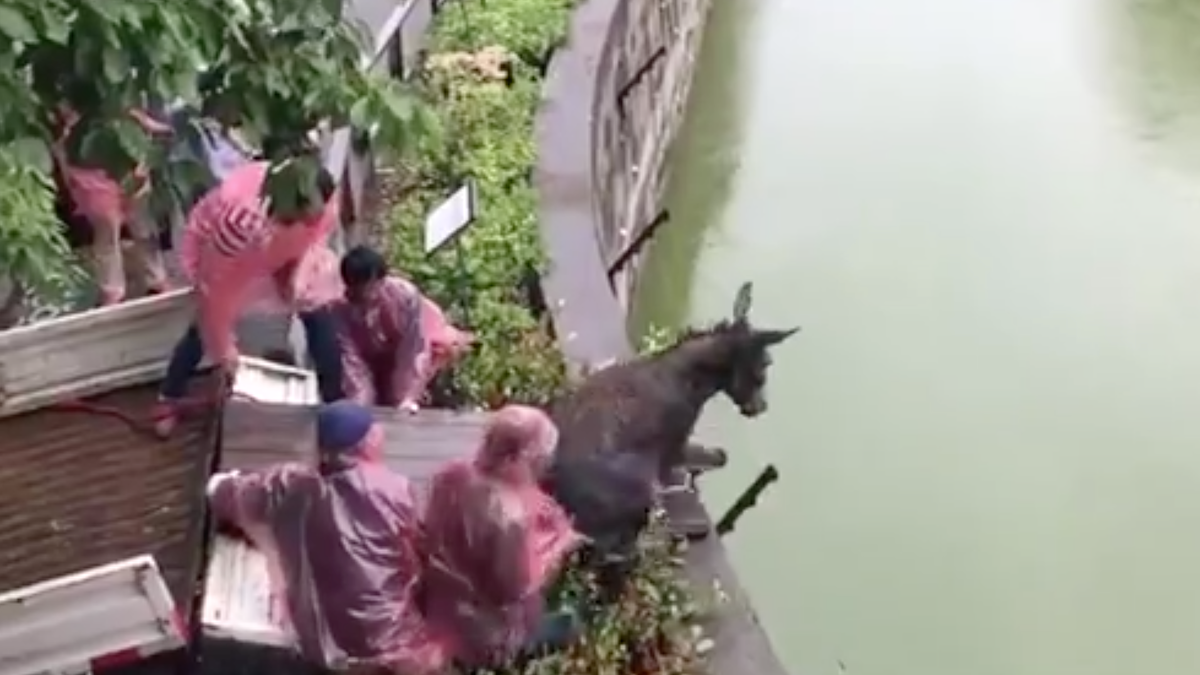 Video footage posted online shows a group of people pushing a live donkey into a tiger enclosure at a zoo near Shanghai, as a form of shareholder protest.

Shareholders in a zoo near Shanghai, frustrated that they weren't making a profit on their investment, fed a live donkey to zoo tigers as a form of protest.

Video of the scene shows the donkey pushed down a makeshift ramp into the water surrounding the tiger habitat, where it is promptly pounced upon. Tigers bite and claw the donkey as it bleeds and struggles in the water. The footage has prompted protest and outrage in China.

In a statement, shareholders who invested in Yancheng Safari Park say they held a meeting and voted in favor of feeding the live donkey to the tigers to express their frustration.

Their objections center on the zoo's debts and legal troubles, which resulted in a court freezing the zoo's assets. For two years, the shareholders said, they have seen no profits from the zoo. They argue that the court's decision was unfair, and that the trial is moving too slowly.

"Shareholders are very unhappy about this," the group of investors said in the statement. "So in a rage, a live donkey and sheep will be fed to the tigers."

The Guardian reports that zoo officials did not intervene in time to save the donkey, but managed to prevent the shareholders from sending the sheep into the tiger enclosure.

The shareholders said that their anger was not just over their own money. "The animals became the biggest victims" of the asset-freezing, the shareholders say, noting that two giraffes and other rare animals have died because the zoo could not provide them with "timely and effective treatment."

Yancheng Safari Park, located in Changzhou, confirmed in a statement that a legal dispute has frozen the company's assets, and that inadequate care has led to the death of several animals.

The zoo apologized for the donkey incident, which it says occurred "without warning."

"Since the incident, our zoo has gone into emergency alert," the zoo's statement says. After news coverage "causing widespread disgust, our zoo would like to express our deepest apologies."

The zoo said it is holding a meeting to "calm shareholders' nerves" and promised to improve safety standards to prevent such an incident from ever happening again.

The tigers reportedly spent 30 minutes mauling the donkey before they finally killed it.

The footage of the scene, showing the tigers manhandling the donkey, went viral in China, the BBC reports.

The South China Morning Post has more on the regional reaction:

"One wrote: 'The donkey screamed miserably when it was pushed down. What has a donkey to do with humans' problems?' "

But The Guardian notes that the shocking scene, while unusual as an act of shareholder protest, is not entirely unprecedented in China.

"Although the incident with the donkey was not sanctioned, zoos in other parts of China regularly feed live animals to tigers for the amusement of the public," the newspaper writes. "Guests visiting one tiger sanctuary in north-east China's Heilongjiang province can pay to have a live cow or chicken hurled into the tiger enclosure."

NPR's Wanyu Zhang and Ronald Chan contributed to this report.