Accessibility links
Cosby Lawyer Challenges Accuser's Credibility In Sexual Assault Trial : The Two-Way The attorney attempted to portray Cosby's relationship with Andrea Constand as a romantic one. The 79-year-old comic is charged with aggravated indecent assault, which could carry a 10-year sentence. 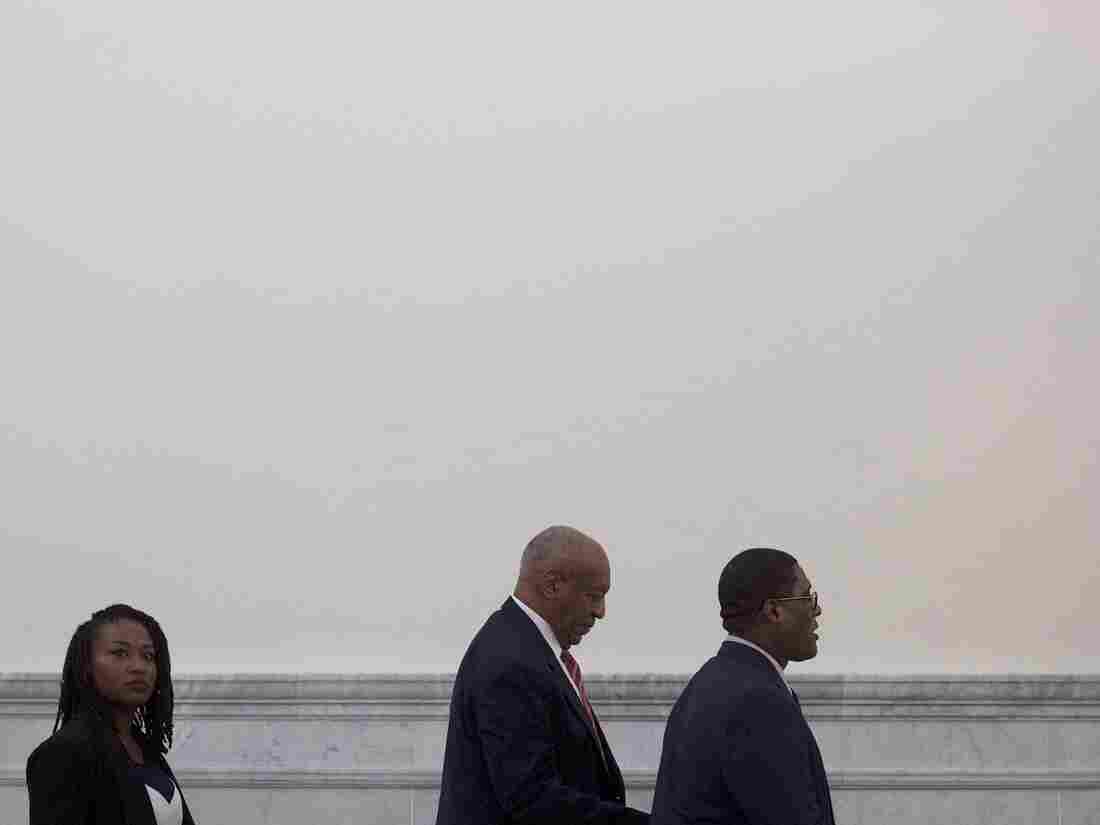 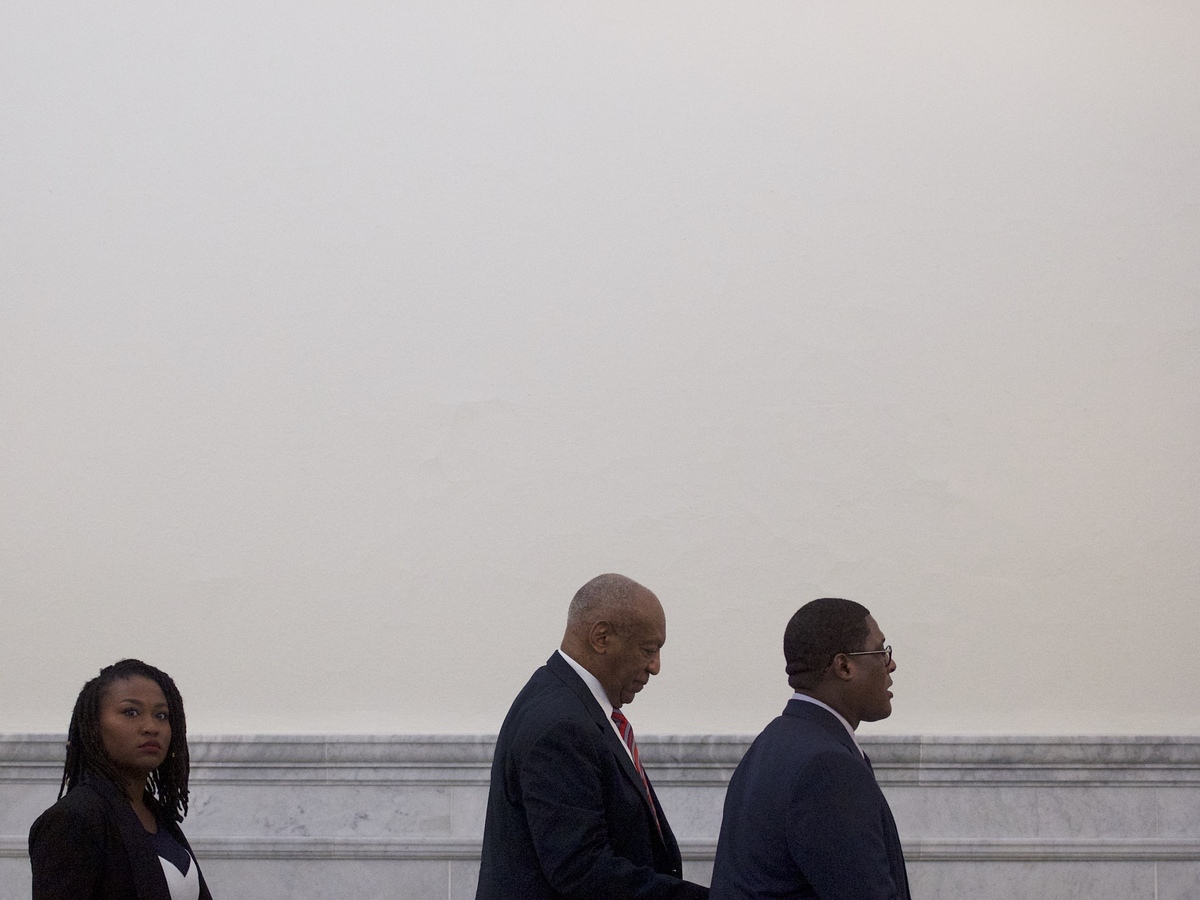 Bill Cosby (center) walks through the Montgomery County Courthouse on the third day of his sexual assault trial on Wednesday in Norristown, Pa.

On the third day of Bill Cosby's sexual assault trial, his lawyer attempted to portray the comedian's relationship with accuser Andrea Constand as a romantic one.

But throughout her nearly seven hours on the stand over two days, Constand was unwavering in her testimony, according to The Associated Press. Constand was an employee of Temple University's women's basketball team in 2004, when, she says, the assault occurred.

Reuters reports that Cosby's attorney, Angela Agrusa, did not ask Constand about any details of the incident; instead, Agrusa attempted undermine Constand's credibility in other ways.

The AP reports that Agrusa began by paraphrasing Constand's 2005 statement to police: "You were sitting by the fire. The room was dark. There was a nice mood ...."

" 'I don't know what that means,' Constand said.

" 'The lights were dim and the fire was going,' the lawyer continued.

" 'I don't really remember how dim the lights were, but I did have to eat my dinner,' Constand said."

This week's testimony was Constand's first public comment on the case, according to NPR member station WHYY. She reached a settlement in her civil case against Cosby in 2006 and was barred from discussing the case.

Cosby's attorneys pointed to an inconsistency in the date of the alleged assault in statements Constand gave to police. But the AP reports that Constand "perhaps muted the expected attack by acknowledging some initial confusion over just when the encounter occurred. She said she first thought it was after a group dinner in March and later realized it happened after a private dinner a month or two earlier."

Cosby's defense team tried to portray the encounter in January 2004 at his home in suburban Philadelphia as a consensual one. According to The Philadelphia Inquirer, Cosby has maintained that he and Constand had what the paper termed "several consensual romantic dalliances."

More than 50 women have said Cosby assaulted them.

Defense attorneys pointed to phone records showing that Constand called Cosby 53 times after the alleged assault. Prosecutors said the records indicate Constand would check her voicemail and return the calls that Cosby made to her work cellphone. Constand said that the calls were about Temple women's basketball and that they ended when she stopped working there.

"She continued to do her job," the AP reports that Constand's lawyer, Dolores Troiani, said outside court. "This man was a trustee at Temple. Of course she was calling him back."

Cosby, the celebrity comedian and television actor, is charged with aggravated indecent assault. If he is convicted, the 79-year-old could be sentenced to 10 years in prison, the AP reports.

The judge has instituted strict decorum rules for the trial, dictating that journalists turn off their phones while court is in session. On Wednesday afternoon, the judge ordered a contempt-of-court hearing for a reporter from the local NBC affiliate, WHYY reports. The Inquirer later said the reporter had been banned for sending a text from the courtroom.