Accessibility links
Warriors-Cavaliers: Golden State Win Puts Team 1 Game From 16-0 Playoffs : The Two-Way Golden State closes Game 3 of the NBA Finals on an 11-0 run for a narrow win over the Cavaliers. A big game by Klay Thompson helped put Cleveland in a 3-0 deficit, which no team has come back from. 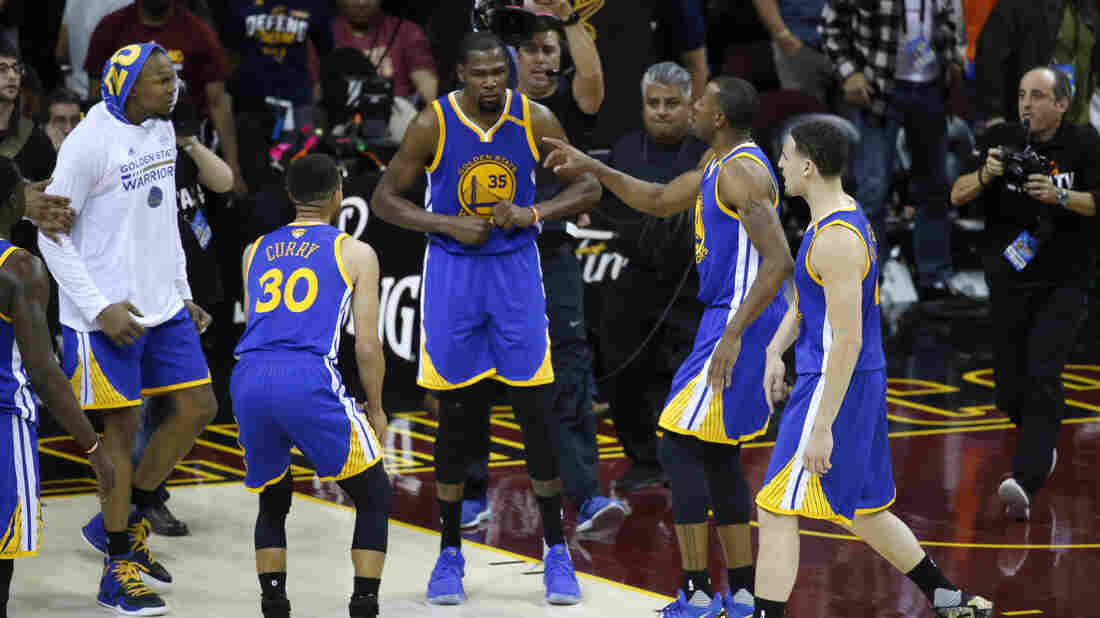 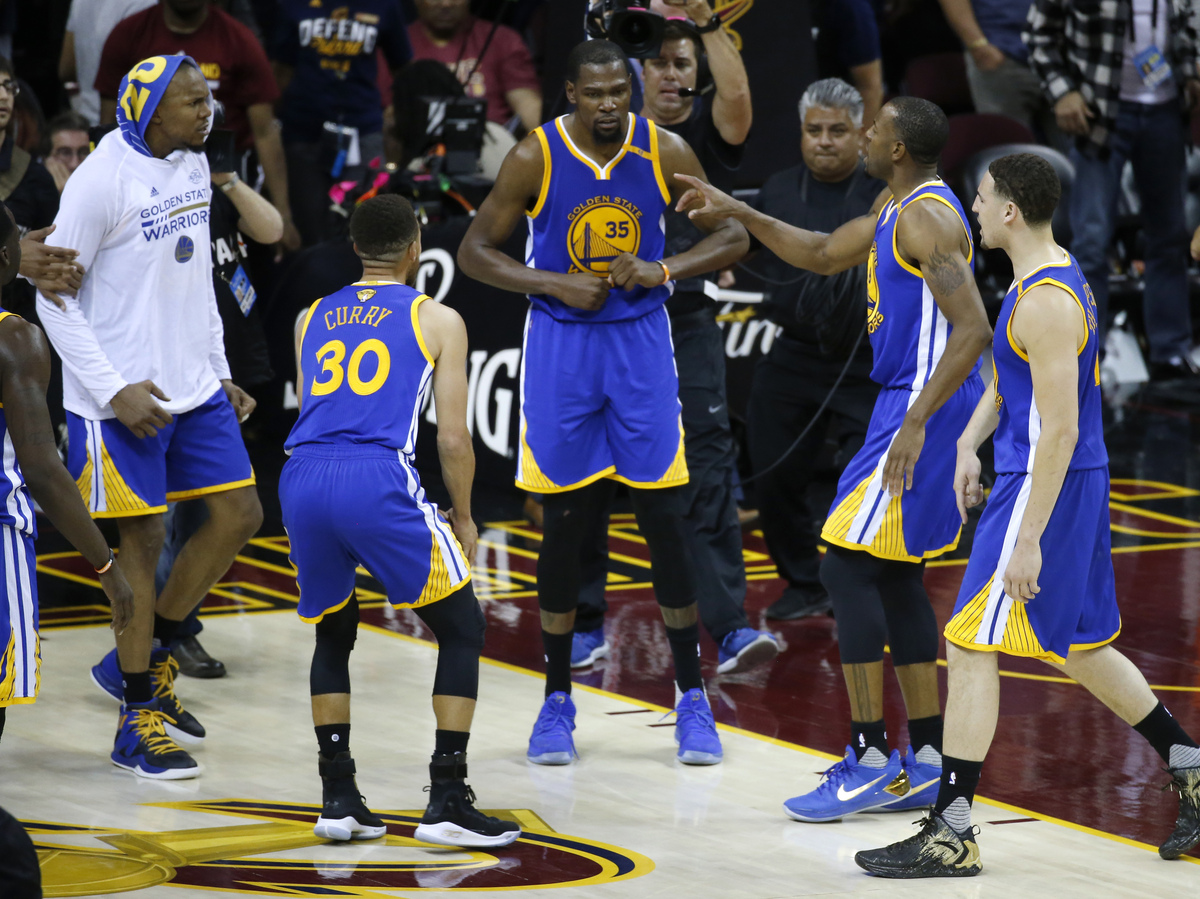 The Cleveland Cavaliers came into the third game of the NBA Finals in a dispiriting but familiar position after two Golden State blowouts. Last year, that led to one of the most stunning comebacks in NBA history

That remained a possibility the entire game Wednesday night — until the closing minutes, when the Warriors ripped the Cavaliers' hearts out. Now Cleveland, which last year became the first team to recover from a 3-1 Finals deficit, faces historically long odds again.

Golden State closed the game in Cleveland on an 11-0 run to win 118-113, with perhaps no basket bigger than Kevin Durant's transition three-pointer over LeBron James with 45 seconds left. That gave the Warriors a lead they held the rest of the way.

"I've been working on that shot my whole life, and for that one to go in, that's liberating," the forward told ESPN's Doris Goodwin after the game.

Warriors coach Steve Kerr said that Durant has played with purpose throughout the series.

The Warriors' turnover problems from Game 2 carried over to Wednesday night, when they had 18, which helped the Cavaliers stay in the game.

Cleveland was led by James with 39 points, 11 rebounds and nine assists. Point guard Kyrie Irving added 38 points, though he missed all seven of his three-point shots. Forward Kevin Love went 1-9 from the field, including 1-7 from three, but did have six steals. Starting center Tristan Thompson went scoreless for the second time in the series.