Accessibility links
Olympics Shift: IOC Doubles Number Of Mixed-Gender Events, Adds 5 Sports : The Two-Way The IOC says it will get closer to gender balance among Olympic athletes, boosting women to nearly 49 percent of the total at the Tokyo 2020 Games, from 45.6 percent in Rio. 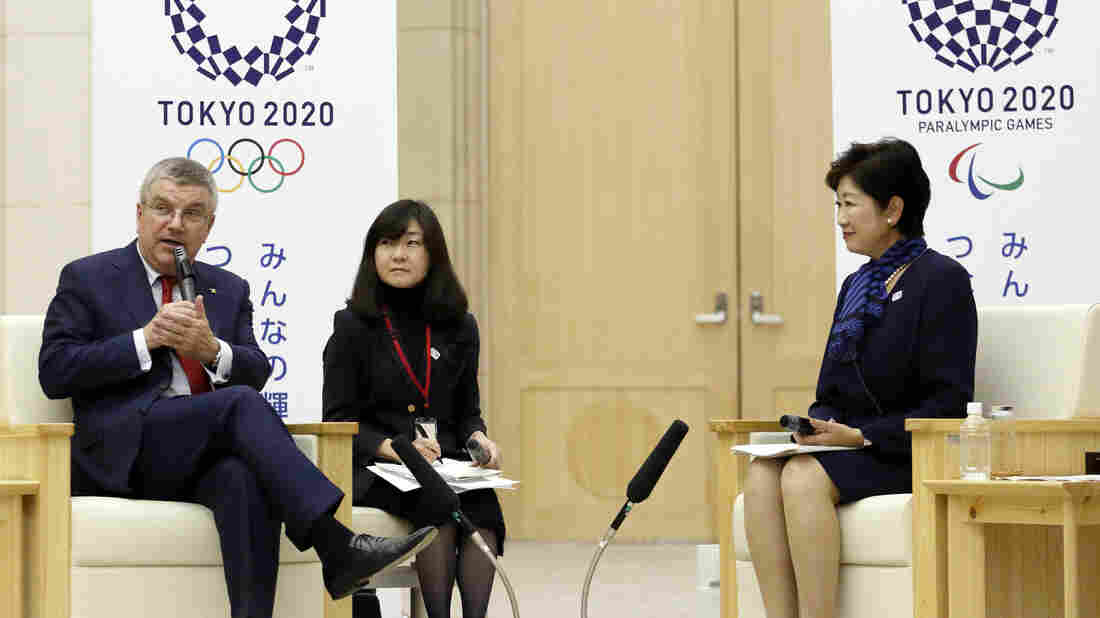 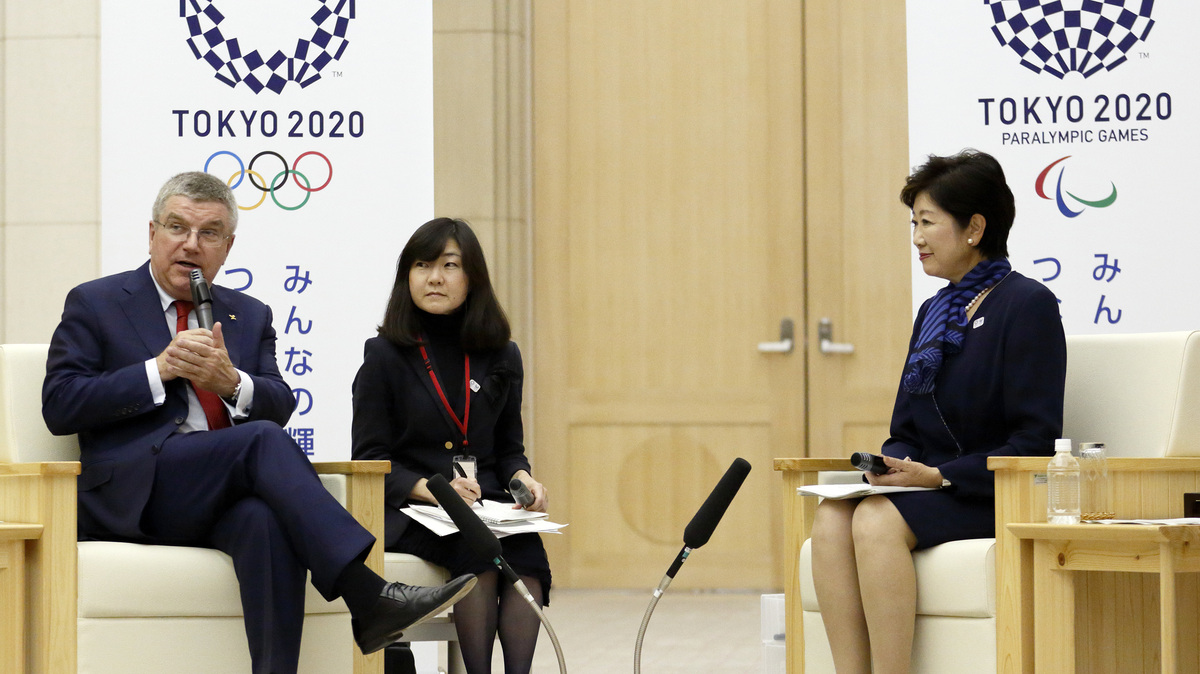 Women and men will compete together in mixed relays at the next Summer Olympics, the International Olympic Committee says, announcing a slate of changes for Tokyo 2020. The IOC says it will get close to gender balance among Olympic athletes, boosting women to nearly 49 percent, from 45.6 percent in Rio.

The Tokyo Games will feature 18 mixed events, up from nine at the Rio Olympics. The IOC's executive board approved the new event program for Tokyo at its meeting in Lausanne, Switzerland, Friday.

Both swimming and track will hold mixed relays, as well as a triathlon team relay; other sports will also allow national sporting federations to blend their male and female athletes, from mixed doubles in table tennis to team events in sports such as judo, cycling and fencing.

Arriving along with five new sports, the shifts represent what IOC President Thomas Bach is calling "a step-change in the Olympic program."

The changes are part of a plan to attract younger viewers. The new sports include surfing, sport climbing, skateboarding, karate, baseball and softball. Existing sports will add new competitions, such as 3-on-3 basketball.

"I am delighted that the Olympic Games in Tokyo will be more youthful, more urban and will include more women," Bach said.

To rebalance the gender participation rates, the IOC shifted a number of men's events, reclassifying them as either women's or mixed. Both the canoe and shooting sports saw three events transferred from men to women.

The IOC's moves will also have other effects. While they will bring an overall increase of 15 events, the board also cut athletes' quotas in a variety of sports, for a net loss of 285 athletes.

The biggest cut hit one of the biggest sports: Athletics, which includes track and field, will have 105 fewer athletes in Tokyo. Weightlifting will lose 64 athletes, while wrestling will lose 56.