Accessibility links
Brazil President Michel Temer Gets Legal Win Against Corruption Accusations : The Two-Way Michel Temer rose to the presidency after running mate Dilma Rouseff was impeached in August, and now faces his own scandals. But Friday, a court dismissed charges of illegal campaign financing.

Brazil's President Gets Legal Win In Battle Against Corruption Accusations

Brazil's President Gets Legal Win In Battle Against Corruption Accusations 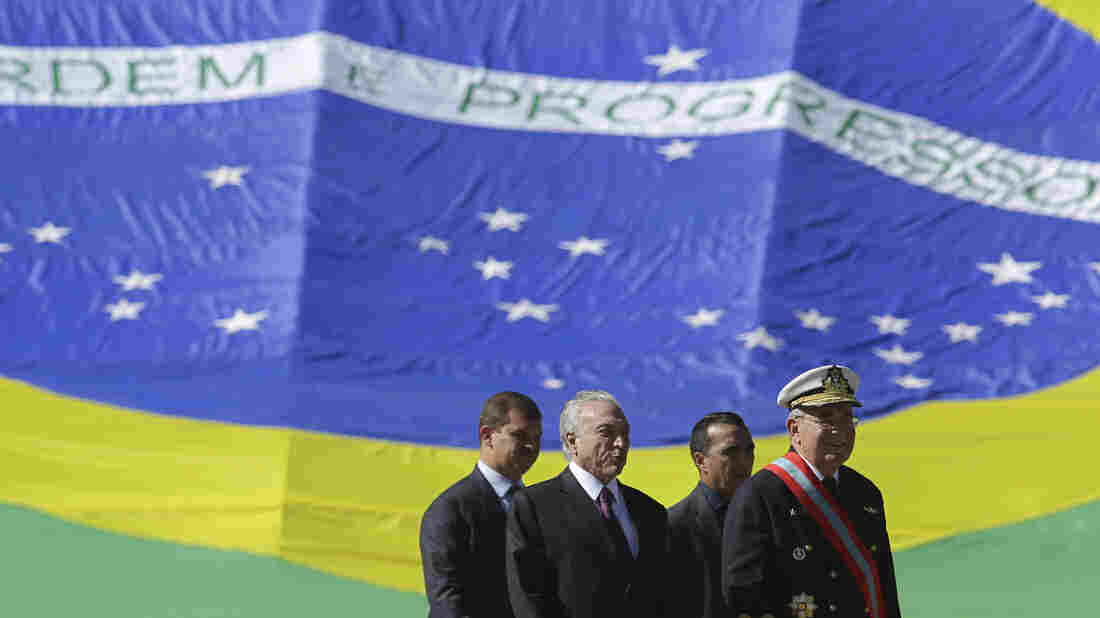 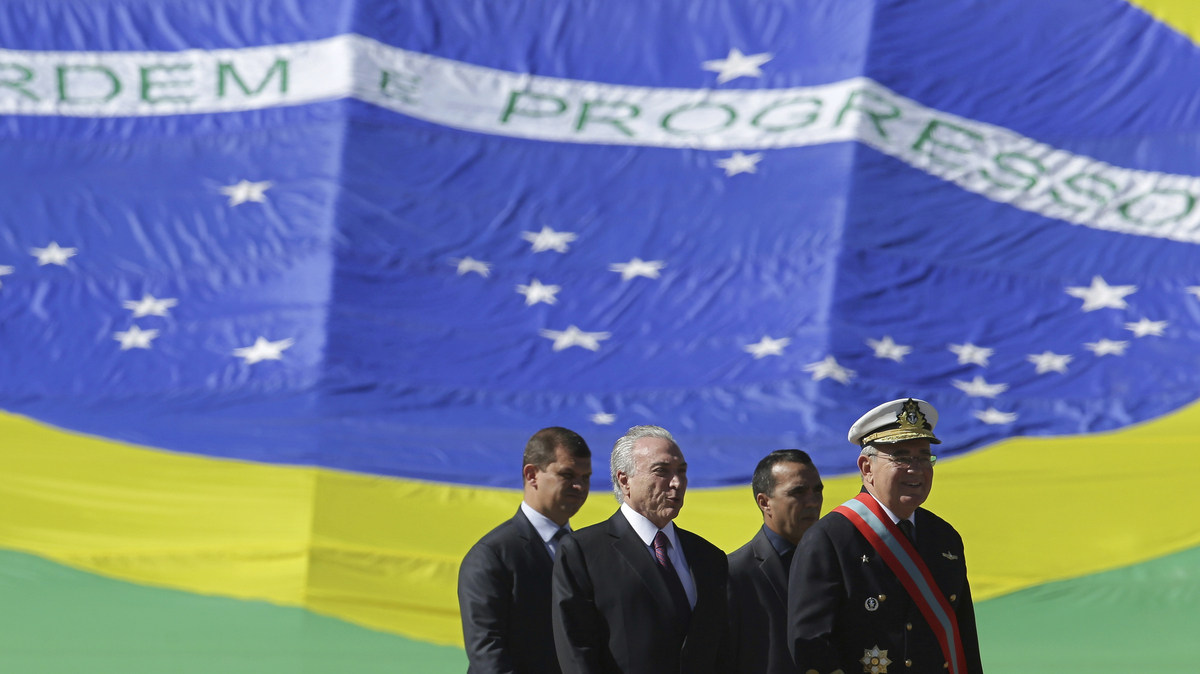 President of Brazil Michel Temer won a crucial victory Friday in his battle to keep his job when an electoral court dismissed charges of illegal campaign financing.

The accusation stems from the 2014 presidential election won by Dilma Rousseff. Her impeachment in August 2016 elevated Temer, her running mate, to the top office, but a guilty verdict in the case decided Friday would have annulled the 2014 results entirely, reports NPR's Philip Reeves.

"After a four-day hearing, broadcast live on Brazilian TV, the judges voted four to three to acquit. The 76-year-old Temer remains in trouble. He's accused of corruption and obstructing justice. His approval ratings are in single figures. A third of his cabinet is under investigation."

The broader scandal is connected to an alleged payment of hush money to jailed politician Eduardo Cunha, a former speaker of the lower house of Brazil's legislature. Temer appeared to endorse the payoff in a recorded phone call that was leaked to the public by the co-owner of a gargantuan Brazilian meatpacking company.

That company recently reached agreement on a $3.2 billion fine for giving $186 million in bribes to nearly 1,900 politicians, echoing the scandal that brought down Rousseff and Cunha — a far-reaching, $3 billion graft scandal centered on state oil company Petrobras.