Accessibility links
Attorney General Sessions' Testimony To Senate Panel Will Be Public : The Two-Way The hearing is scheduled to start at 2:30 p.m. ET Tuesday. The Justice Department says Sessions asked for it to be public.

Attorney General Sessions' Testimony To Senate Panel Will Be Public

Attorney General Sessions' Testimony To Senate Panel Will Be Public 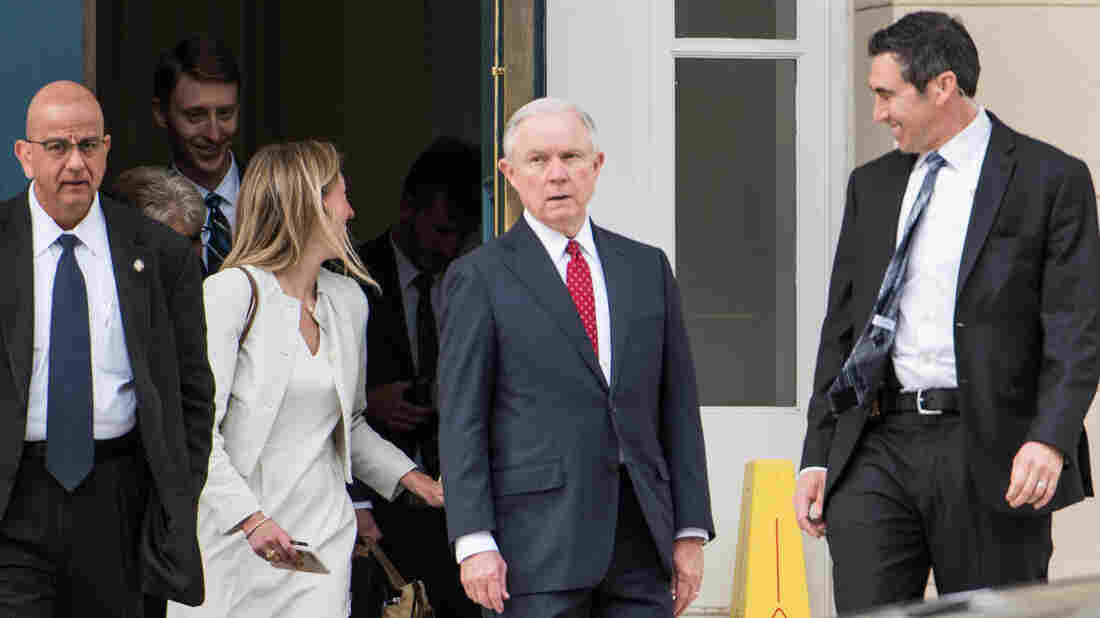 Attorney General Jeff Sessions is expected to be asked about his meetings with Russian officials when he testifies Tuesday. He is seen here leaving the Appellate Chiefs' Conference in South Carolina this weekend. Sean Rayford/Getty Images hide caption 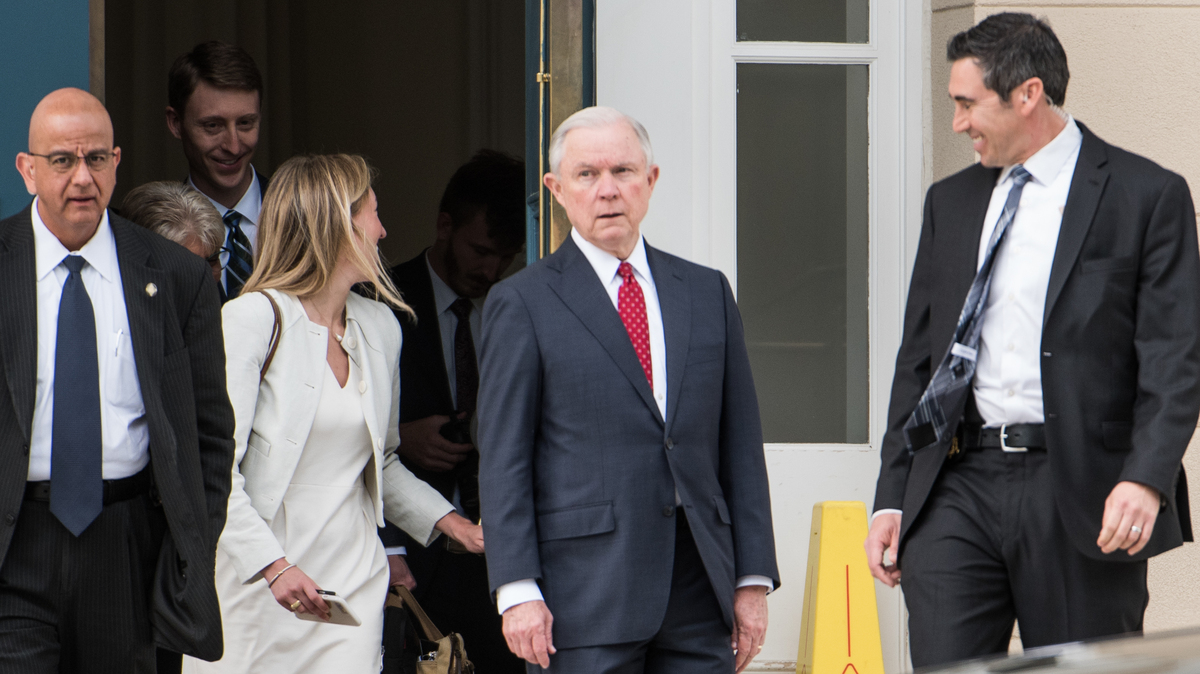 Attorney General Jeff Sessions is expected to be asked about his meetings with Russian officials when he testifies Tuesday. He is seen here leaving the Appellate Chiefs' Conference in South Carolina this weekend.

When Attorney General Jeff Sessions testifies before the Senate Intelligence Committee on Tuesday, it will be in a hearing that is open to the public. A Justice Department spokeswoman tells NPR that Sessions requested it be public.

The hearing in the Hart Senate Office Building is scheduled to start at 2:30 p.m. ET.

"The Attorney General has requested that this hearing be public. He believes it is important for the American people to hear the truth directly from him and looks forward to answering the committee's questions tomorrow," DOJ spokeswoman Sarah Isgur Flores said in a statement, relayed by NPR's Carrie Johnson.

Sessions initially was scheduled to appear at a hearing about the Justice Department's budget on Tuesday morning. Deputy Attorney General Rod Rosenstein will attend that hearing in his place, and Sessions will go before the Senate Intelligence Committee.

Senators on that committee are expected to question Sessions about his meetings with Russians — a topic that has come under increased scrutiny amid investigations into Russian meddling in the U.S. presidential election.

In March, Sessions recused himself from any investigations into Russia's actions in the 2016 campaign. As he did so, he defended himself against allegations of improper contacts, saying, "Let me be clear: I never had meetings with Russian operatives or Russian intermediaries about the Trump campaign."

That remark came after revelations that Sessions had met with Russia's ambassador to the U.S. last year, despite testifying under oath during a confirmation hearing that he "did not have communications with the Russians." The former senator later issued a clarification saying he had met with the ambassador, Sergey Kislyak.

New questions about Sessions emerged last week, after former FBI Director James Comey said he and other leaders at the agency had expected Sessions to recuse himself weeks before he did so — and that the reasons behind that thinking are classified. Sessions could be asked about that part of Comey's testimony as well as his role in Comey's firing last month.

The attorney general has also been the subject of rumors that he might leave the Trump administration.

As NPR's Carrie Johnson recently reported on All Things Considered: "[Sources] are telling me Trump has been very angry with Jeff Sessions for recusing himself in the Russia investigation to begin with, lots of profane conversations and yelling. Sessions actually offered to resign, even though his friends say he doesn't want to leave, but Trump has refused to accept that resignation."

In addition to the Senate Intelligence Committee investigation on Russia, special counsel Robert Mueller is leading an independent inquiry into Russia's election meddling and potential links between Russians and the Trump campaign. Mueller was appointed by Deputy Attorney General Rod Rosenstein last month.