Accessibility links
Greg Gianforte Pleads Guilty To Assaulting A Journalist : The Two-Way The representative-elect was given a six-month deferred sentence after pleading guilty to assaulting a Guardian reporter. He also was sentenced to community service and anger management counseling. 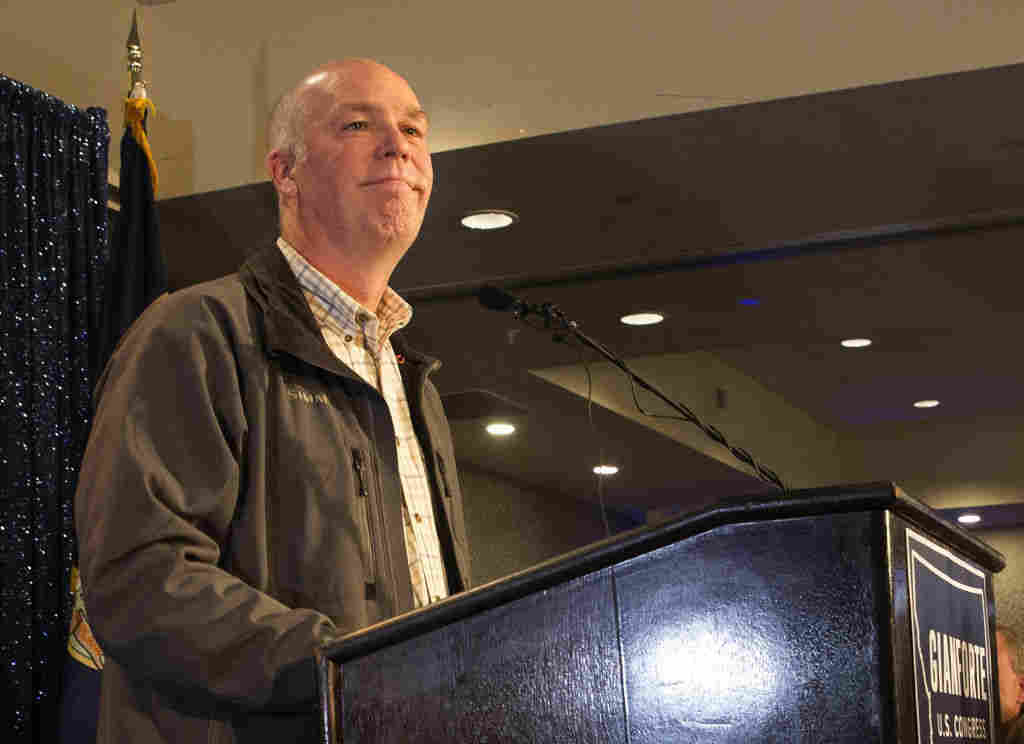 Republican Greg Gianforte speaks to supporters at a May 25 election night party in Bozeman, Mont., after being declared the winner. Janie Osborne/Getty Images hide caption 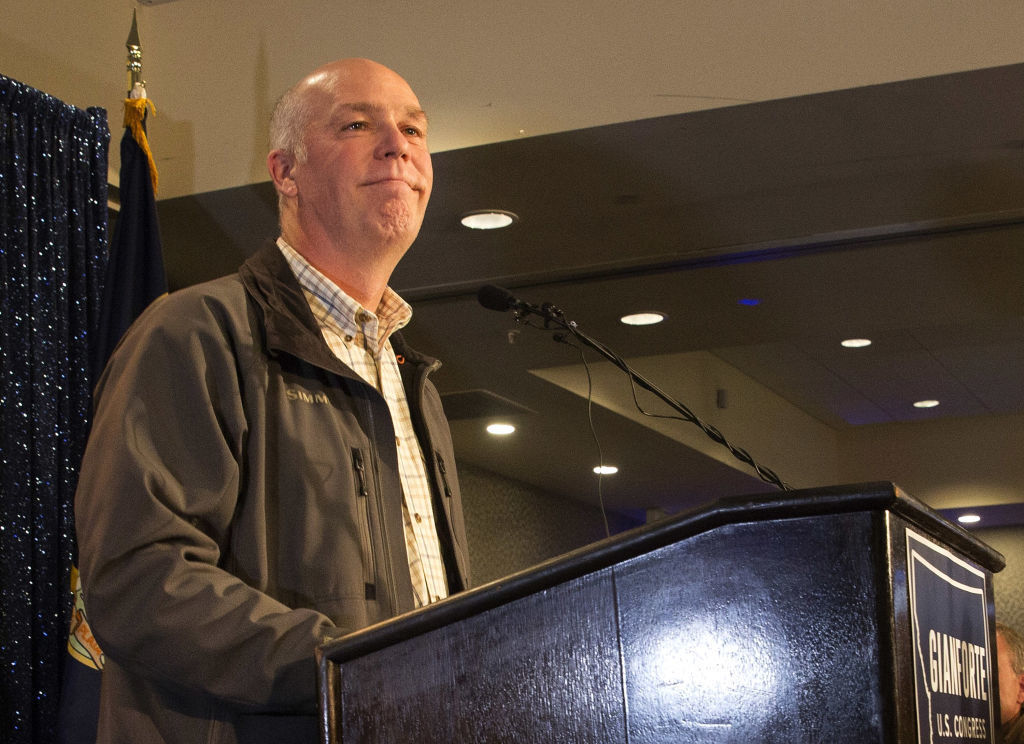 Republican Greg Gianforte speaks to supporters at a May 25 election night party in Bozeman, Mont., after being declared the winner.

Montana representative-elect Greg Gianforte pleaded guilty Monday to a charge of misdemeanor assault after body-slamming a reporter from The Guardian on the eve of Gianforte's election to the U.S. House.

He received a six-month deferred sentence and will serve no jail time.

Guardian reporter Ben Jacobs was asking Gianforte a question on May 24 when the Republican candidate threw him to the ground.

According to Whitney Bermes, a reporter for the Bozeman Daily Chronicle, the judge initially gave Gianforte four days in jail, where under the terms of a jail work program he would be able to spend two of those days working.

However, after consulting with prosecution and defense lawyers, the judge changed the initial sentence minutes later, Bermes reported: "NO jail time for Gianforte. But has to do 40 hours of community service, 20 hours anger management."

In Montana, the maximum penalty for misdemeanor assault is a $500 fine and six months in jail, as Montana Public Radio's Corin Cates-Carney reported.

"When you make a mistake, you have to take full responsibility," Gianforte told reporters. "That's what I've done today and you know, I look forward to putting this behind me."

The Two-Way has previously described how the incident unfolded:

"On the eve of a May 25 special election for the House in Montana, Gianforte was about to do a television interview when Jacobs asked a question about congressional Republicans' health care plan when — as captured in an audio recording — Gianforte physically attacked him. Jacobs is heard on the recording saying the candidate had body-slammed him and broken his glasses.

"A spokesman for Gianforte issued a statement saying Jacobs, brandishing a cellphone, interrupted an interview and badgered the candidate with questions, and that Gianforte reacted by attempting 'to grab the phone that was pushed in his face.' ...

"[However,] as we reported, three Fox News reporters who were in the room preparing for the interview with Gianforte confirmed that the candidate 'grabbed Jacobs by the neck with both hands and slammed him into the ground ... then began punching the reporter.' "

The representative-elect entered the plea days after reaching a deal with Jacobs, which involved an apology from Gianforte and a donation of $50,000 to the Committee to Protect Journalists in exchange for Jacobs agreeing not to file a lawsuit.

Part of the deal was that Jacobs wouldn't object if Gianforte entered a plea of "no contest," which would not formally be admitting guilt.

In a statement to the court, Jacobs said he hoped the sentencing would send a message about the "important role of the free press and the need to help heal our political system." He adds:

"While I have no doubt that actions like these were an aberration for Congressman-elect Gianforte personally, I worry that, in the context of our political debate, they have become increasingly common. In recent years, our discourse has grown increasingly rancorous and increasingly vile. This needs to stop."

Montana Public Radio's Whitney adds that after the assault on Jacobs, "state and national Democratic Party officials called on Gianforte to resign the U.S. House seat he won." His swearing-in date has not yet been set.