Accessibility links
Dennis Rodman Says He's On A 'Mission' In New Visit To North Korea : The Two-Way Dennis Rodman is one of the few people on Earth who can claim relationships with both Kim Jong Un and President Trump. 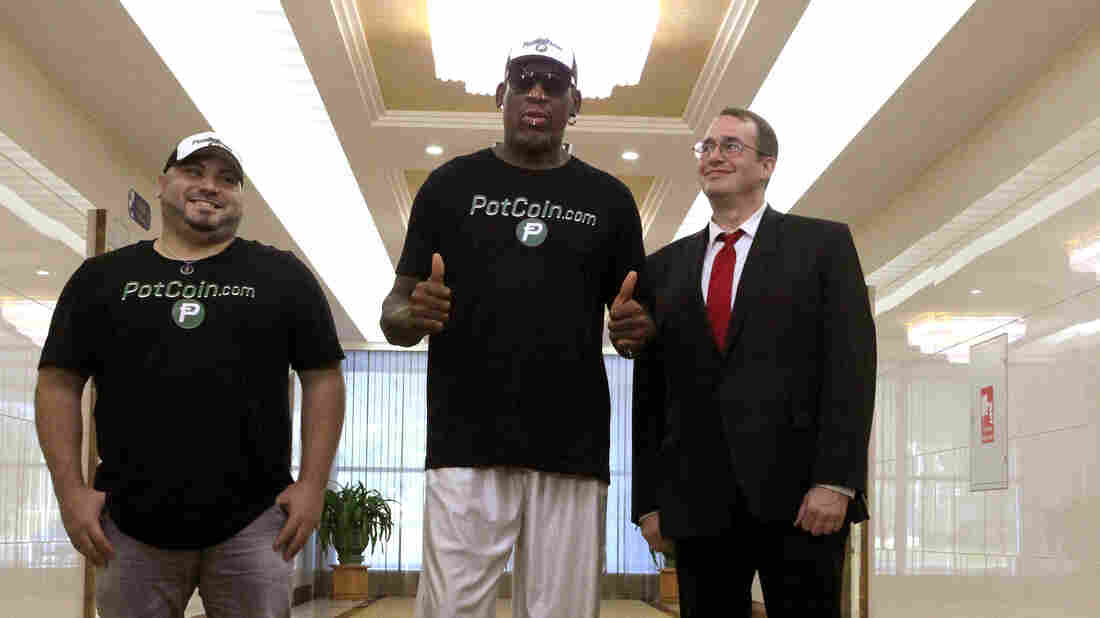 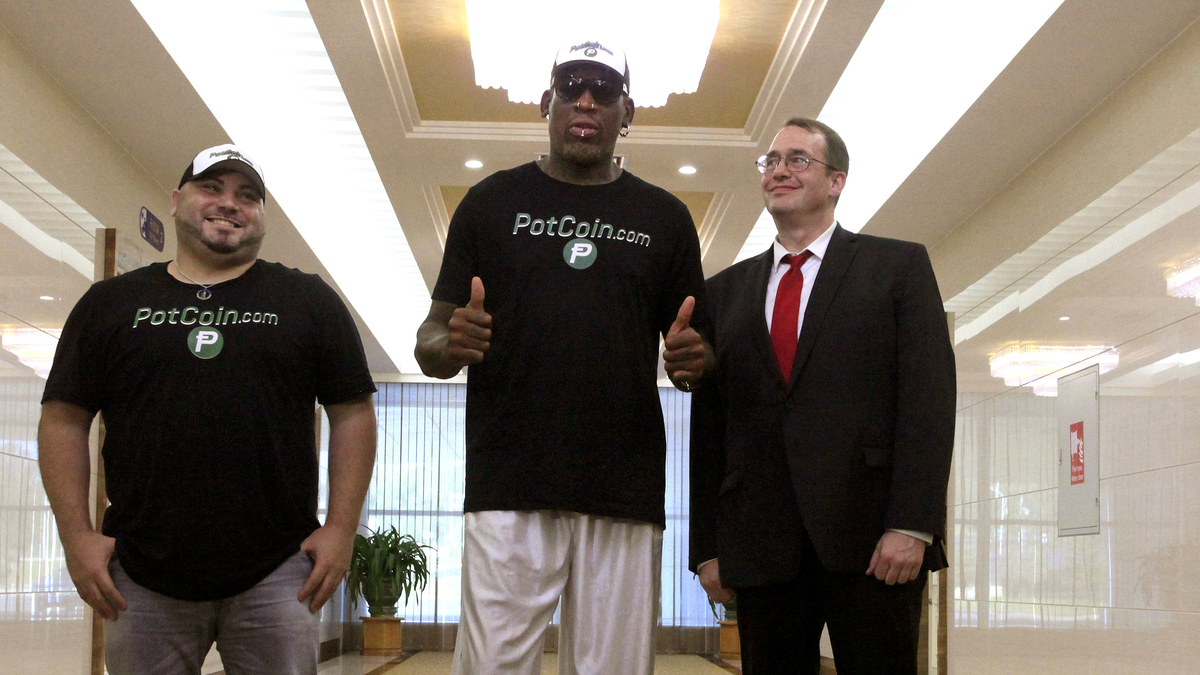 Former NBA player Dennis Rodman is now in North Korea, returning to the isolated nation to try to "open a door" with leader Kim Jong Un, he told reporters before his flight departed from Beijing on Tuesday.

"I'm back!" Rodman said on Twitter, announcing his trip. Despite saying he is on a "mission," he did not provide details about his plans. Speaking to journalists and wearing a T-shirt for his sponsor, the marijuana banking service PotCoin.com, Rodman said he thinks President Trump is pleased with his visit to North Korea.

"Rodman is in the unusual position of being an acquaintance of both President Donald Trump and North Korean leader Kim Jong Un," NPR's Rob Schmitz reports from Shanghai. He adds, "Though Rodman appeared on Trump's reality show and endorsed him for president, analysts don't think he is acting as a back channel conduit between the two countries."

Headed back to North Korea. Thank you https://t.co/zBtIFz1QBr for sponsoring my mission. I'll discuss when I return. https://t.co/oCEsSvI90B

The trip comes at a time of heightened tensions between the U.S. and North Korea, which has conducted missile tests and detained four American citizens. One, Otto Warmbier, a University of Virginia student, was released Tuesday. The others are still in custody. Rodman said the detainees aren't the reason he is traveling to see Kim.

As NPR's Elise Hu reports from Seoul, the U.S. State Department has issued several warnings advising Americans not to travel to North Korea. While the U.S. is aware of the current visit, Rodman is acting as a private citizen.

Rodman is being accompanied by a small entourage: his agent, Chris Volo, and Joe Terwilliger, a geneticist who has taught in Pyongyang and who has said he serves as Rodman's translator.

Rodman, who won national titles with both the Chicago Bulls and Detroit Pistons, has visited North Korea several times, including for a birthday celebration in 2014 in which he played basketball. As for the current trip, here is what Rodman said about his aspirations, in a video released just before he departed:

"Hopefully we come back with a positive attitude and hope that the door can be a little bit open. So give us luck and praise for doing what we're doing."

Rodman added, "I'll discuss my mission when I return."