Accessibility links
Dakota Access Pipeline: Judge Delivers Blow To Trump Administration : The Two-Way The federal judge found the Trump administration failed to follow environmental procedures. While the ruling doesn't order a halt to pipeline operations, it does open the door to that possibility. 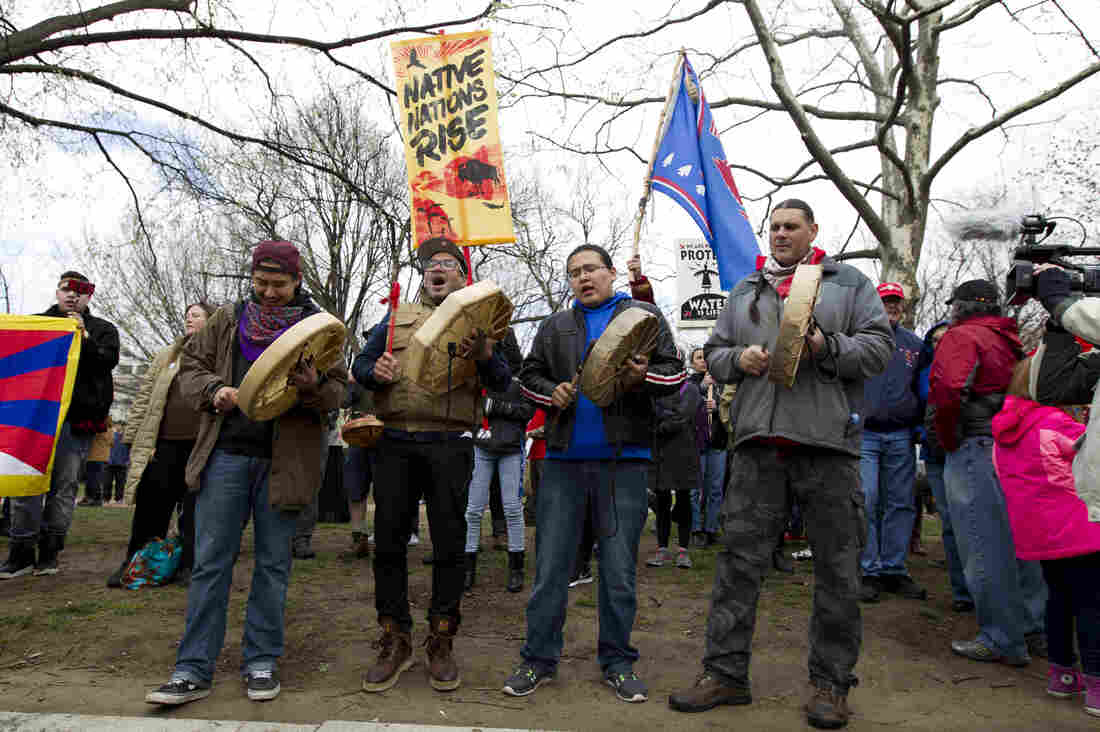 Native Americans and their supporters protest in March outside of the White House against the construction of the disputed Dakota Access oil pipeline. Jose Luis Magana/AP hide caption 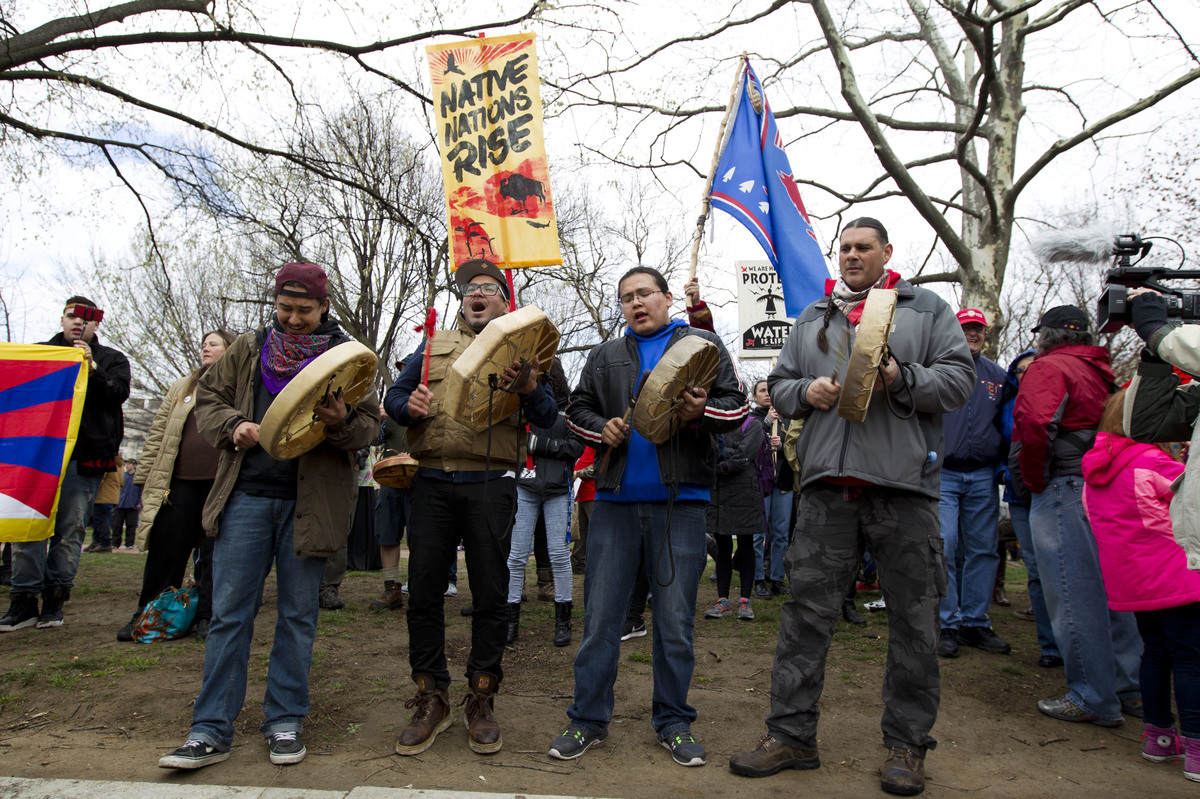 Native Americans and their supporters protest in March outside of the White House against the construction of the disputed Dakota Access oil pipeline.

A federal judge in Washington, D.C., ruled Wednesday that the Trump administration failed to follow proper environmental procedures when it granted approval to the controversial Dakota Access Pipeline project.

It's a legal victory for the Standing Rock Sioux tribe and environmentalists, who protested for months against the pipeline. Oil started flowing through it earlier this month. The tribe fears that the pipeline, which crosses the Missouri River just upstream of its reservation, could contaminate its drinking water and sacred lands.

However, he says, the Corps "failed to adequately consider the impacts of an oil spill on Standing Rock's fishing and hunting rights and on environmental justice, and in February 2017, it did not sufficiently weigh the degree to which the project's effects are likely to be highly controversial in light of critiques of its scientific methods and data."

This ruling does not order a halt to pipeline operations. But it opens the door to that possibility.

The judge writes that the standard remedy in this situation would be to vacate the pipeline's permits and easement, thereby halting pipeline operations until the Army Corps is in compliance with environmental procedures.

"Such a move, of course, would carry serious consequences that a court should not lightly impose," Boasberg says. He ordered the parties to submit briefings about the legal question and scheduled a status hearing for next Wednesday.

"This is a major victory for the Tribe, and we commend the courts for upholding the law and doing the right thing," Standing Rock Sioux Chairman Dave Archambault II said in a statement. "The previous administration painstakingly considered the impacts of this pipeline, and President Trump hastily dismissed these careful environmental considerations in favor of political and personal interests. We applaud the courts for protecting our laws and regulations from undue political influence and will ask the Court to shut down pipeline operations immediately."

As we have previously reported, "during President Trump's first month in office, he reversed a decision by the Obama administration and called on the Army to expedite the approval process for the section of the pipeline that had not yet been built."

Energy Transfer Partners, the pipeline company, has not commented on Wednesday's ruling.

Before this victory, two previous lines of argument by the tribe have not "yielded success," the judge wrote in his opinion. The first argued that "the grading and clearing of land for the pipeline threatened sites of cultural and historical significance," while the second contended that the oil in the pipeline under a lake significant to the tribe "would desecrate sacred waters and make it impossible for the Tribes to freely exercise their religious beliefs."

The pipeline spans nearly 1,200 miles from North Dakota to Illinois, and the pipeline company says it can carry 520,000 barrels of oil daily.