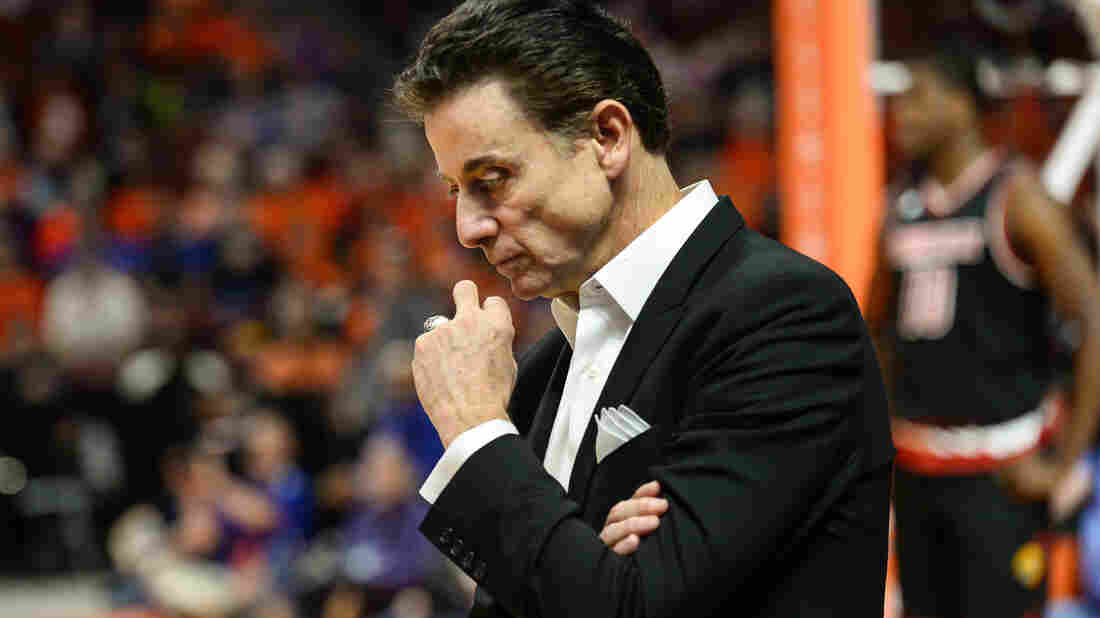 Louisville head basketball coach Rick Pitino will be suspended for the first five games of the 2017-18 ACC season, after the NCAA's Committee on Infractions criticized his monitoring of the basketball program. Icon Sports Wire/Corbis via Getty Images hide caption 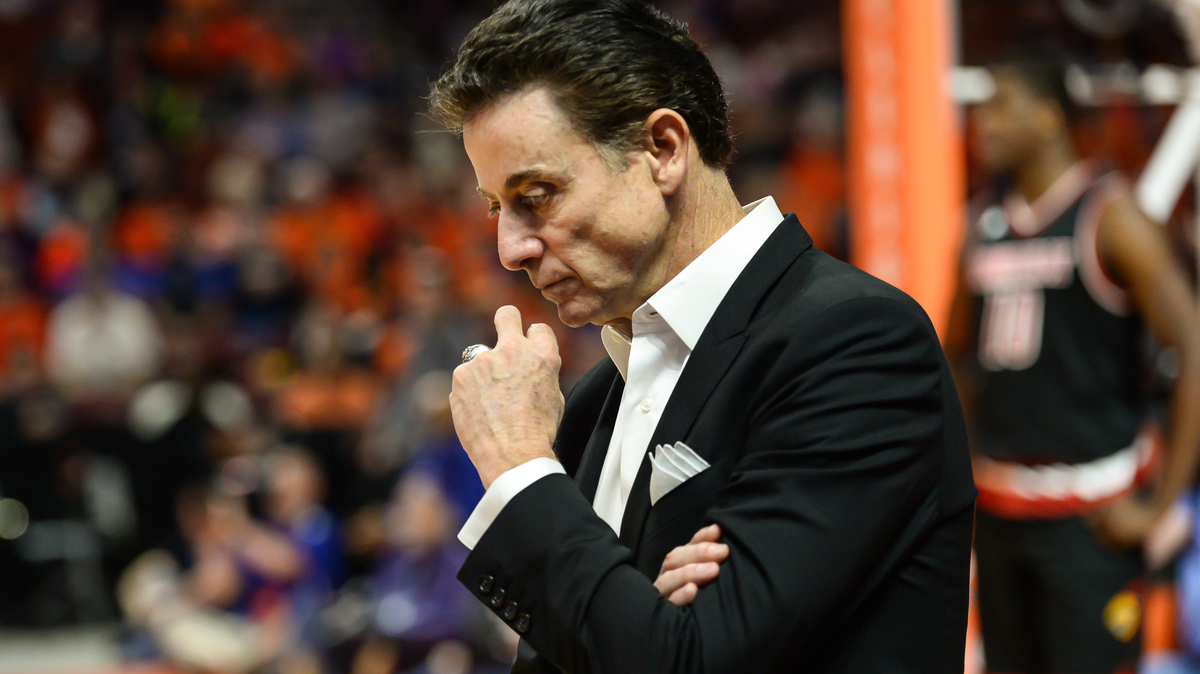 Louisville head basketball coach Rick Pitino will be suspended for the first five games of the 2017-18 ACC season, after the NCAA's Committee on Infractions criticized his monitoring of the basketball program.

The University of Louisville's former director of basketball operations acted unethically and committed serious violations "by arranging striptease dances and sex acts for prospects, student-athletes and others," the NCAA Committee on Infractions said Thursday, issuing a report that also faulted head coach Rick Pitino for violating rules on his oversight responsibilities.

The report calls for Pitino to be suspended for the first five Atlantic Coast Conference games in the 2017-18 season. The team will vacate its records from December 2010 through July 2014 — a span that includes the team's national title in 2013 — for games in which ineligible players took part. Louisville has 45 days to submit a report listing the affected games.

The Kentucky university is being put on probation for four years, and it will be forced to return money it received through conference revenue sharing for appearances in the NCAA men's basketball tournament from 2012 to 2015. The men's basketball team will also be limited in its scholarships and recruiting.

Louisville Public Media reports that Pitino plans to appeal the committee's decision, which he said at a news conference was "over the top."

The rules committee also issued a public reprimand and censure for the University of Louisville, saying the school had failed to "provide a safe, healthy and positive environment for their student-athletes, not only academically, but in all facets of their lives."

"The operations director arranged adult entertainment and/or sex acts for 15 prospects, three enrolled student-athletes, a friend visiting with one of the prospects and two nonscholastic coaches," the NCAA states. "At least seven, and perhaps as many as 10, of the 15 prospects were under the age of 18 at the time."

The operations director at the time was Andre McGee, who became an assistant coach shortly after his collegiate career ended at Louisville. The infractions panel says McGee committed further violations by refusing to cooperate with the NCAA's inquiry, denying requests for an interview and withholding records.

The NCAA investigation comes nearly two years after Katina Powell, a woman who described herself as a former escort, published a book titled Breaking Cardinal Rules: Basketball And The Escort Queen. In it, Powell accused McGee of paying her "to provide strippers at dorm room parties for basketball players and recruits from 2010-2014," as the Two-Way reported in 2015.

Many of those parties took place at the players' dorm, Billy Minardi Hall, on the edge of campus. The rules committee says Pitino acknowledged that after putting McGee in charge of the dorm, he and his other assistants had no interactions with visiting prospects from 10 p.m. until the next morning.

McGee was hired onto the coaching staff one year after he had played for Pitino and the Cardinals as the starting point guard. The NCAA says that when Pitino hired McGee and placed him in Minardi Hall, he "essentially placed a peer of the student-athletes in a position of authority over them and visiting prospects."

After the revelations came out in Powell's book, Pitino said he was "disheartened, disappointed." He also called on McGee to come forward, saying, "There's only one person who can speak on this matter, and that's Andre McGee. He owes it to his teammates, coaches and the university to tell the truth. The truth has got to come out, and it can't just be to the NCAA. He's the only one with any answers."

The University of Louisville launched an internal investigation into the claims and notified the NCAA; it later imposed a punishment on itself, banning the basketball team from postseason play in the 2015-16 season. The NCAA's infractions panel said it also accepted that self-imposed penalty.