Accessibility links
Text Messages Urging Suicide Result In Involuntary Manslaughter Conviction : The Two-Way Michelle Carter's defense attorney had maintained that the case was one of suicide, not homicide. But a judge said her "wanton and reckless conduct" resulted in Conrad Roy's death. 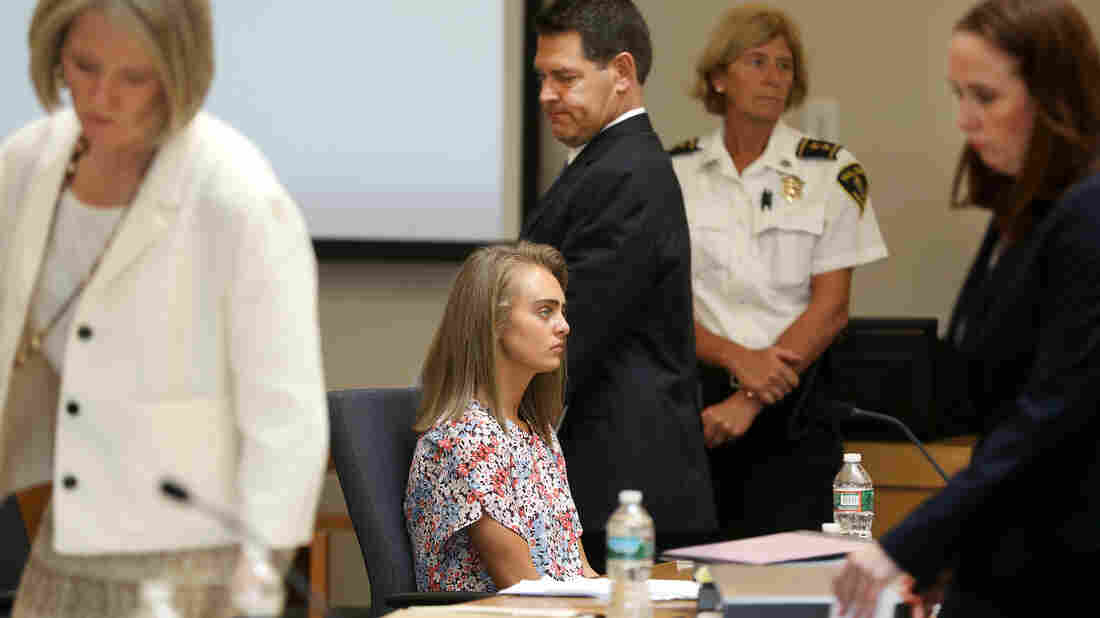 Michelle Carter, at her trial earlier this week, had exchanged text messages about suicide with a friend who eventually killed himself. Boston Globe via Getty Images hide caption 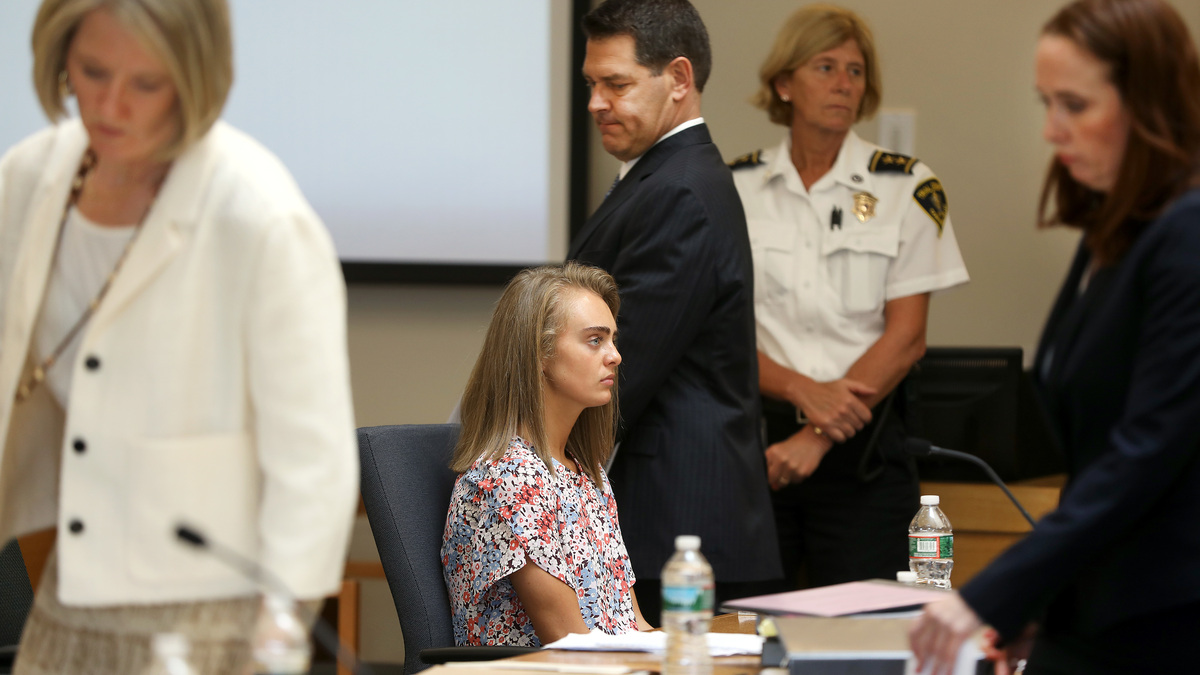 Michelle Carter, at her trial earlier this week, had exchanged text messages about suicide with a friend who eventually killed himself.

A Massachusetts judge has found Michelle Carter guilty of involuntary manslaughter after, prosecutors say, the then-teenager sent a fellow teenager text messages that urged him to commit suicide.

Juvenile Court Judge Lawrence Moniz decided the case, which Carter had opted to be heard by a judge rather than a jury. Even before Moniz read his verdict Friday, Carter, 20, was weeping and holding a tissue in the courtroom. The judge agreed with prosecutors that Carter's "wanton and reckless conduct" had resulted in the death of Conrad Roy III.

The state's punishment for Carter was not announced; sentencing will be delayed until early August, to allow a pre-sentencing report to be prepared.

The case stems from the death of Roy in July 2014, when Carter was 17 and Roy was 18. At the time, Carter was living in Plainville, Mass.; Roy was found dead about 50 miles away in a parking lot in Fairhaven, Mass., in a truck whose cab was filled with carbon monoxide by a generator.

In text messages that were later entered as evidence, Carter told Roy he was ready to kill himself and asked him to promise he would go through with it. Prosecutors said during the trial that Carter had told Roy to get back in the truck after he told her he had gotten out and that she had failed to notify anyone that Roy was in danger.

Moniz agreed with the prosecution, saying Friday that "Ms. Carter's actions, and also her failure to act, where she had a self-created duty to Mr. Roy, since she had put him into that toxic environment, constituted, each and all, wanton and reckless conduct."

Carter's defense attorney had maintained that the case was one of suicide, not homicide. Joseph Cataldo noted that Roy had previously attempted to kill himself.

The trial was allowed to begin only after the Massachusetts Supreme Judicial Court ruled that the charge against Carter should stand, saying there was probable cause for charges based on the "coercive quality" of Carter's messages to Roy.

Here's how WBUR's David Boeri described the start of the trial last week:

"In court Tuesday, Bristol County prosecutor Maryclare Flynn called them boyfriend and girlfriend, which seems belied by the fact that Roy and Carter ever only saw each other two or three times after they first met.

"But, in some ways, they were actually closer than teenage sweethearts, since they were confiding their thoughts and plans for killing themselves.

" 'He came to rely on her more and more than anyone else during that time period,' Flynn said. 'They texted at all hours of the day and night. When Conrad told her that he didn't believe in himself any longer, she brought up the fact: 'Take your life?' she questioned. He said, 'You think I should?' "

"They conversed about psychiatric hospitals, antidepressants and the best ways to kill yourself."