Accessibility links
7 U.S. Service Members Wounded In 'Insider Attack' In Afghanistan : The Two-Way The shooter, who was dressed in an Afghan military uniform, was killed in the attack at Camp Shaheen, officials at the base say. It's the second "green-on-blue" shooting in Afghanistan in a week. 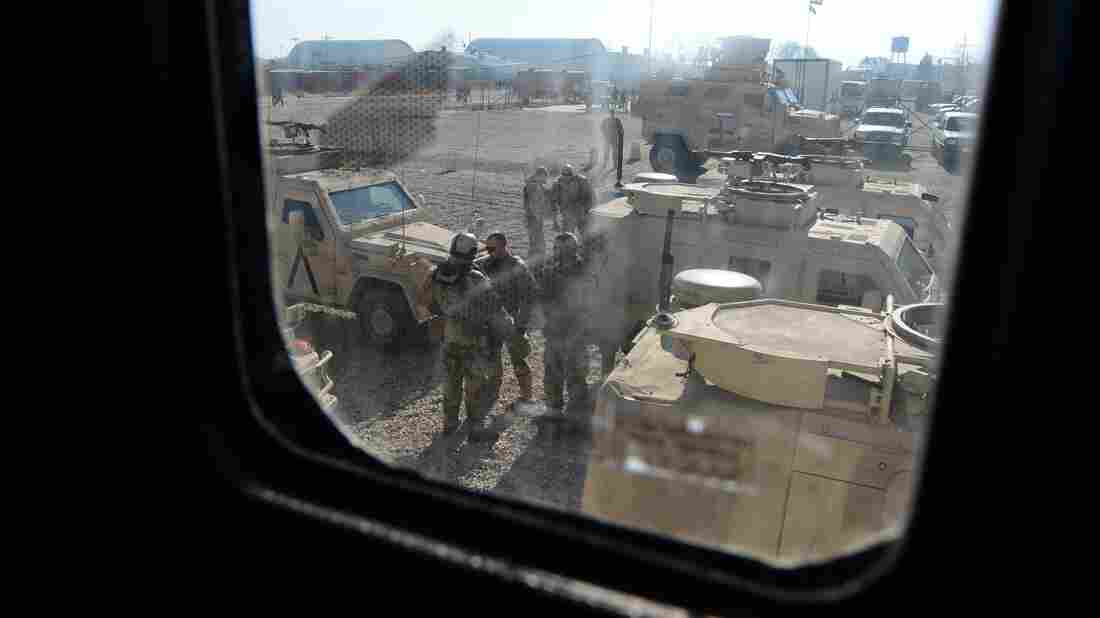 The man who attacked Camp Shaheen, the Afghan military base, was wearing an Afghan military uniform, the second such attack in the country in a week. John MacDougall/AFP/Getty Images hide caption 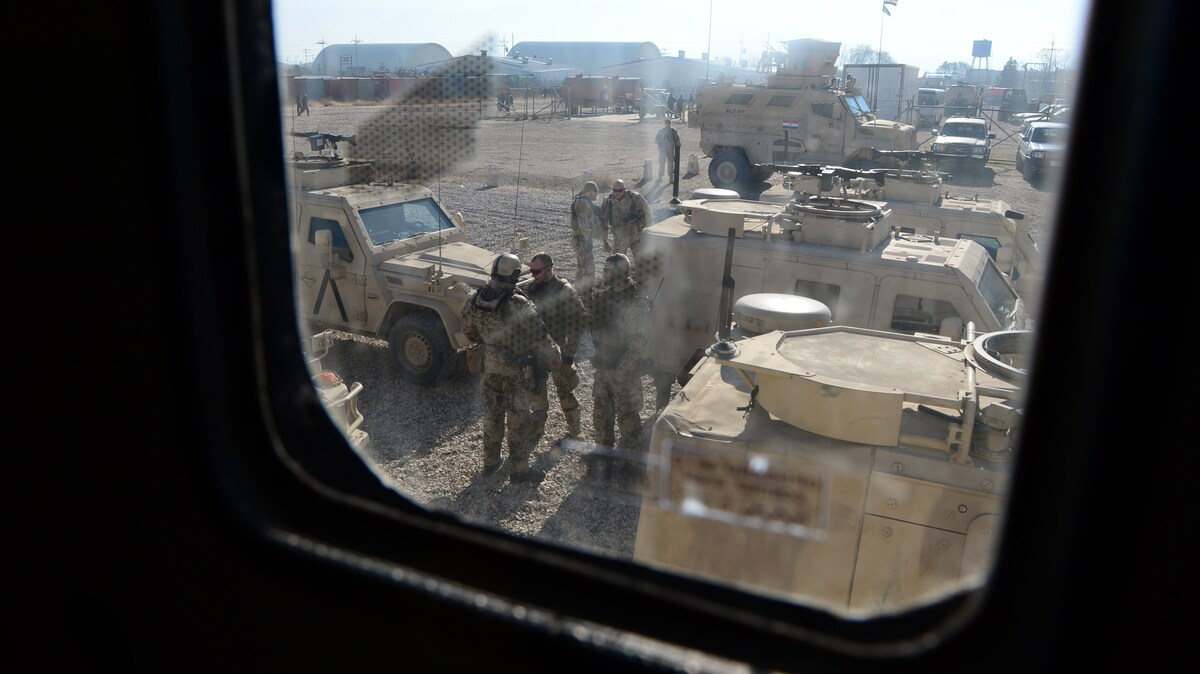 For the second time in a week, a man in an Afghan army uniform opened fire on U.S. service members at a base in Afghanistan. The attack Saturday at Camp Shaheen left seven American soldiers wounded, according to officials with the NATO-led mission in the country.

Officials at the northern base tell Jennifer Glasse, who reported from Kabul for our Newscast unit, that the shooter was killed. At least one Afghan soldier was also wounded in the attack. A tweet from the NATO-led Operation Resolute Support described it as an "insider attack."

"At this time, we can confirm there are no U.S. or NATO Resolute Support fatalities," the mission said in a statement.

The violence comes just seven days after an Afghan soldier turned his weapon on his U.S. counterparts in another region of Afghanistan, killing three soldiers and wounding another. The Taliban claimed responsibility for that attack, which unfolded on June 10 in eastern Afghanistan.

And earlier this year, Taliban fighters dressed as Afghan soldiers stormed Camp Shaheen, killing more than 160 people at the base in northern Afghanistan.

"The Taliban have been able to bring in soldiers into the Afghan army and make them sleepers, as it were, until the right time," journalist Ahmed Rashid told Weekend All Things Considered in April. "This is a strategy that has been working very effectively for the Taliban and is something that the Americans and the Afghan command has been able to do very little about."

The Pentagon is weighing the possibility of sending thousands more troops to the country to train Afghan forces to break what Lt. Gen. John Nicholson calls a stalemate there.

President Trump recently gave James Mattis, the secretary of defense, the authority to increase U.S. troop levels in the country — and "right now, this new troop request is being worked by the commander in Afghanistan, the National Security Council under H.R. McMaster and senior leaders at the Pentagon," NPR's Tom Bowman told All Things Considered.

"We are not winning in Afghanistan right now," Mattis told Congress on Tuesday, "and we will correct this as soon as possible."