Accessibility links
Ray Tensing Police Shooting Case Goes To A Jury, For The Second Time : The Two-Way An earlier trial ended in a hung jury last November. Tensing faces murder and manslaughter charges over his killing of Sam DuBose in 2015. 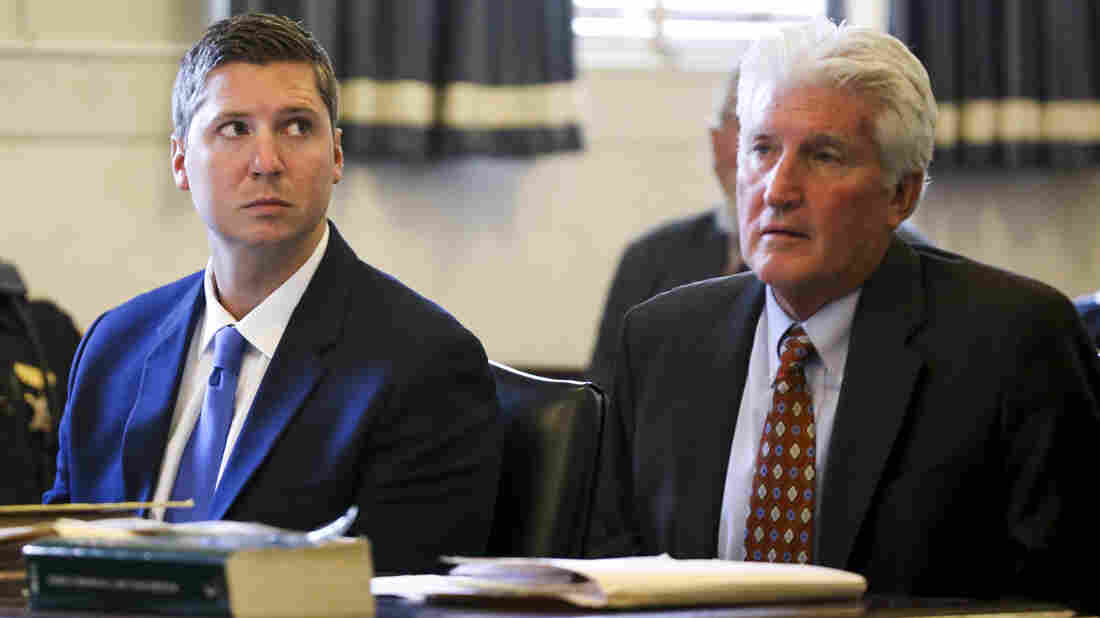 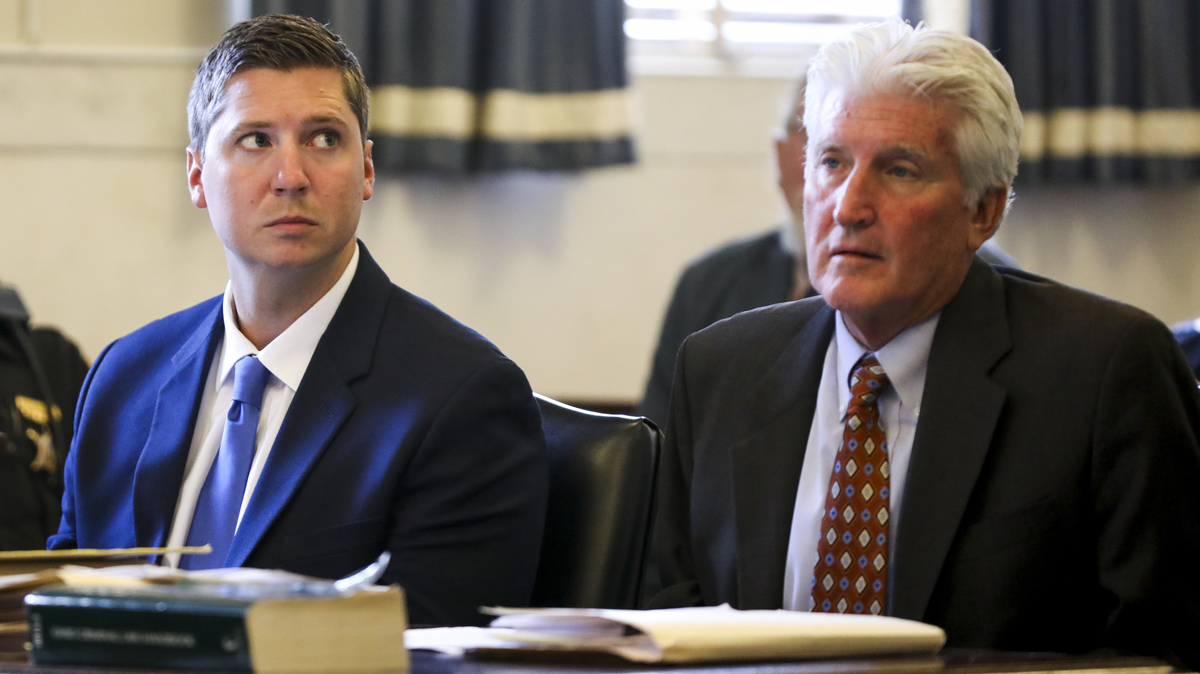 Former University of Cincinnati police officer Ray Tensing, left, faces a murder charge over the death of Sam DuBose. Tensing is seen here during his retrial Friday at the Hamilton County Courthouse in Cincinnati.

For the second time in eight months, the fate of former University of Cincinnati police officer Ray Tensing is in the hands of a jury over the fatal shooting of black motorist Sam DuBose. A previous trial ended in a deadlocked panel, and a mistrial.

As in the earlier trial, Tensing, 27, faces murder and manslaughter charges over his killing of DuBose in July of 2015. The police officer had pulled DuBose over because the car he was driving was missing its front license plate.

As we reported last fall:

"Body-cam footage of the shooting created an uproar after it showed that Tensing, who is white, engaged in a brief struggle with DuBose before firing his pistol into the car. Seconds before, the two had been discussing whether DuBose had a license, and whether he should take off his seatbelt.

"When he announced that Tensing had been indicted for murder less than two weeks after the fatal traffic stop, Hamilton County Prosecutor Joe Deters called the officer's actions 'asinine' and 'totally unwarranted.' "

Tensing took the witness stand in his own defense on Friday, delivering tearful testimony in which he said he had fired his weapon "to stop the threat," not intending to kill DuBose. As member station WVXU reports, Tensing said he has thought about the encounter "millions of times" in the past two years.

"Tensing said Sam DuBose's demeanor – acting evasive and stalling when asked questions – made him think 'something else is going on here.'

"As the incident unfolded, Tensing said, he believed his arm was pinned between DuBose's and the steering wheel. He felt himself falling and the car moving into him, he testified. Then he perceived he was being dragged."

It could be several days before we learn the outcome of this trial. In the earlier trial, the jury began deliberations on a Wednesday but after the jurors were unable to agree on a verdict, a mistrial was declared on Saturday, Nov. 12.

Seeking to give the jury another option in the current trial, prosecutors asked Hamilton County Judge Leslie Ghiz last week to allow the jury to consider the less-serious charge of reckless homicide. But Ghiz denied that request.