Accessibility links
Otto Warmbier Has Died, Family Says : The Two-Way The 22-year-old student, who was freed last week after more than a year in North Korean detention, died Monday. Doctors said last week that he had "extensive loss of tissue" in all parts of his brain. 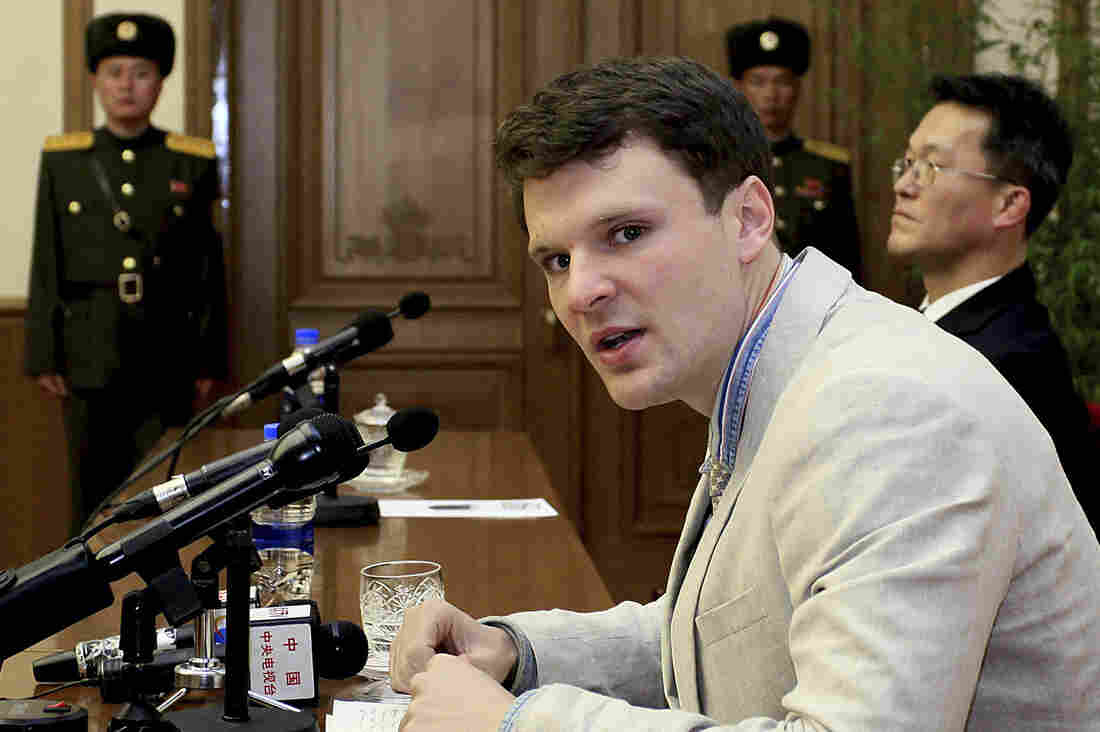 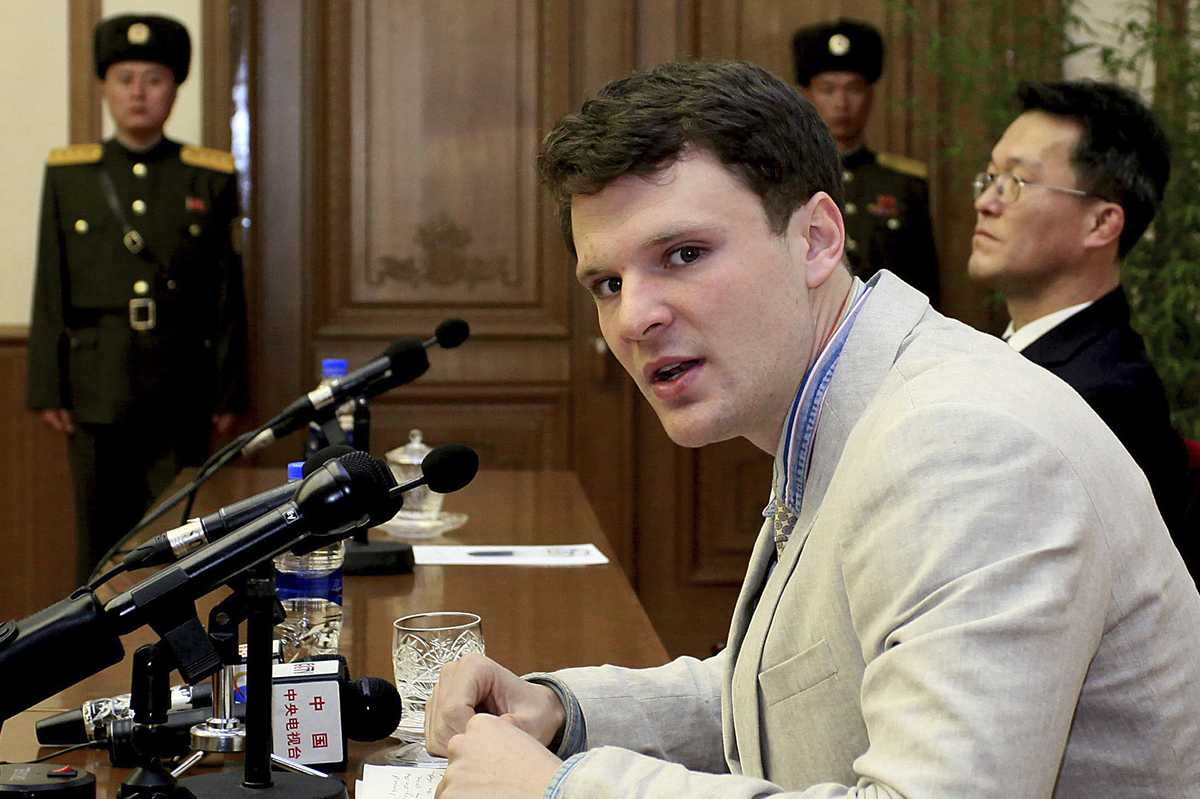 American student Otto Warmbier speaks as he is presented to reporters in Pyongyang, North Korea in Feb. 2016.

Otto Warmbier, a U.S. citizen who was freed last week after more than a year in North Korean detention, has died. Doctors who examined him after his return to said he had "extensive loss of tissue" in all parts of his brain.

Warmbier, 22, had been in a coma since coming home to the United States last week.

His parents, Fred and Cindy Warmbier, said in a statement that their son died on Monday afternoon. "Unfortunately, the awful torturous mistreatment our son received at the hands of the North Koreans ensured that no other outcome was possible beyond the sad one we experienced today," they said.

"When Otto returned to Cincinnati late on June 13th he was unable to speak, unable to see and unable to react to verbal commands. He looked very uncomfortable – almost anguished," the family said. "Although we would never hear his voice again, within a day the countenance of his face changed – he was at peace."

They added: "He was home and we believe he could sense that."

On Thursday, as The Two-Way reported, Daniel Kanter from the University of Cincinnati Health told reporters that Warmbier was suspended in a state of "unresponsive wakefulness." Here's more:

"Kanter and his colleagues say they've found no evidence that Warmbier, who has demonstrated no awareness of his surroundings, suffered from the effects of botulism — a finding that appears to contradict the explanation offered by his North Korean captors. Authorities there have said Warmbier fell into a coma after contracting botulism and taking a sleeping pill."

The University of Virginia student was arrested in Pyongyang in January 2016, and as we have reported, was "accused of trying to steal a propaganda poster from an employee area of his hotel."

He was swiftly sentenced to 15 years in prison and hard labor. His medical condition was a surprise to U.S. officials and his family, who were told about it earlier this month.

It's not clear how long he had been in a coma or what triggered it, though doctors said they did not find signs of physical trauma.

Warmbier's family described him as a "warm, engaging brilliant young man whose curiosity and enthusiasm for life knew no bounds."

President Trump offered condolences to the Warmbier family in a statement, saying that "Otto's fate deepens my Administration's determination to prevent such tragedies from befalling innocent people at the hands of regimes that do not respect the rule of law or basic human decency."

U.S. Ambassador to the United Nations Nikki Haley said in a statement that "countless innocent men and women have died at the hands of the North Korean criminals, but the singular case of Otto Warmbier touches the American heart like no other."