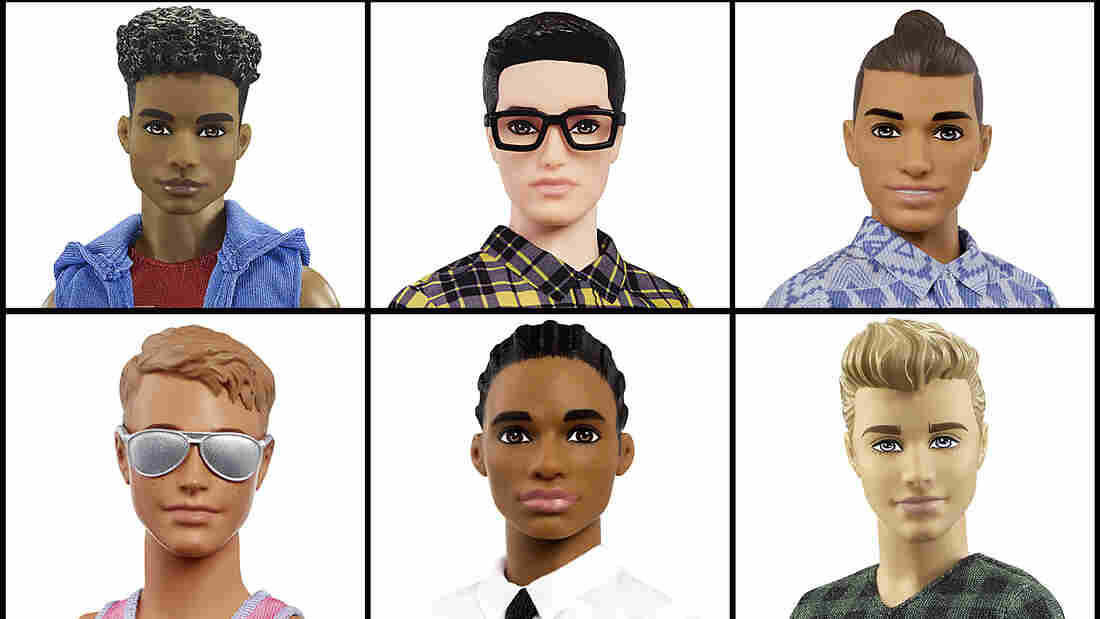 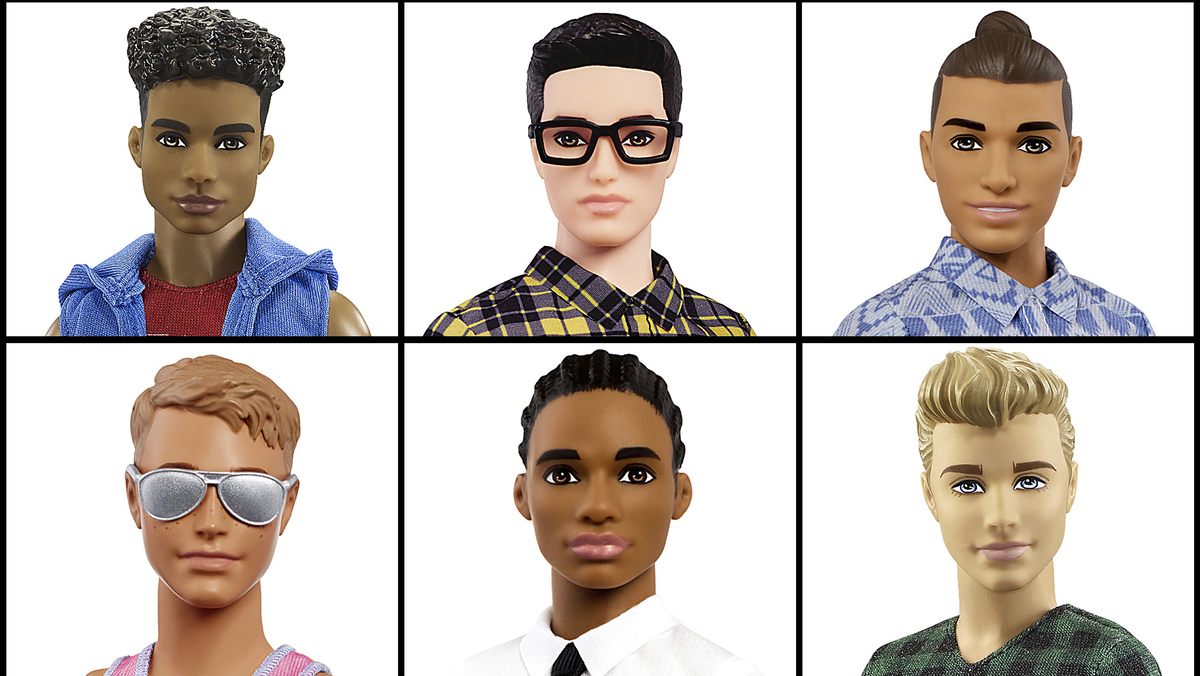 Mattel announced Tuesday that it is introducing 15 new diverse looks for the Ken doll.

Barbie's one-time blue-eyed boyfriend is getting a makeover. Toymaker Mattel is giving its Ken doll a variety of new looks in hopes the makeovers will move the toys into the modern era.

The "broad"-bodied Ken is part of a new line of the dolls Mattel rolled out Tuesday. The updated Ken dolls will have a variety of skin tones, body shapes and hair styles. AP hide caption

The "broad"-bodied Ken is part of a new line of the dolls Mattel rolled out Tuesday. The updated Ken dolls will have a variety of skin tones, body shapes and hair styles.

On Tuesday, the company rolled out 15 new Ken dolls with three body types: "slim, broad and original." They have seven skin tones, nine hairstyles — including cornrows and "man buns" — and an array of sartorial styles from business casual to athletic-chic.

"We are redefining what a Barbie or Ken doll looks like to this generation," Lisa McKnight, senior vice president and general manager, Barbie, said in a press release. McKnight says the new Ken, "allows girls to further personalize the role they want him to play in Barbie's world."

Mattel says this "Fashionistas" line — of which the new Ken doll is now a part — has seen double digit growth globally since its roll-out.

The company has been looking to revive the Barbie business following a slump. Sales for the brand fell 13 percent to $123 million dollars in the first quarter this year, from $141 million the year before, according to figures released by the toymaker.

Launched in 1959, Barbie has gained a bad reputation in some circles for her unrealistic proportions and sexualized appearance. And yet after nearly six decades, she remains a staple in children's toy boxes.

The Wall Street Journal reports that on average, kids have one Ken doll per seven Barbies.