Accessibility links
Portugal Wrests Control Over Wildfire That Killed More Than 60 People : The Two-Way Investigation into what ignited the wildfires, and why they proved so deadly, is just beginning. Some people want a ban on plantings of eucalyptus: a common tree that is extremely flammable.

Portugal Wrests Control Over Wildfire That Killed More Than 60 People

Portugal Wrests Control Over Wildfire That Killed More Than 60 People 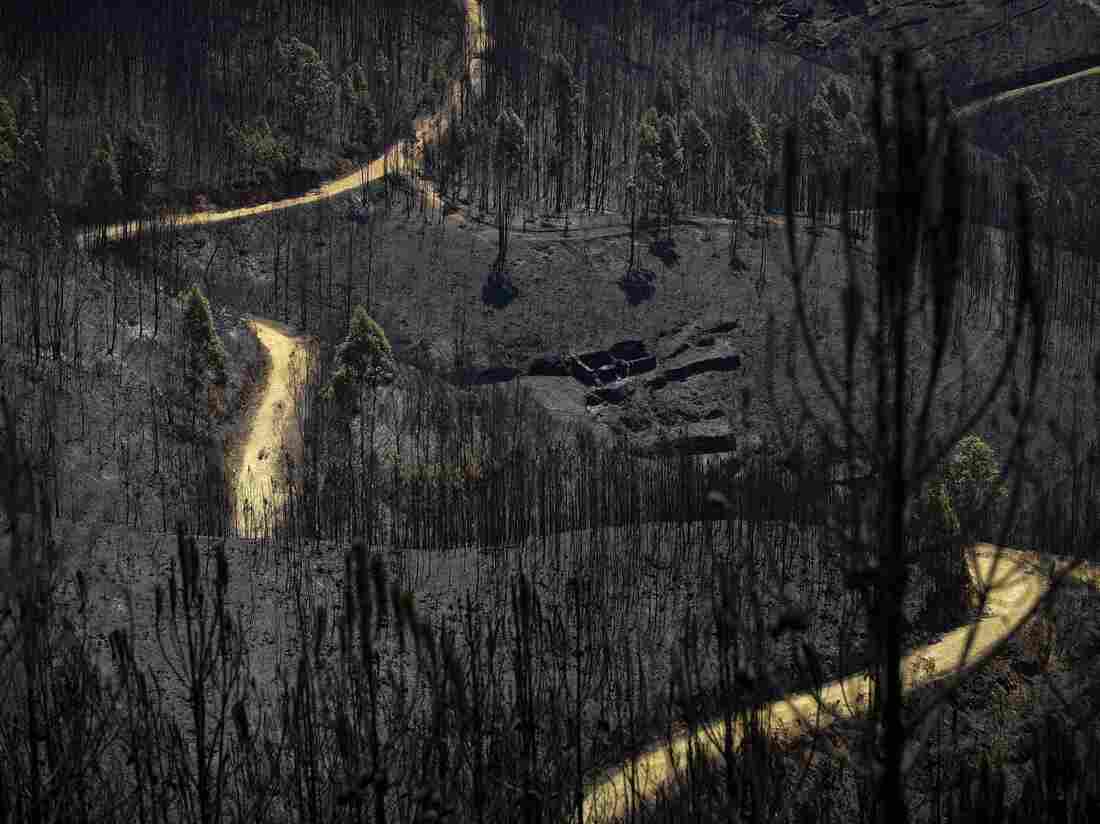 A wildfire in Portugal has killed at least 64 people since it began on Saturday. Above, a charred forest near Pedrogao Grande on Tuesday. Miguel Riopa/AFP/Getty Images hide caption 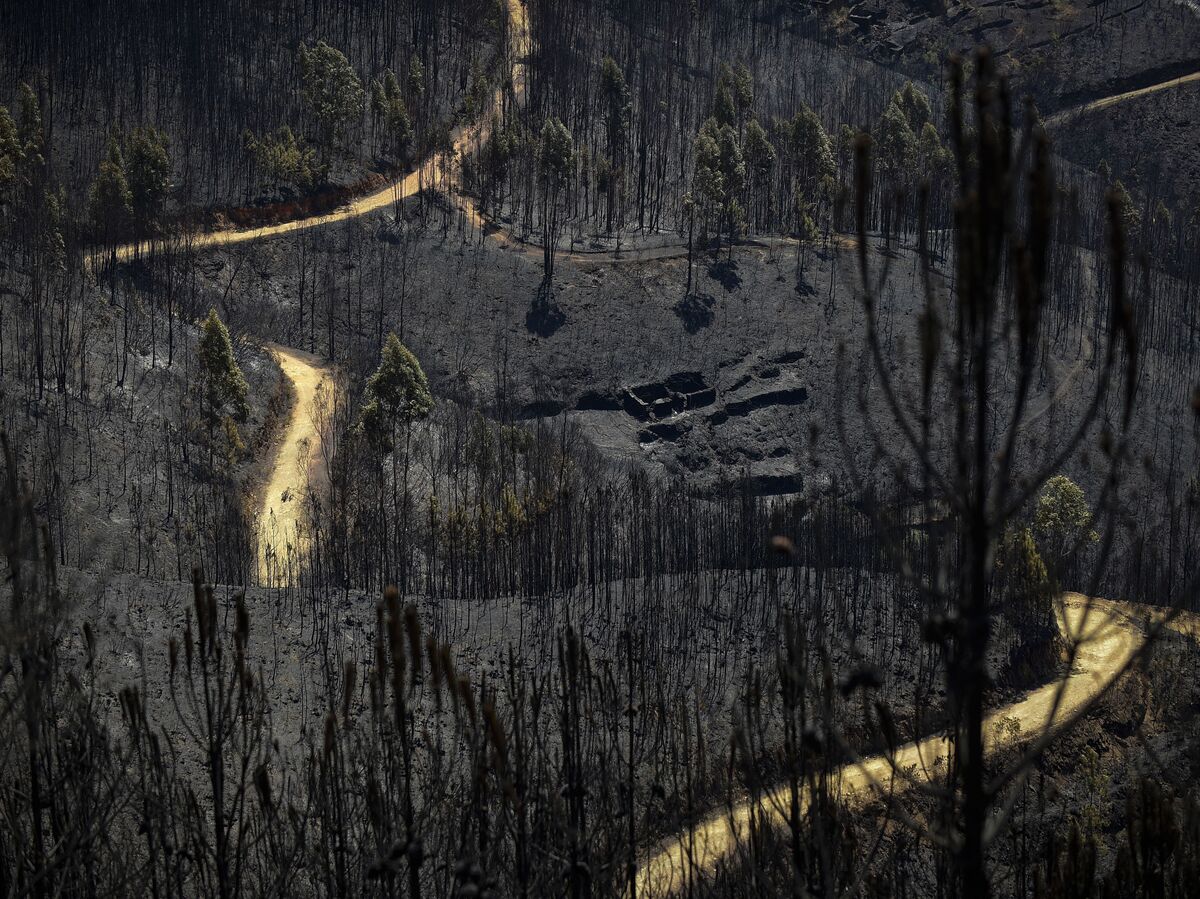 A wildfire in Portugal has killed at least 64 people since it began on Saturday. Above, a charred forest near Pedrogao Grande on Tuesday.

Firefighters in Portugal have gained control over a wildfire that swept through central Portugal over the weekend and killed at least 64 people, authorities said Wednesday. But the investigation into what ignited the wildfires, and why they proved so deadly, is just beginning.

The fire near the town of Pedrogao Grande "is no longer progressing," Civil Protection Agency spokesman Vitor Vaz Pinto told reporters, according to The Associated Press. The blaze, one of dozens that erupted Saturday, quickly swept through the hilly area about 120 miles northeast of Lisbon.

Many people died in their cars as they tried to flee. The New York Times spoke with survivors who described terrifying ordeals as they drove away or huddled in a water tank to escape the flames.

"The moment will come to determine what happened," Prime Minister Antonio Costa said on Sunday. That time may have arrived.

The head of Portugal's firefighters' association said Wednesday that he believes the fire was started by "a criminal hand," the Times reports.

That contradicts the national director of Portugal's judicial police, who said Sunday, "Everything points very clearly toward natural causes." The police chief also said authorities had identified the precise location where lightning had struck the ground and started the fire. 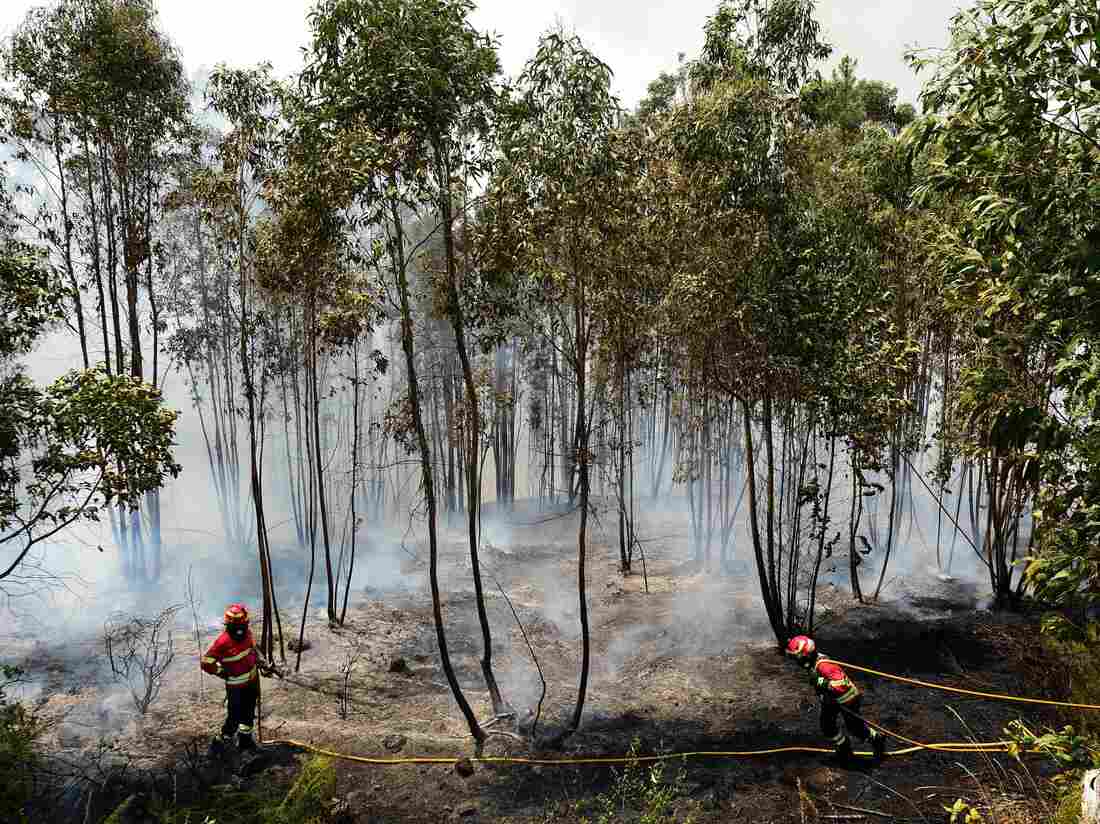 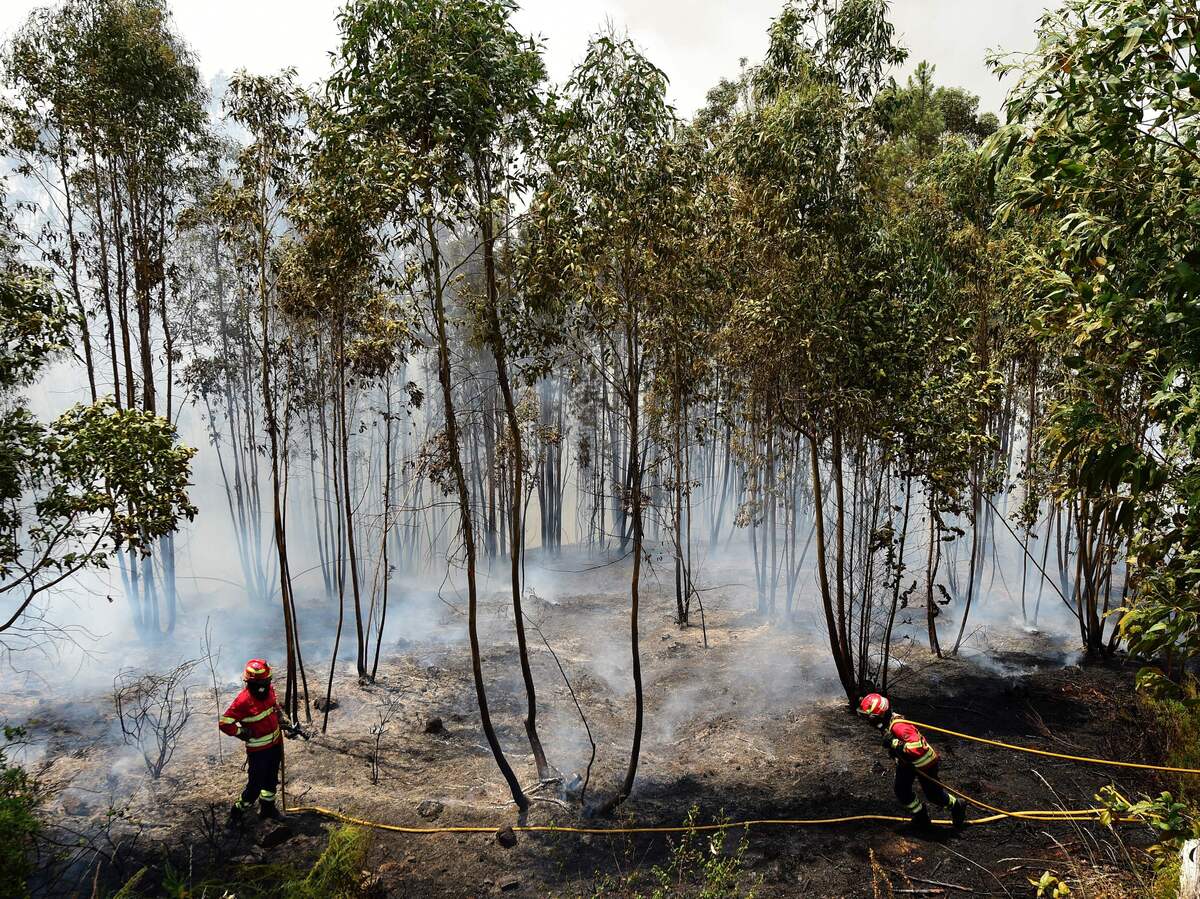 Firefighters combat a wildfire in the area of Pedrogão Grande, on Tuesday.

The prime minister has also asked for an investigation into the emergency response following criticisms that communications systems failed and a roadway that became engulfed in flames hadn't been closed.

"Costa had acknowledged that early efforts to alert the public had been hindered after the flames destroyed phone lines and communications towers," The Guardian reports.

More Than 60 Dead As Vast Wildfire Sweeps Across Portugal

Authorities didn't close down the N236 road. The newspaper says 47 people died there, 30 of them "burned to death in their cars, trapped by the flames, while others died after abandoning their vehicles."

"Around the Pedrógão Grande area, several residents said they were largely left to their own devices in terms of working out whether to drive off — and where to," the Times reports. "As roads got cut off, firefighters, too, struggled to reach isolated hamlets. In Mosteiro, for instance, residents said firefighters — who had traveled from the city of Porto de Mós, about an hour's drive away — arrived long after the fire had already crossed the hamlet."

More than a thousand firefighters continue to battle another fire burning north of Pedrogao Grande, near the town of Gois, the AP reports. More than 150 people have been injured in the fires across Portugal, which have burned more than 98,000 acres, according to Reuters.

Wildfires in Portugal are an annual hazard. The BBC notes that the country's location on the southwestern edge of Europe makes for strong Atlantic winds and warm weather. Scientists say climate change has extended wildfire season in Portugal from two months to five, according to the broadcaster, and many privately owned plots of land are neglected, allowing brush to accumulate.

And as authorities assess the charred landscape after what AP calls the country's deadliest natural disaster in decades, environmentalists point to one particular fire hazard: eucalyptus trees.

The Australian import is now the country's most grown tree, the Times reports, "covering about 26 percent of forested land." The trees are highly flammable and quite thirsty, sucking up groundwater.

"The leaves and the bark are very flammable, strips of bark hang off the trunks and are carried by the wind, spreading the flames," João Branco, a forestry engineer and president of an environment group, told Politico. "Large parts of the center and north of the country are almost completely covered by eucalyptus and it contributes to this type of fire."

Eucalyptus provides the raw material for Portugal's paper and pulp industry, which accounted for 4.9 percent of the country's exports last year, according to Politico. And the industry is a key employer in the hinterlands – its 3,000 employees often live in rural areas.

The paper industry has been fighting a proposed ban on new plantings of eucalyptus, but the deadly fires may push the government to take action.

"The government was negligent," Branco told NPR's Lauren Frayer. "Everybody knew this could happen. It was a matter of time."