Accessibility links
Census Finds A More Diverse America, As Whites Lag Growth : The Two-Way Asian and mixed-race people are the two fastest-growing segments of the U.S. population, the U.S. Census Bureau says. Non-Hispanic whites are the only group to see deaths outpace births. 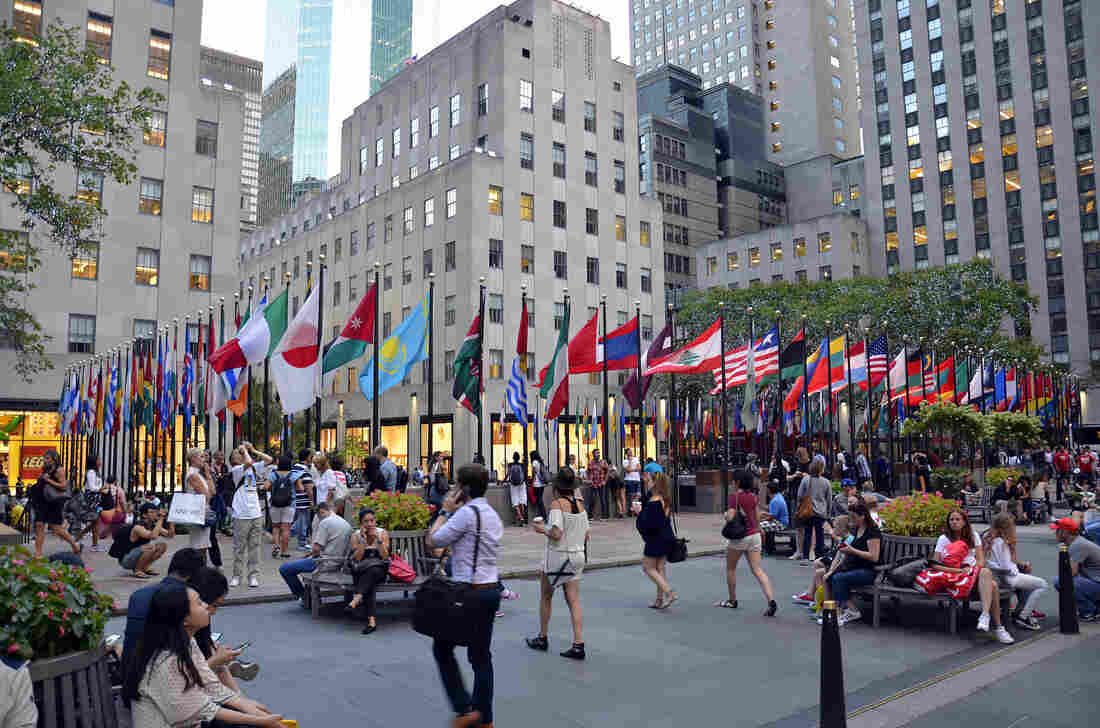 Pedestrians walk through Rockefeller Center in New York City. According to the U.S. Census Bureau, the Asian population recently grew by 3 percent to 21.4 million and people who identified as being of two or more races grew by 3 percent to 8.5 million. Armin Rodler/Flickr hide caption 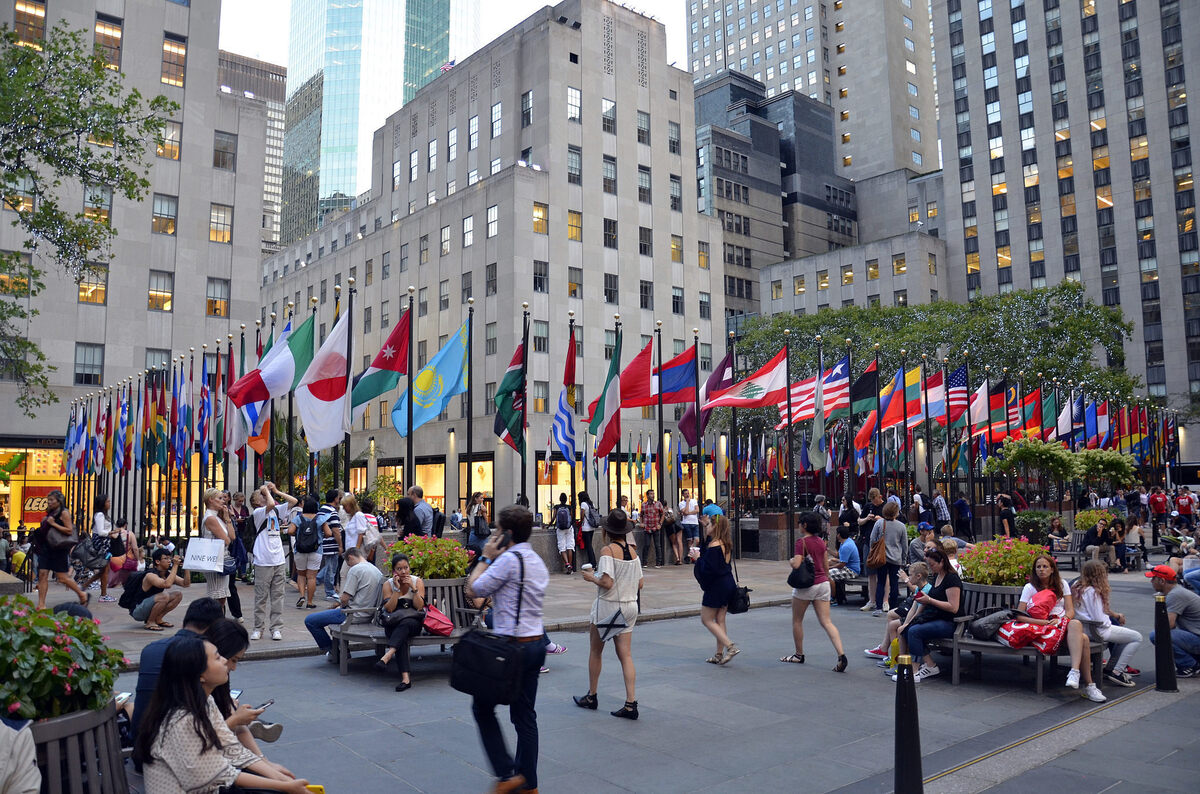 America's diversity remains on the rise, with all racial and ethnic minorities growing faster than whites from 2015 to 2016, the U.S. Census Bureau says in a new snapshot of the national population. The agency also found the U.S. median age has risen to nearly 38.

Asian and mixed-race people are the two fastest-growing segments of the U.S. population, the U.S. Census Bureau says. Both groups grew by 3 percent from July 2015 to July 2016. In the same 12 months, the non-Hispanic white population grew by just 5,000 people.

Non-Hispanic whites remain the only segment of the U.S. population where deaths outpace births, the agency reports.

"While all other groups experienced natural increase (having more births than deaths) between 2015 and 2016," the Census says, "the non-Hispanic white alone group experienced a natural decrease of 163,300 nationally."

The report adds new detail to a picture that's been coming into focus in recent years. Last summer, for instance, the Census Bureau reported a shift in America's youngest population, as babies of color outnumbered non-Hispanic white babies.

Non-Hispanic whites remain the largest group of Americans, at 198 million, the Census says, followed by Hispanics at 57.5 million and blacks or African-Americans, at 46.8 million. (We'll post the full ethnic breakdown at the bottom of this story).

"Aging baby boomers will keep driving the growth in numbers of older adults in the U.S.," NPR's Hansi Lo Wang reports. "Utah had the lowest median age, at almost 31. The county with the highest median age was Sumter County, Fla. — home to a large retirement community — where the median age was just over 67."

In some states, the rise has been stark: the median age in Maine, for instance, is now 44.6 — six years older than in 2000. It's one of five states where the median age is 42 or above; the others are New Hampshire, Vermont, West Virginia, and Florida.

Maine had both the nation's highest median age and the highest percentage of non-Hispanic whites, at 93.5 percent.

In terms of national diversity, here's the Census Bureau's rundown. We've reordered the agency's list to sort the groups by growth rate: