Accessibility links
'Grenfell Changes Everything': Hundreds Of Homes Evacuated Over Safety Fears : The Two-Way Authorities have evacuated roughly 650 apartments in London high-rises, citing cladding similar to the materials used in Grenfell Tower, which went up in a deadly blaze earlier this month.

'Grenfell Changes Everything': Hundreds Of Homes Evacuated Over Safety Fears

'Grenfell Changes Everything': Hundreds Of Homes Evacuated Over Safety Fears 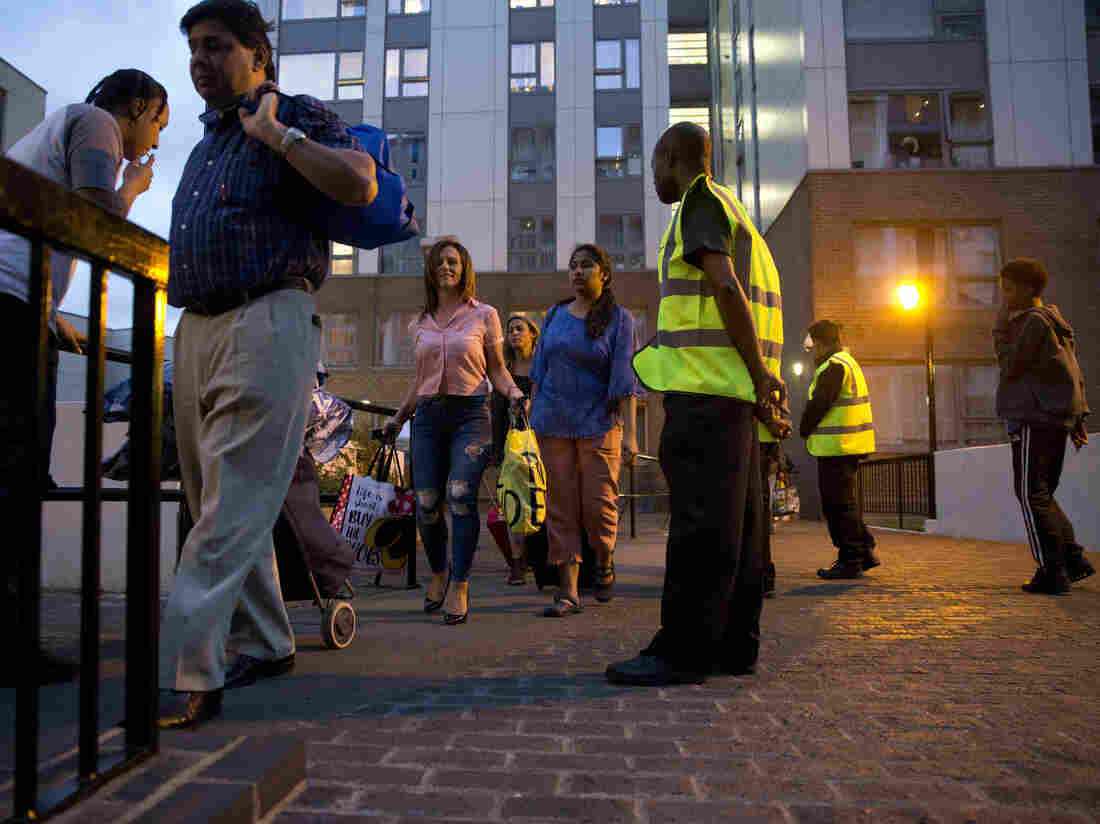 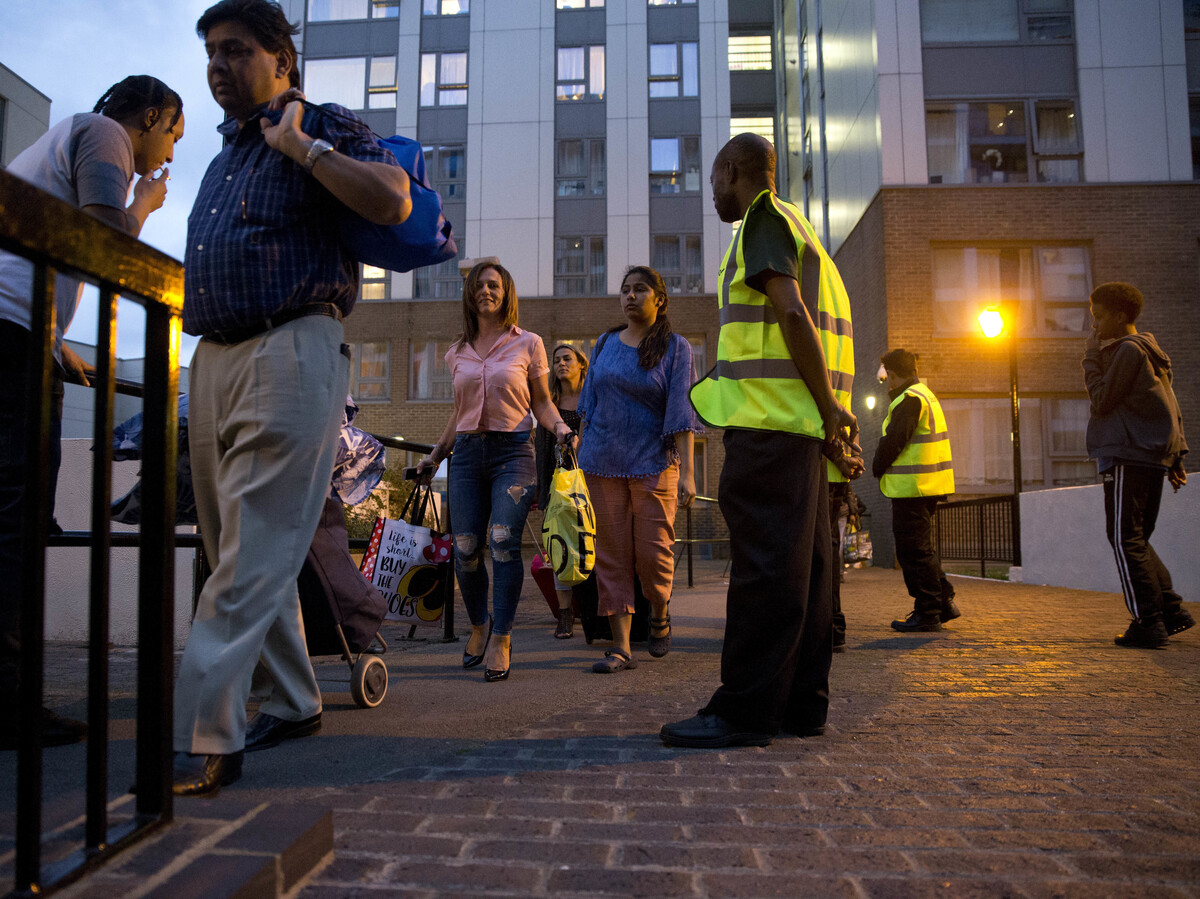 Officials evacuate residents of the Chalcots Estate, in London's Camden borough on Friday evening. Camden's local council decided to evacuate the hundreds of households due to safety concerns following the devastating fire that killed 79 people in Grenfell Tower.

Authorities in London evacuated roughly 650 apartments in a high-rise complex overnight, citing fears that the complex bore many of the safety issues that Grenfell Tower did. Councilmembers for the London borough of Camden say it was the stark memory of the Grenfell blaze, which killed at least 79 people earlier this month, that spurred them to act.

"I know it's difficult, but Grenfell changes everything," Camden Council chief Georgia Gould told reporters outside a complex of buildings known as Chalcots Estate on Friday. "I just don't believe we can take any risk with our residents' safety, and I have to put them first."

Tests earlier this week on the Chalcots Estate, a cluster of high-rise apartment buildings, had revealed four of the estate's towers used exterior cladding and insulation similar to the materials used in Grenfell.

"Whilst we are clear that our cladding design and insulation significantly differs to that at Grenfell Tower, the external cladding panels did not satisfy our independent laboratory testing or the high standards we set for contractors," Gould said in a statement Thursday, adding that the council had decided to "immediately begin preparing to remove these external cladding panels."

Added to the cladding, the London Fire Brigade "also identified concerns relating to services that have been run through compartment walls leading to possible breaches in the buildings ability to stop fire spreading," Dan Daly, assistant commissioner for fire safety, said in a statement after the evacuation.

"There were also concerns that some fire doors in the building are not working as they should," Daly continued, "meaning that in the event of a fire it could spread to other parts of the building."

"I said to fire services, 'Is there anything I can do to make this block safe tonight?' I offered to pay for fire services to be stationed outside those blocks just so we could have a couple of days to get the works done," Gould told BBC Radio 4, according to The Guardian. "But the message was [that there was] nothing to do to make blocks safe that night."

So, as NPR's Frank Langfitt reports, "The council booked some hotel rooms and encouraged people to stay with family. About 100 air mattresses were provided on the floor of a local leisure center."

Some of the residents saw the move as a "complete overreaction," however. That's the assessment of resident Edward Strange, who, according to The Associated Press, told British broadcaster Sky News they should have been given a choice.

"If we wanted to leave, we should have the choice to leave. But being told that we have to leave is just ridiculous. It's our home."

Frank notes that officials estimate it will take three to four weeks to make the buildings safe.

"Having to evacuate people from their homes is always going to be distressing for those residents, especially when we have to do it at such short notice," Gould said in a statement after the evacuation. "I know some residents are angry and upset, but I want to be very clear that Camden Council acted to protect them."