Accessibility links
Supreme Court Will Re-Hear Immigrant Indefinite Detention Case : The Two-Way The case centers on a man who was detained for three years without the right to appear before a judge and ask to be released on bond. 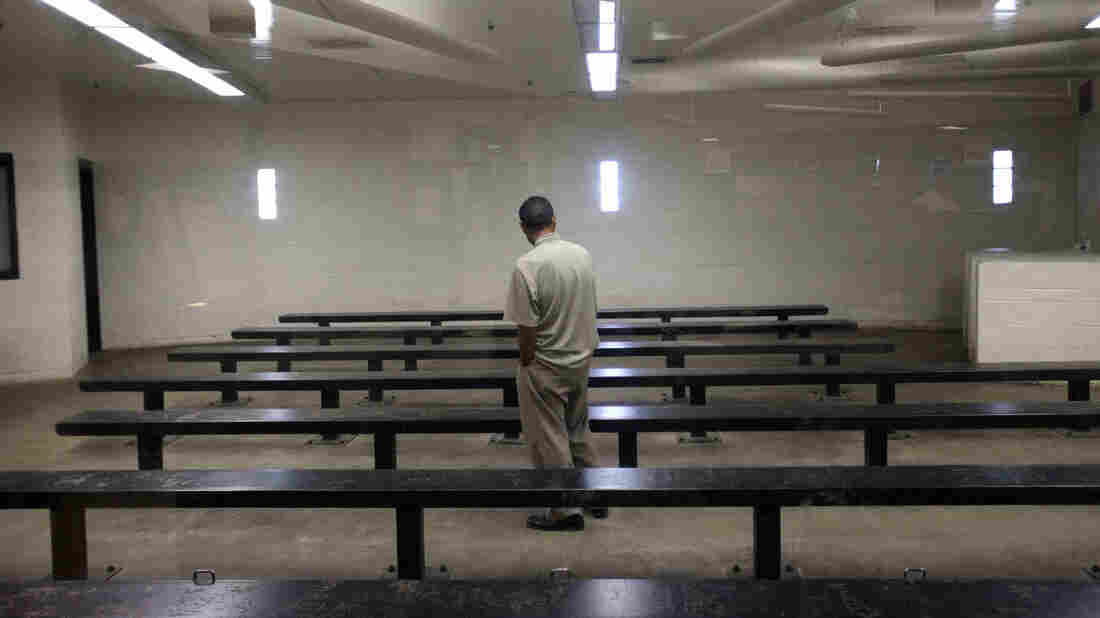 A man waits to be processed at a Border Patrol detention center in Imperial Beach, Calif. Gregory Bull/AP hide caption 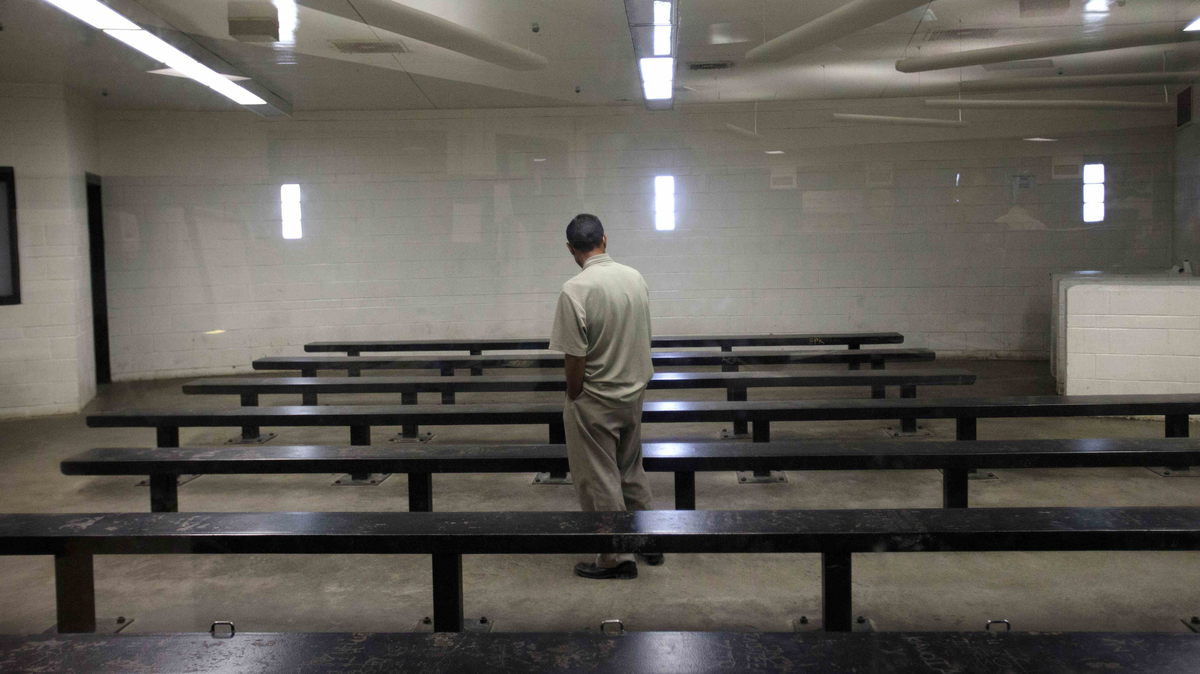 A man waits to be processed at a Border Patrol detention center in Imperial Beach, Calif.

The U.S. Supreme Court says it will re-hear a case that asks whether immigrants detained by the government have a right to a bond hearing to challenge their indefinite detention.

The case was argued in November 2016, months before Justice Neil Gorsuch filled the vacant seat of late Justice Antonin Scalia.

It has implications for legal permanent residents that the government wants to deport because they committed crimes and for asylum seekers who are awaiting a court date after turning themselves in at the border. Immigrants' advocates contend that many of these immigrants have a right to be free on bail until their case is heard.

The case pits David Jennings, the field office director at U.S. Immigration and Customs Enforcement in California, against a legal permanent resident, Alejandro Rodriguez, who came to the U.S. as a child and worked as a dental assistant.

As a teenager, Rodriguez was convicted of joyriding, and at 24, he pleaded guilty to misdemeanor possession of a controlled substance.

In 2004, U.S. Customs and Immigration Enforcement began deportation proceedings against Rodriguez. He was ultimately detained for three years without the right to appear before a judge to ask for bond.

The American Civil Liberties Union took up Rodriguez's case. The civil rights group filed a class action lawsuit and eventually won his release and the cancellation of his deportation order. Rodriguez remains in the United States.

The 9th U.S. Circuit Court of Appeals ruled that the immigrant detainees and asylum seekers can't be detained indefinitely and that they have a right to a bond hearing every six months. The appellate court also held that in order to hold these detainees, the government must show that the immigrants would pose a danger or become a flight risk if set free.

The Obama administration appealed to the high court, insisting that Congress — not the courts — has the power to make immigration law and that the law allows the government to detain "criminal and terrorist aliens" as well as "aliens seeking admission to the United States."

The administration also argued that detained immigrants should not be recognized as a class that could bring legal action. Lawyers for the Justice Department said detainees should rely on individual habeas corpus petitions to challenge their detentions.

The ACLU countered that few detainees have access to legal counsel and that a backlog of such habeas corpus petitions almost guarantees delays in winning release.