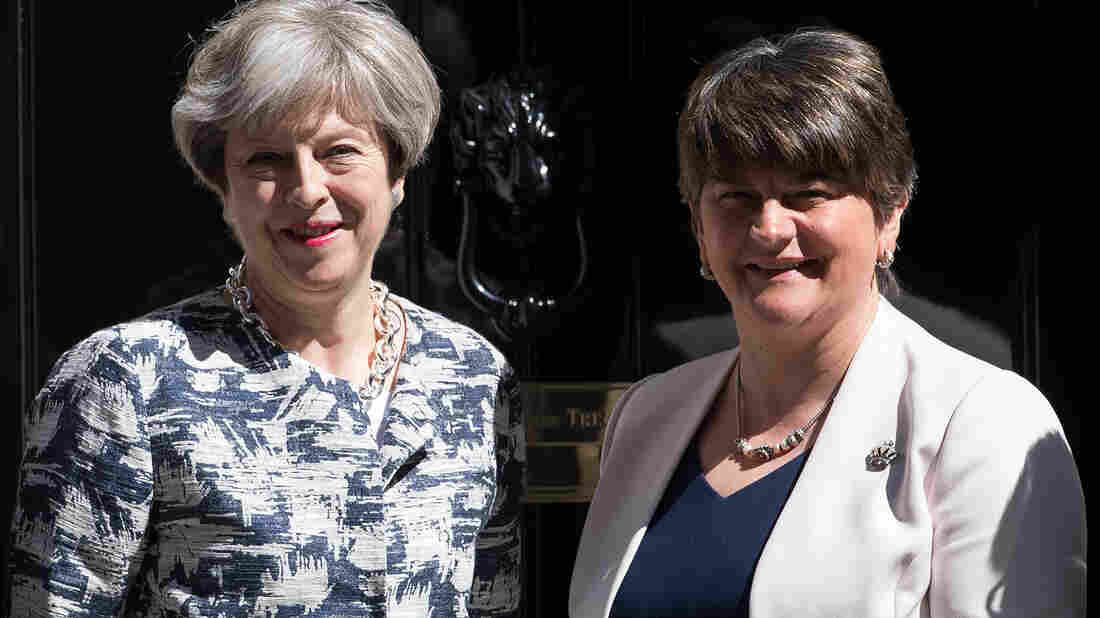 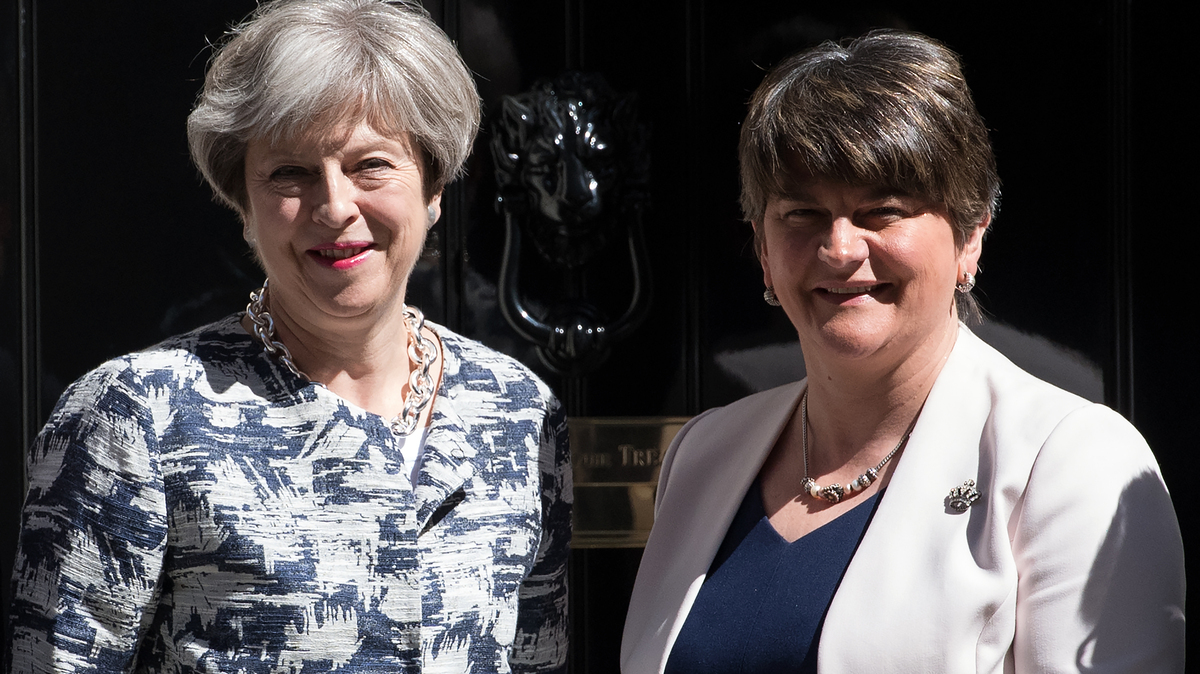 The Democratic Unionist Party has given U.K. Prime Minister Theresa May enough votes to form a government, signing a "confidence and supply" agreement to back May's Conservatives in confidence votes and on key economic issues. The DUP also secured more than $1 billion in economic assistance for Northern Ireland.

"This agreement will operate to deliver a stable government in the United Kingdom's national interest at this vital time," DUP leader Arlene Foster said.

The Northern Ireland party is pledging to vote with Conservatives on two topics that are at the forefront of British politics: national security — particularly in the wake of recent terrorist attacks — and the U.K.'s exit from the European Union.

"The DUP is skeptical of Europe and is pro-Brexit, as NPR's Frank Langfitt has reported. "But it is also deeply worried that splitting from the EU will mean a return to a hard border across Ireland that could create economic and even political problems."

By forming the agreement, May takes another step in resisting calls for her resignation that erupted after the snap election held in early June. Rather than solidifying the Tories' advantage in Parliament, the election resulted in a lost majority, making Monday's compromise deal a necessity to stay in power.

After her party endured that disastrous vote, May promised to bring "certainty" to Britain. And she used that word again Monday, saying that the new agreement with the DUP will "give us the certainty we require as we embark on our departure from the European Union, and help us build a stronger and fairer society at home."

The deal is expected to last for at least two years, the BBC reports.