Accessibility links
High Court To Hear Case Of Cake Shop That Refused To Bake For Same-Sex Wedding : The Two-Way Jack Phillips of Masterpiece Cakeshop in suburban Denver says a state law compelling him to produce wedding cakes for gay couples violates his right to free speech. 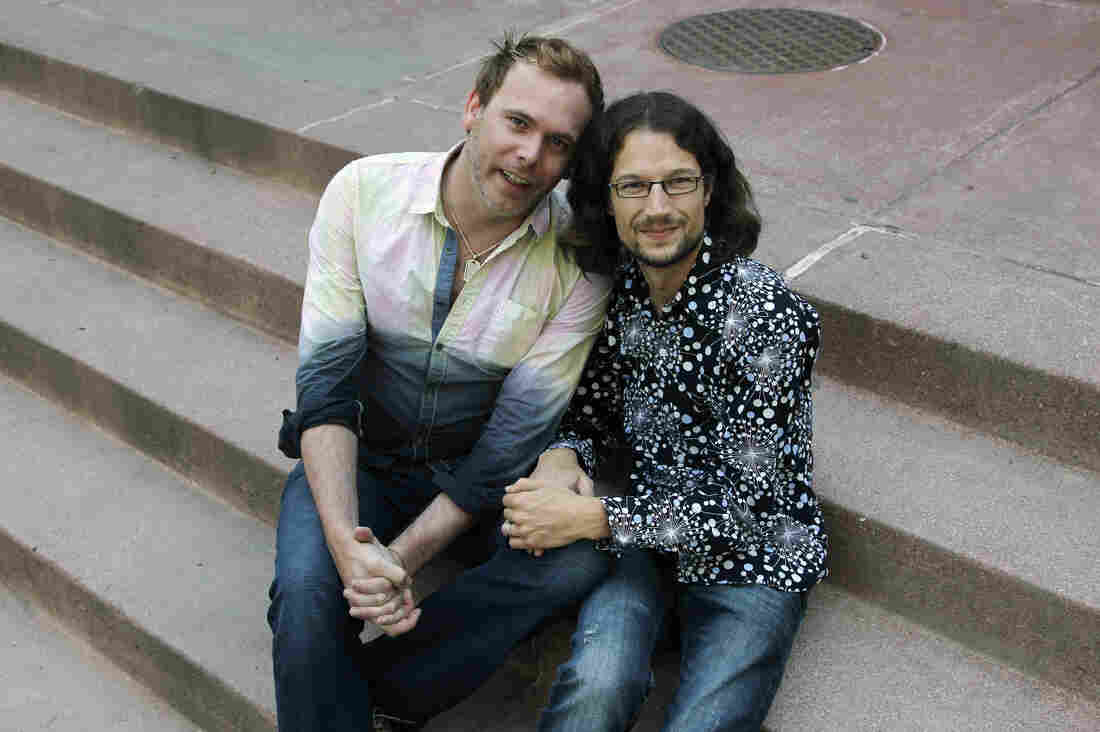 Dave Mullins (right) sits with his husband, Charlie Craig, in Denver. The owner of a cake shop refused to make a wedding cake for the couple, citing his religious beliefs, and the couple then filed with the state's civil rights commission. Brennan Linsley/AP hide caption 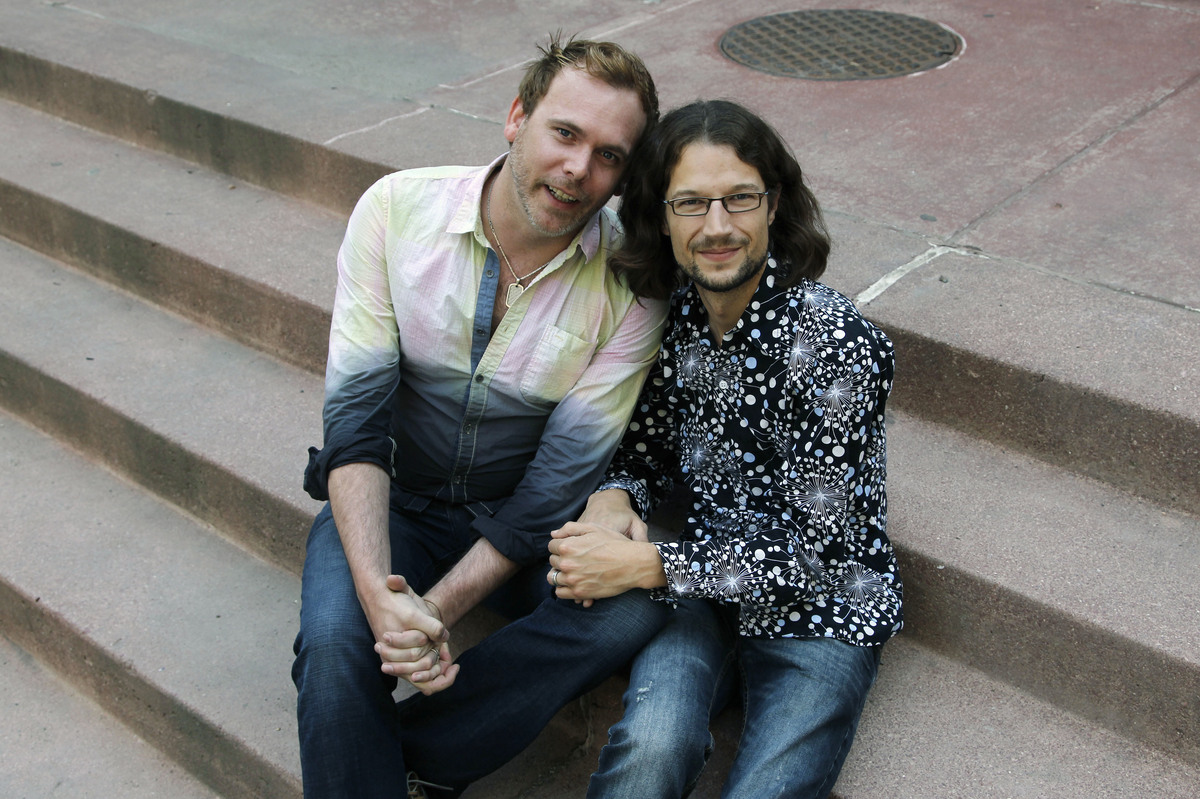 Dave Mullins (right) sits with his husband, Charlie Craig, in Denver. The owner of a cake shop refused to make a wedding cake for the couple, citing his religious beliefs, and the couple then filed with the state's civil rights commission.

The Supreme Court has agreed to take up a case on whether the owner of a Colorado cake shop can refuse to provide service to same-sex couples due to his religious beliefs about marriage.

Jack Phillips, who along with his wife owns Masterpiece Cakeshop in suburban Denver, has argued that a state law compelling him to produce wedding cakes for gay couples, which runs counter to his religious beliefs, violates his right to free speech under the First Amendment.

David Mullins and Charlie Craig, who are now married, filed a discrimination lawsuit in September 2012 after Phillips refused to make their wedding cake.

The case is "about more than just a cake," Craig wrote in a blog post for the ACLU. "It's about making sure that Masterpiece and other businesses don't discriminate against customers because of who they are."

No Cake For You: Saying 'I Don't' To Same-Sex Marriage

The Colorado Civil Rights Commission sided with Mullins and Craig. It said that if Phillips is creating custom wedding cakes for heterosexual couples, he must do the same for gay couples. The Colorado Court of Appeals also ruled in favor of the couple.

Phillips argues that he is happy to sell baked goods to gay customers. "He simply believes that only marriage between a man and a woman should be celebrated," his lawyers wrote in the petition asking the court to take the case. "Thus, he declined to create custom art for a specific event because of the message it communicated, not because of the persons requesting it."

The petition stated that Phillips faced a stark choice: "Either use your talents to create expression that conflicts with your religious beliefs about marriage, or suffer punishment under Colorado's public accommodation law."

Advocates for the LGBT community see the case as simply an issue of basic rights. "Open a business to serve the public? You have an obligation to serve everyone," Laura Durso of the LGBT research and communications project at the Center for American Progress told NPR in 2013.

Durso said that allowing businesses to deny services to gay couples for religious reasons was a "slippery slope" and warned that it could lead to discrimination against LGBT employees.