Accessibility links
China Back On State Department List Of Worst Human Trafficking Offenders : The Two-Way In its latest annual report on the global state of human trafficking, the State Department has issued highly public criticism of China — a move that could increase tensions between China and the U.S. 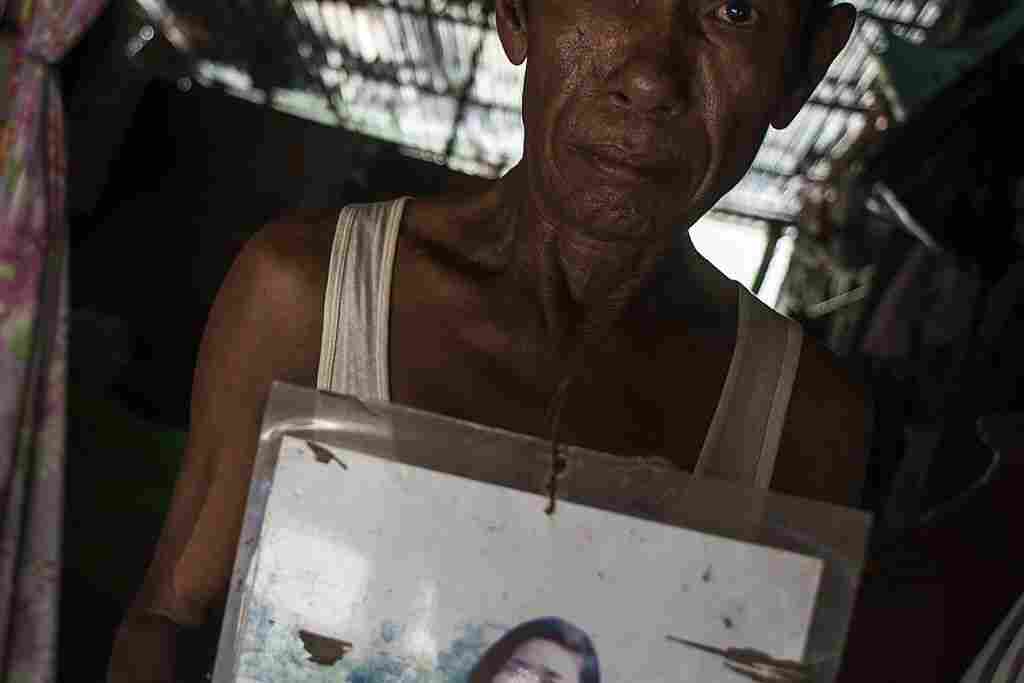 Mya Soe, 58, holds a photograph of his daughter Kyi Pyar Soe on the outskirts of Yangon, Myanmar, last year. He says he was told that his daughter was trafficked to China. Ye Aung Thu/AFP/Getty Images hide caption 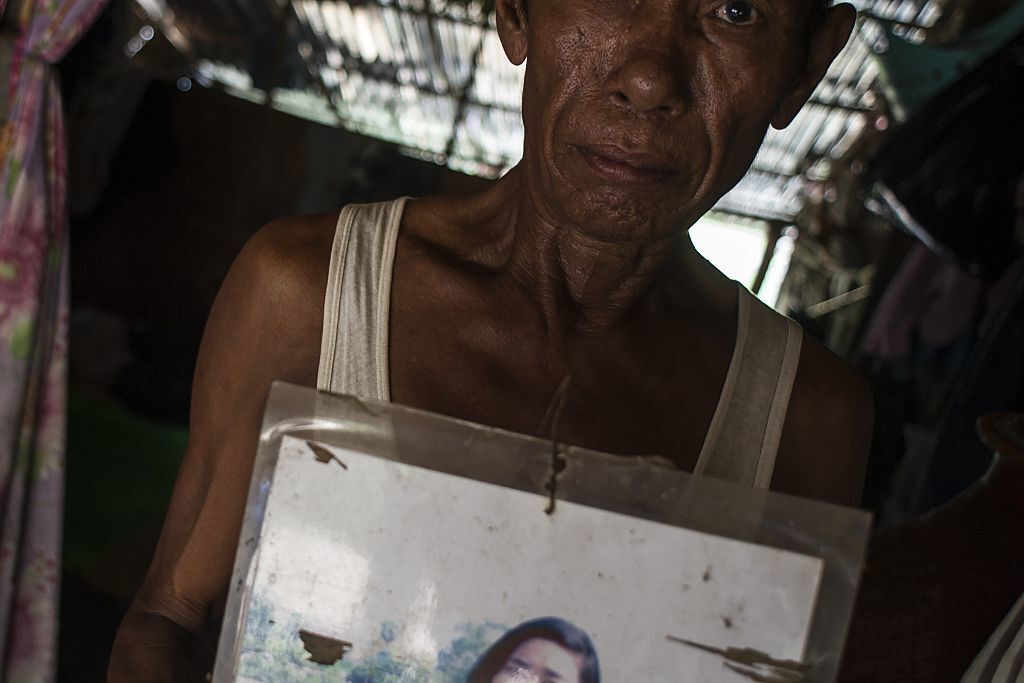 Mya Soe, 58, holds a photograph of his daughter Kyi Pyar Soe on the outskirts of Yangon, Myanmar, last year. He says he was told that his daughter was trafficked to China.

The U.S. State Department has issued highly public criticism of China in its latest annual report on the global state of human trafficking.

China is among the worst offenders of human trafficking, according to the Trafficking In Persons report. It's now lumped in with "Tier 3" offenders such as Syria, Iran, Russia and North Korea — the worst designation.

Tier 3 is used to describe countries that are making no significant effort to comply with international standards. The last time China was ranked part of this group was in 2013, and since then it had moved up a half-notch.

"China was downgraded to Tier 3 status in this year's report in part because it has not taken serious steps to end its own complicity in trafficking, including forced labors from North Korea that are located in China," Secretary of State Rex Tillerson said in remarks introducing the 454-page report.

North Korea receives hundreds of millions of dollars in revenue from forced labor sent primarily from China and Russia, he said.

The downgrading has the potential to increase tensions between the U.S. and China, NPR's Michele Kelemen reports. China is North Korea's primary ally, and the U.S. has been trying to enlist Beijing's help in persuading Pyongyang to halt its nuclear program.

The Tier 3 designation could mean restrictions on certain kinds of foreign aid funding not tied to humanitarian or trade issues, according to the report. It adds: "The President may determine to withhold funding for government official or employee participation in educational and cultural exchange programs for certain Tier 3 countries."

However, Reuters notes that U.S. presidents "frequently waive such action."

Nobel Peace Prize Winner's Message To America: 'All Children Are Our Children'

China responded angrily to the report, even ahead of its official release. Foreign Ministry spokesman Lu Kang told reporters that "no country is immune from this problem and China does not appreciate being judged according to U.S. domestic laws and standards," NPR's Anthony Kuhn reported on Morning Edition.

Anthony said human trafficking in China can take many forms, such as "rural migrants who are promised jobs and then they get tricked into forced labor and prostitution," or "brides from Vietnam or from other areas get sold to poor villages because bachelors there don't have many marriage options."

Several other countries also were downgraded to Tier 3 status: the Democratic Republic of the Congo, Guinea and Mali.

Others such as Myanmar, also known as Burma, climbed out of the lowest category.

Myanmar and Iraq were also removed from a separate list included in the report of countries where the armed forces or government-supported armed groups recruit and use child soldiers.

Human Rights Watch criticized that change, saying that recruitment of child soldiers has recently been documented in both countries. "Secretary of State Tillerson apparently believes the list is subject to backroom political calculations, rather than facts on the ground and US law," Jo Becker, children's rights advocacy director at Human Rights Watch, said in a statement.

In his remarks, Tillerson stressed that the issue of human trafficking is complex and changes rapidly. "We know shutting down these networks is challenging, but these challenges cannot serve as an excuse for inaction," he added.

"As a mother," she added, "it is much more than a policy priority. It is a clarion call to action in defense of the vulnerable, the abused, and the exploited."