Accessibility links
Brazilian President Michel Temer Is Formally Charged With Corruption : The Two-Way The indictment handed down Monday night by Brazil's top prosecutor makes Temer the first sitting president in the country's history to be charged with a crime. And the legal saga is far from finished. 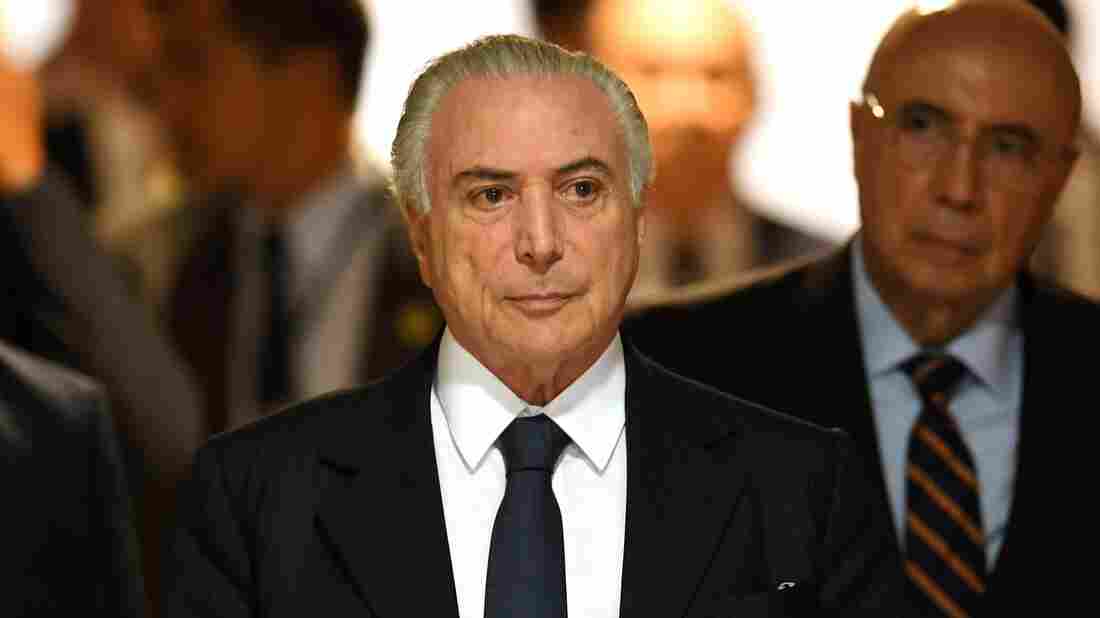 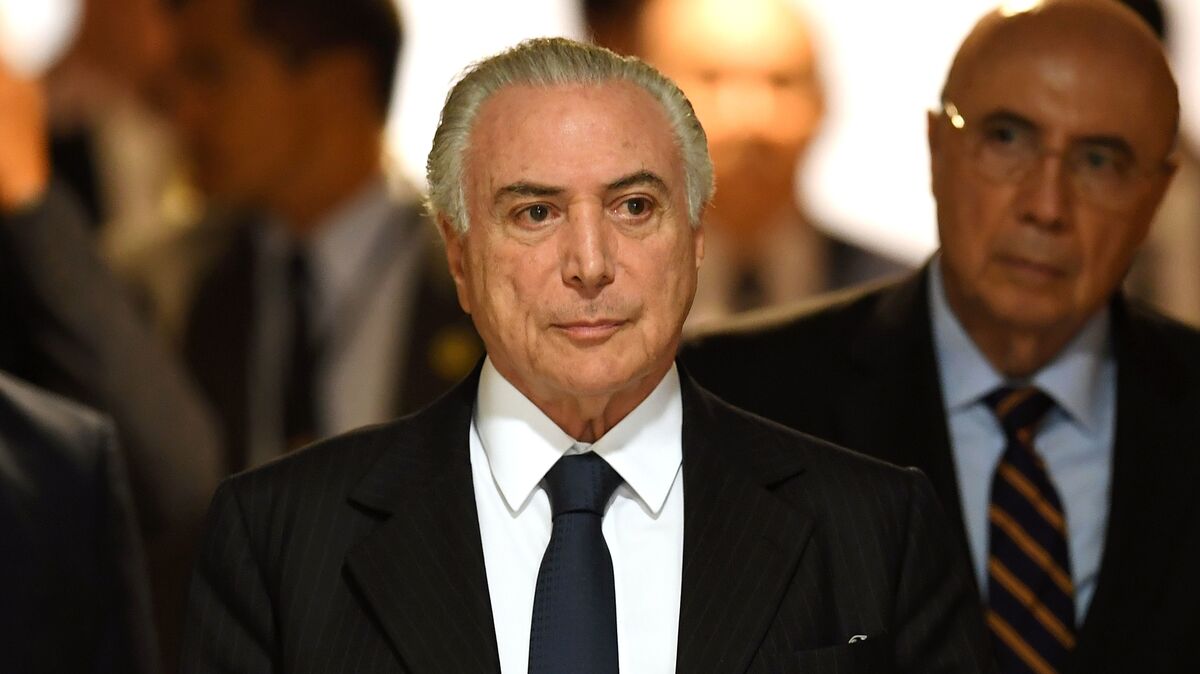 Brazil's top prosecutor slapped President Michel Temer with a lengthy indictment Monday night, charging the embattled leader with corruption. The allegations, which include accepting millions of dollars in bribes and approving hush money, make Temer the first sitting president in the country's history to be charged with a crime.

Among the allegations laid out by Prosecutor General Rodrigo Janot: Temer reportedly took a bribe of more than $150,000 from the chief of food-packing giant JBS; appears to have been recorded consenting to the payment of hush money to a jailed politician; and, according to The New York Times, is charged with obtaining promises for a further $11 million in JBS bribes.

Temer, who has long defended his innocence, called the indictment a "soap opera plot" on Tuesday.

"I say without fear of being wrong that the accusation is fiction," he told reporters, as translated by The Associated Press.

Still, this doesn't spell an end for Temer, who has endured a raft of scandals emerging from a massive anti-corruption probe since he replaced Dilma Rousseff after her impeachment last year.

The country's lower house of Congress, the Chamber of Deputies, must decide whether to allow the indictment to proceed. It'll take a two-thirds majority in the chamber to suspend Temer for up to 180 days and allow him to be tried by Brazil's Supreme Court.

There's significant skepticism that such a strong majority will take shape among this current crop of lawmakers, many of whom count themselves allies of the president despite his abysmal approval rating among voters — which, according to a recent poll cited by multiple media outlets, hovers in the single digits.

"Even though the president is clearly weaker than he was before, he still has enough political capital to fend off any threat to his presidency," the Eurasia consultancy told the AP. "Lawmakers are unwilling to jump the Temer government's ship when there is no clear ship to jump to."

This strong support in the Legislature might be why Janot filed only a corruption indictment Monday. The prosecutor is widely expected to charge Temer with further crimes, including obstruction of justice. But with each new charge, the Chamber of Deputies must vote anew, and many foresee Temer's support eroding each time lawmakers are forced to publicly defend him — particularly with their own nationwide elections approaching next year, Reuters notes.

"If this grinds on with multiple votes, you may start to see a lack of governability," one top lawmaker told the wire service. "In that case, there will be defections, and colleagues may start to move against Temer."

And all the while, Temer hopes to press ahead with reforms to combat Brazil's recession by rolling back labor laws and pension regulations — reforms that, in their own right, have drawn massive protests in the country.