Accessibility links
3 Chicago Police Officers Accused Of Cover-Up In Killing Of Laquan McDonald : The Two-Way The Cook County grand jury indictment alleges that the three police officers were at the scene of the killing and worked together to conceal crucial facts in order to protect a fellow officer. 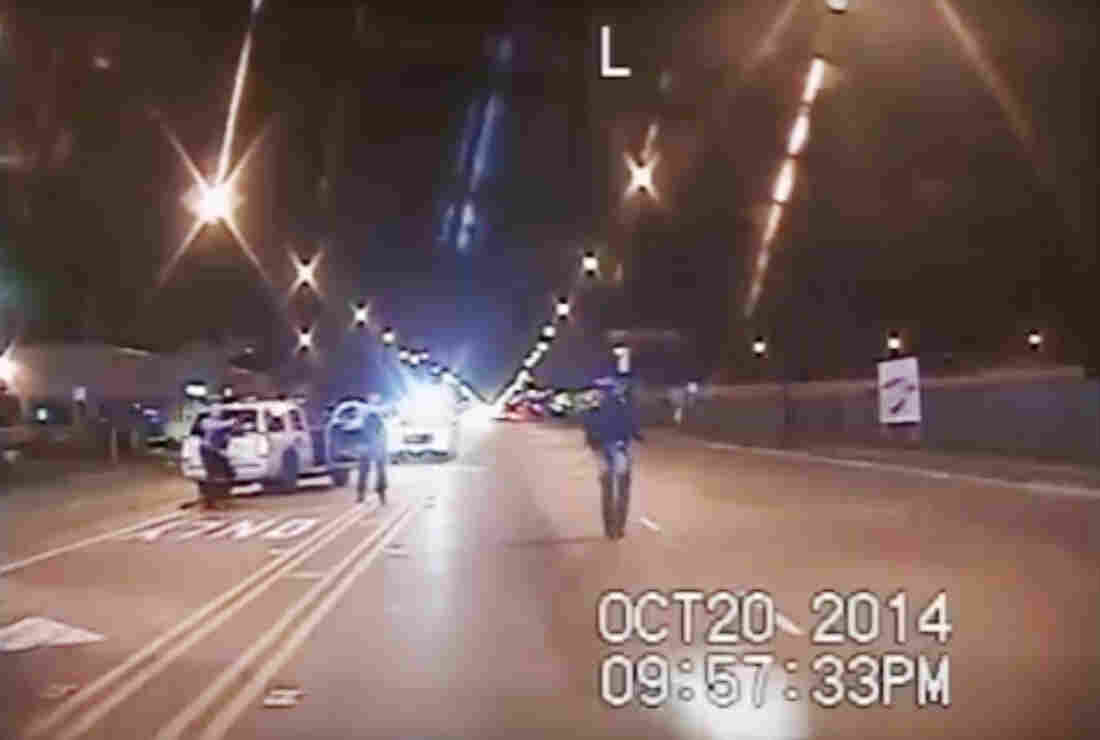 Laquan McDonald (right) walks down the street moments before being shot by Officer Jason Van Dyke in Chicago in October 2014, in a still shot from a police dashcam video. AP hide caption 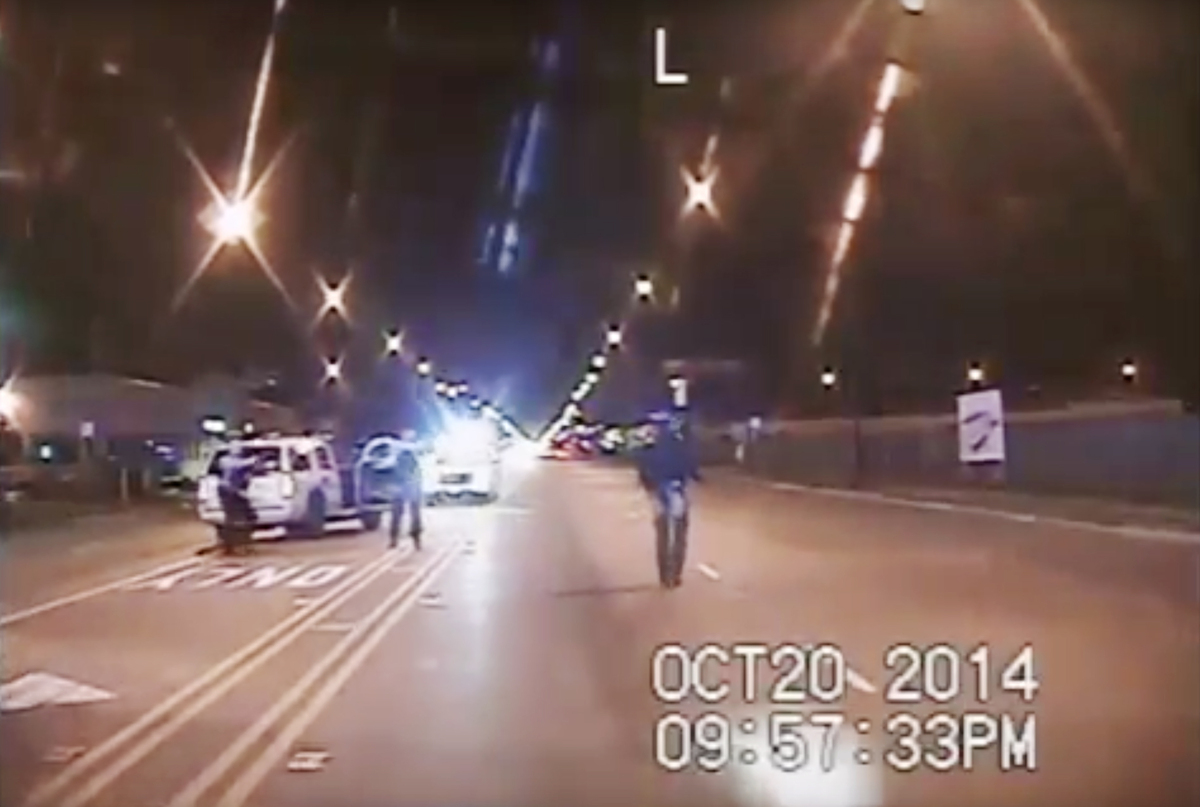 Laquan McDonald (right) walks down the street moments before being shot by Officer Jason Van Dyke in Chicago in October 2014, in a still shot from a police dashcam video.

A grand jury indicted three Chicago police officers on felony charges on Tuesday, accusing them of conspiring to cover up the facts of a fatal police shooting in October 2014 of a black teenager in order to shield their fellow officer.

Dashcam footage, eventually released under a court order more than a year after the killing, showed Van Dyke shooting McDonald as he walked away from the officer. Van Dyke has been charged with first-degree murder and pleaded not guilty.

Police initially told a different story, and the Cook County grand jury indictment alleges that three officers — David March, Joseph Walsh and Thomas Gaffney — were at the scene of the killing and worked together to conceal crucial facts in the initial police report.

In fact, the police report described Van Dyke, Walsh and Gaffney as "victims" of McDonald.

"The indictment makes clear that these defendants did more than merely obey an unofficial 'code of silence,' " Special Prosecutor Patricia Holmes Brown said in a statement. "[R]ather it alleges that they lied about what occurred to prevent independent criminal investigators from learning the truth."

According to the indictment, the men knew that a "public airing of the events surrounding Laquan McDonald's killing, including the video recordings, would inexorably lead to a thorough criminal investigation by an independent body and likely criminal charges."

All three men are accused of failing to locate at least three witnesses who might present a different version of events. March also allegedly "failed to locate, identify, and preserve physical evidence ... including video and photographic evidence."

They are also accused of coordinating with one another and attempting to conceal the conspiracy from other law enforcement authorities.

March, Walsh and Gaffney are each charged with three felony counts: conspiracy, official misconduct and obstruction of justice.The men could face years in prison and fines of tens of thousands of dollars, according to the prosecutor.

The prosecutor says March has served the Chicago Police Department for more than 30 years, and Walsh and Gaffney for about 20 years.

Brown told reporters that the three men are not in custody. They are scheduled to appear at an arraignment on July 10.

According to The Associated Press, Walsh and March are no longer on the force. The wire service adds that Gaffney "has been suspended because of the felony indictment, according to the department."

A scathing Justice Department report released in the final days of the Obama administration concluded that the Chicago Police Department "engages in a pattern or practice of the use of excessive force." The investigation was launched in the wake of the McDonald killing.

A previous version of this story misspelled, in places, the surname of David March, one of the three indicted Chicago police officers, as Marsh.