Accessibility links
Labor Department Rethinking Obama-Era Overtime Pay Rule : The Two-Way On Tuesday the Labor Department formally requested information from the Office of Management and Budget, setting the stage for scaling back a rule that would make more workers eligible for OT. 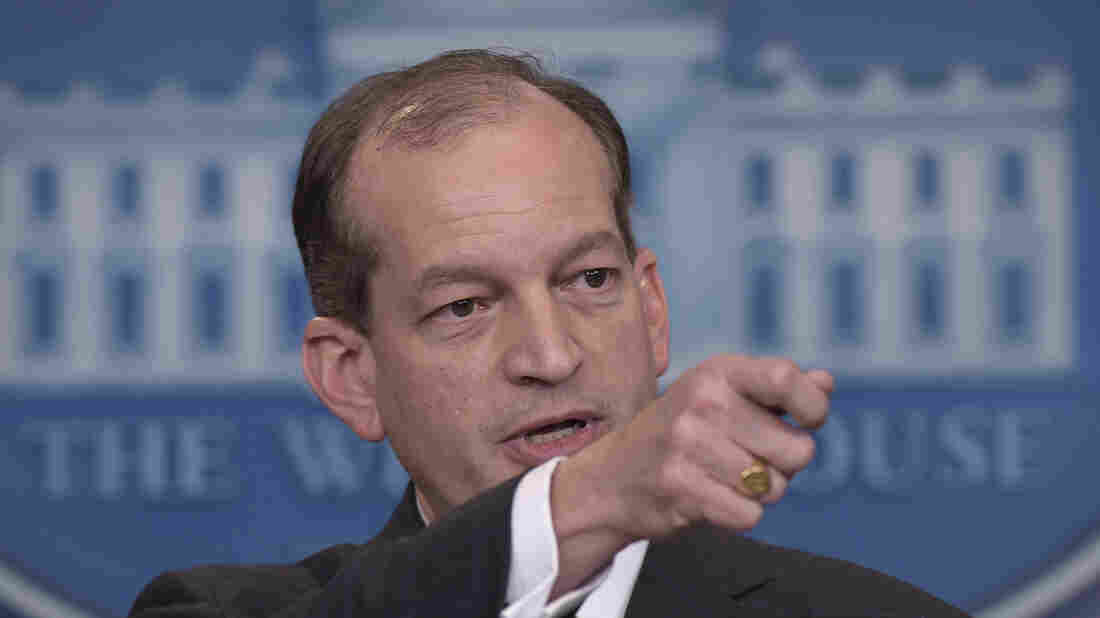 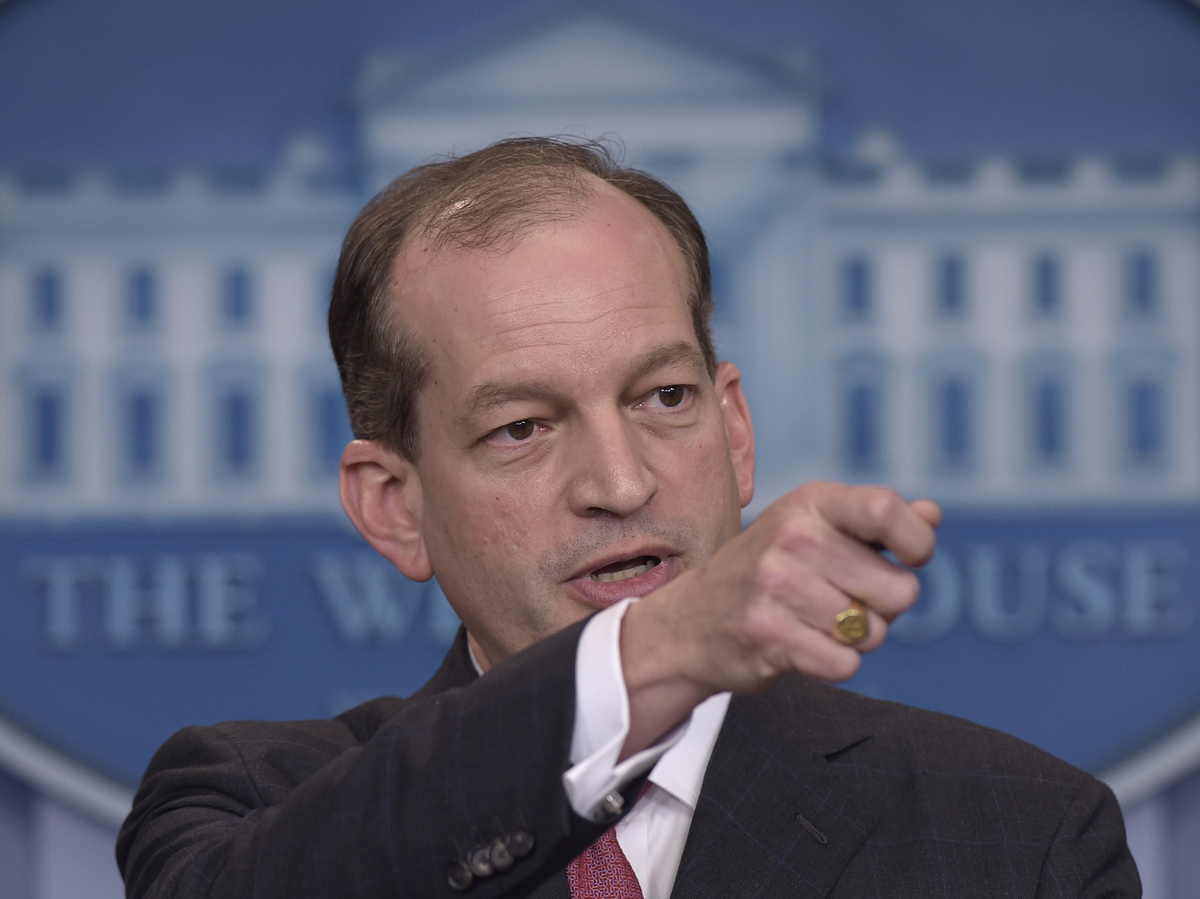 Labor Secretary Alexander Acosta is weighing whether to overhaul an Obama-era overtime rule.

On Tuesday the Department of Labor got closer to dismantling an Obama-era overtime regulation that has been in limbo for months and would make millions of Americans eligible for additional pay. The department sent a formal request for information on the rule to the Office of Management and Budget.

The rule was one of the Obama administration's labor policy cornerstones. It said anyone making less than $47,476 a year would be eligible for time-and-a-half pay for hours worked beyond a 40-hour work week, doubling the previous salary threshold.

"Our whole mission here is about strengthening and growing the middle class," Tom Perez, who was labor secretary then, told NPR's Scott Horsley. "In order to do that, we need to ensure that middle class jobs pay middle class wages."

But 21 states as well as business groups sued, saying the move amounted to federal overreach and would burden the public and private sector.

A federal judge ultimately agreed, blocking implementation of the policy about a week before it was supposed to go into effect on Dec. 1, 2016.

As Scott reported, "The rule was one of the administration's most far-reaching efforts to boost pay for workers at the lower end of the income ladder. It's one of many administrative actions that was already facing the threat of reversal from the incoming Trump administration."

After President Trump took office, his Labor Secretary signaled he would try to amend the rule, lowering the salary threshold. On Tuesday, the Labor Department moved toward that change by sending a Request for Information to the OMB.

"Once approved by OMB that request would ask the public to comment on a number of questions that would inform our thinking," Labor Secretary Alexander Acosta told a Senate subcommittee on Tuesday.

Acosta was responding to Republican Sen. Lamar Alexander from Tennessee who told him, "That was a bad rule." Alexander said the rapid increase in the salary threshold would be "just too high for many parts of the country." He added, "So I would urge you to show us how to write a good overtime regulation."

Acosta did not comment on his definition of a good overtime regulation.

But on the Obama regulation, Acosta testified at his confirmation hearing in March that expanding the workforce receiving overtime may "create a stress on the system." But he also said it was "unfortunate" the rule had not been updated in more than a decade because life has "become more expensive," as reported by The Washington Post.