Accessibility links
Hillsborough Soccer Stadium Disaster: After 28 Years, 6 Former Officials Face Charges : The Two-Way Nearly 100 fans were crushed to death and more than 750 others were injured in the worst sports disaster in Britain's history. The ex-officials face charges ranging from manslaughter to obstruction. 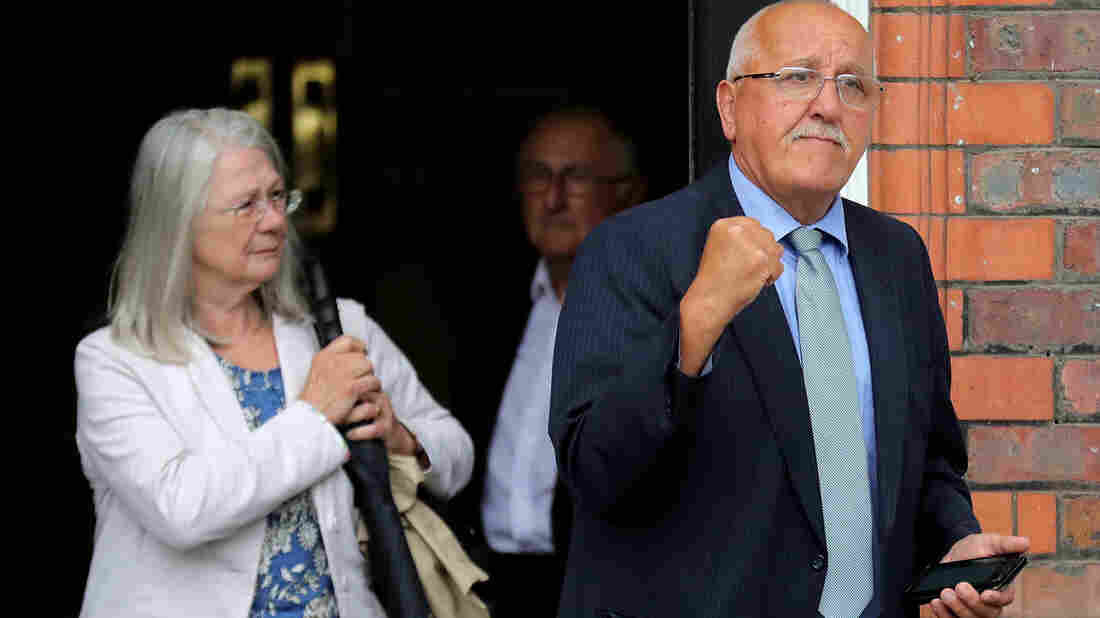 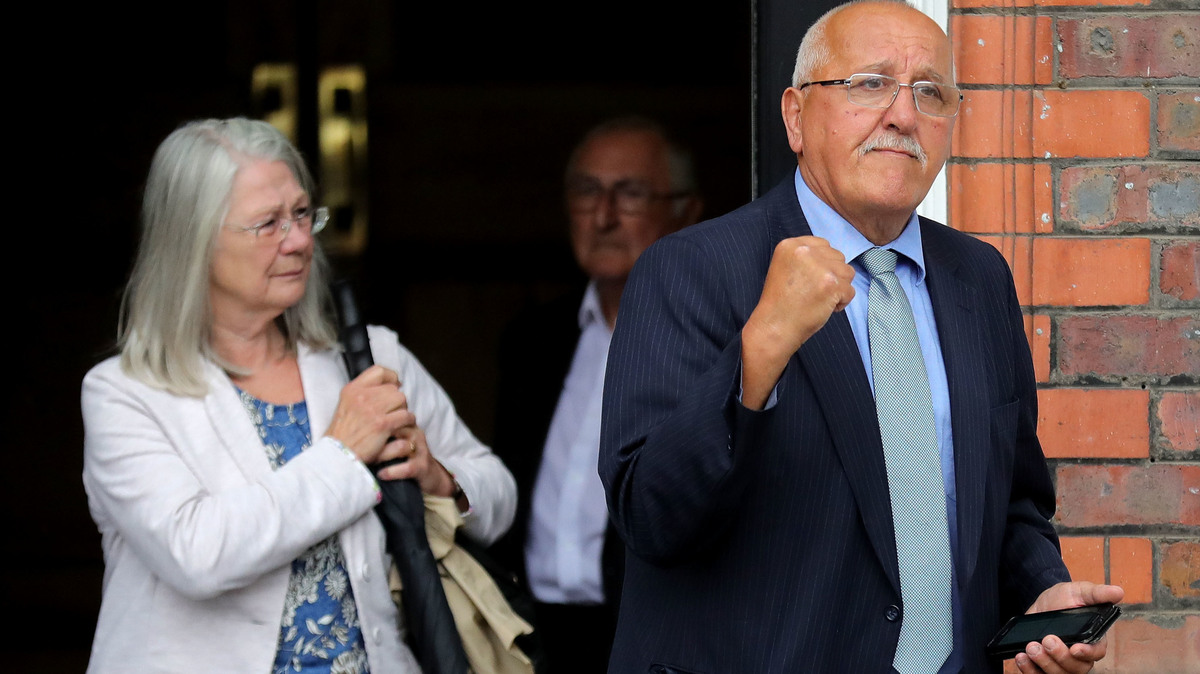 Barry Devonside, whose 18-year-old son, Christopher, died in the Hillsborough soccer disaster, reacts after families of the 96 people killed were told charges are being filed Wednesday.

Six former officials who oversaw the notorious Hillsborough Stadium disaster of 1989 — when nearly 100 fans were crushed to death — and its aftermath will face charges that range from manslaughter to official misconduct and obstructing justice, British prosecutors said Wednesday.

"Following our careful review of the evidence," said Sue Hemming, head of the Crown Prosecution Service's special crime unit. "I have decided that there is sufficient evidence to charge six individuals with criminal offences."

From the soccer official who was in charge of ensuring that the stadium was safe for the large crowd to the solicitor who handled the first inquests into what went wrong, the accused reflect the wide scope of a report that Hemming cited in announcing the charges.

Ninety-six people died and 766 fans were injured in the worst sports disaster in Britain's history.

Former Chief Superintendent David Duckenfield, who was the Hillsborough match commander on the day of the disaster, faces the most serious charge: manslaughter by gross negligence. Two other former officers are charged with perverting the course of justice.

Former Chief Constable Norman Bettison faces four charges of misconduct in public office, Hemming said, related to "alleged lies he told about his involvement in the aftermath of Hillsborough and the culpability of fans."

Graham Henry Mackrell, who was the company secretary of the Sheffield Wednesday soccer club, is charged with "contravention of the Safety at Sporting Ground Act" of 1975, the Crown Prosecution Service says.

Hemming, who leads the CPS' Special Crime and Counter Terrorism Division, announced the charges months after receiving voluminous reports about both the events of April 15, 1989, and the allegations of a police cover-up that ensued.

In addition to the charges unveiled Wednesday, prosecutors say they are still considering charges against four other suspects — two each from the West Midlands and the South Yorkshire police departments.

The news comes one year after a jury blamed police, not unruly fans, for the deaths at the Hillsborough match. It was a finding that punctured what had been the official version of events and vindicated people who lost relatives and loved ones at the match that was played on neutral ground in Sheffield, England — and who for years insisted the true story of the disaster was yet to be told.

Aside from police actions at the stadium, the jury found that other factors, such as problems in the stadium's design and the inability of ambulances to reach the injured, had contributed to the tragic outcome. But the jurors also weighed in on two questions that had never been answered to many survivors' satisfaction.

"Are you satisfied, so that you are sure, that the 96 victims were unlawfully killed?"

"Did the supporters' behavior contribute to the dangerous situation at the turnstile?"