Accessibility links
5 Men Convicted In Killing Of Putin Foe Boris Nemtsov : The Two-Way Despite the convictions, it's not known who ordered the killing. Nemtsov's daughter said, "Investigators and the court clearly did not want to uncover the truth about this crime." 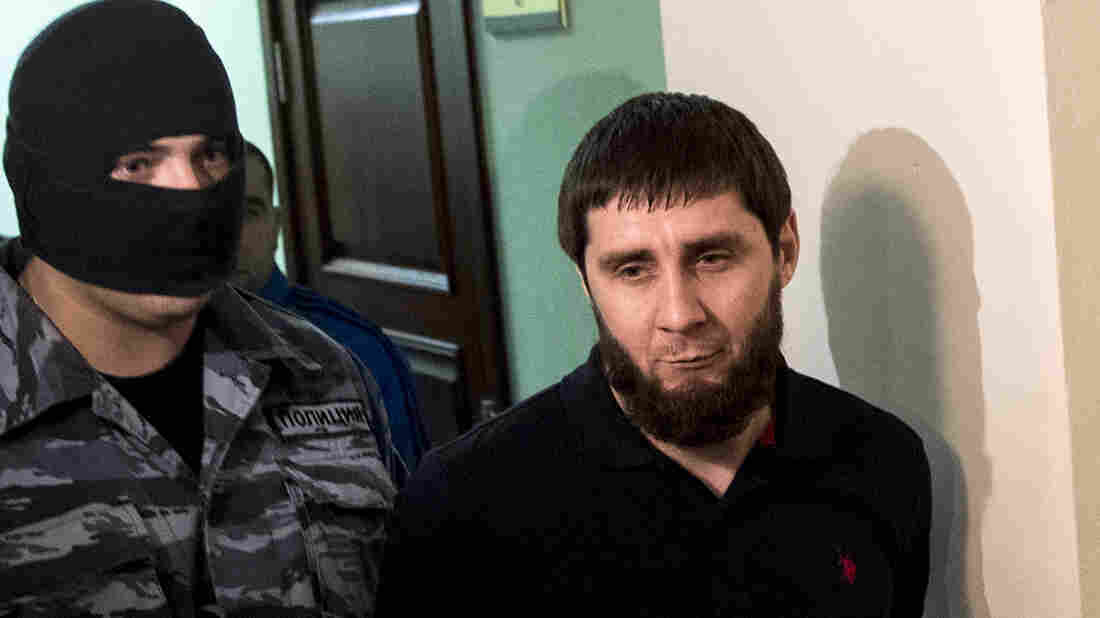 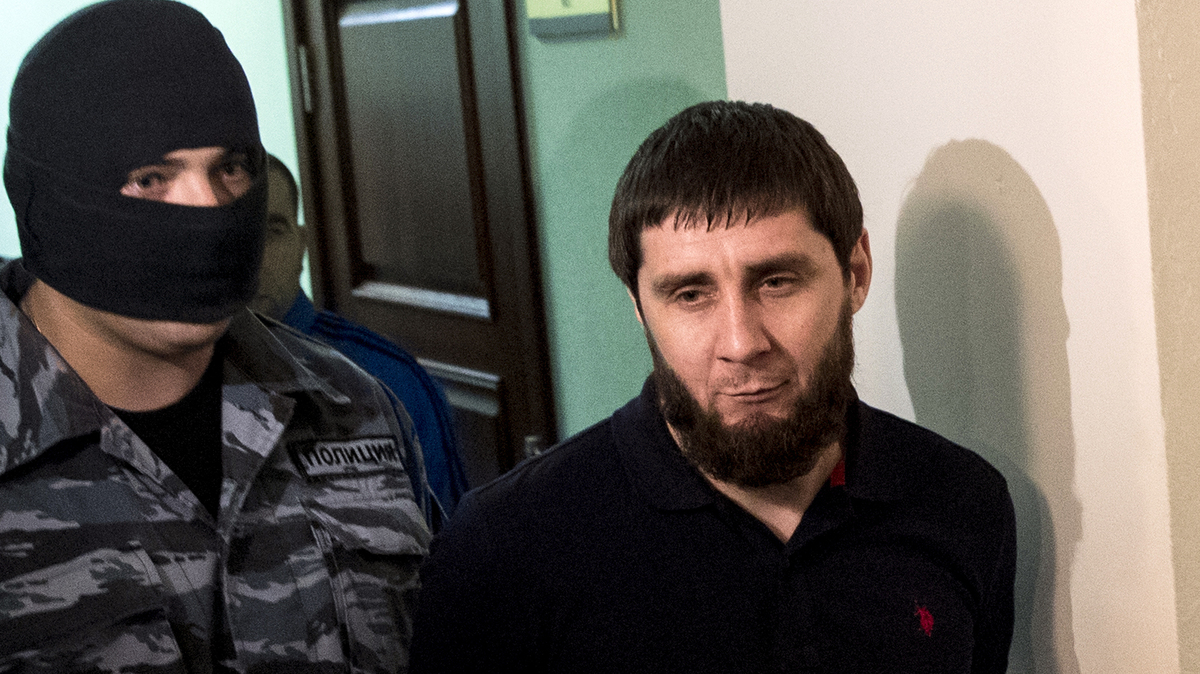 A police officer escorts Zaur Dadaev in 2015. On Thursday, a Russian court convicted the Chechen of murdering Boris Nemtsov, a critic of Vladimir Putin.

A Russian jury found five men guilty on Thursday in the 2015 murder of Russian opposition leader Boris Nemtsov, The Associated Press reports. But questions remain about who ordered the killing.

Nemtsov, a prominent critic of President Vladimir Putin, was shot dead late on the night of Feb. 27, while walking across a Moscow bridge, as The Two-way reported. At the time of his death, he had been working on a report about Russia's role in the Ukrainian conflict.

The other four men — also Chechens — were convicted as accomplices. Prosecutors said they helped obtain the murder weapon and get Dadayev to the scene, according to AP.

But investigators said it's still not clear who ordered the murder. Some Nemtsov supporters say that's because the investigators did not try to find the answer.

"Nemtsov's allies squarely blame the murder on Kadyrov, who has been accused of numerous human rights violations including torture and killings, saying that the officers could not possibly have acted without his explicit orders. Kadyrov denied any role in the assassination."

On Thursday, Zhanna Nemtsova, Nemstov's daughter, said no high-profile Chechen officials have ever been questioned. She said in a Facebook post that despite the verdicts, the case remains unsolved.

"Investigators and the court clearly did not want to uncover the truth about this crime," Nemstova said in Russian, AP reports. "There was only one task: find the triggerman and hold a trial. They did just that. But we will continue to fight for the truth by any means we have." 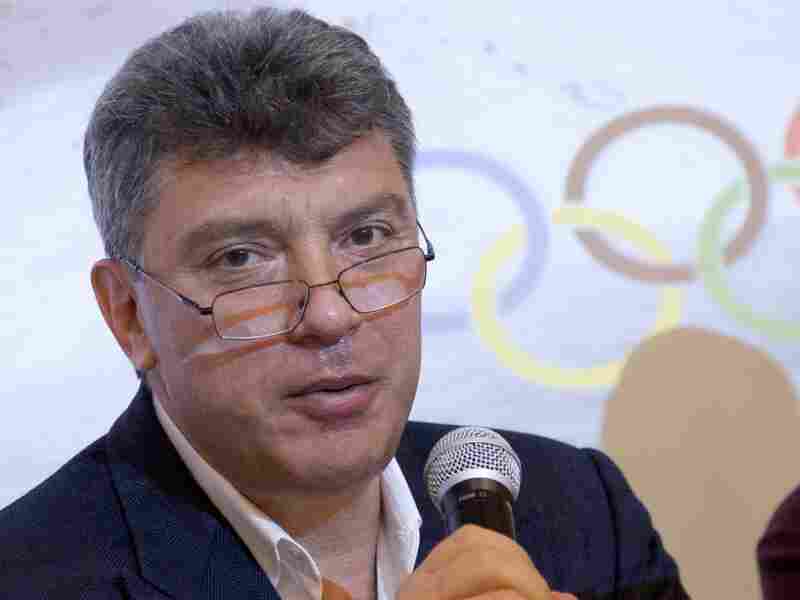 Russian opposition leader Boris Nemtsov, photographed in 2014, was killed in Moscow the next year. On Thursday, five Chechens were found guilty in the murder. Ivan Sekretarev/AP hide caption 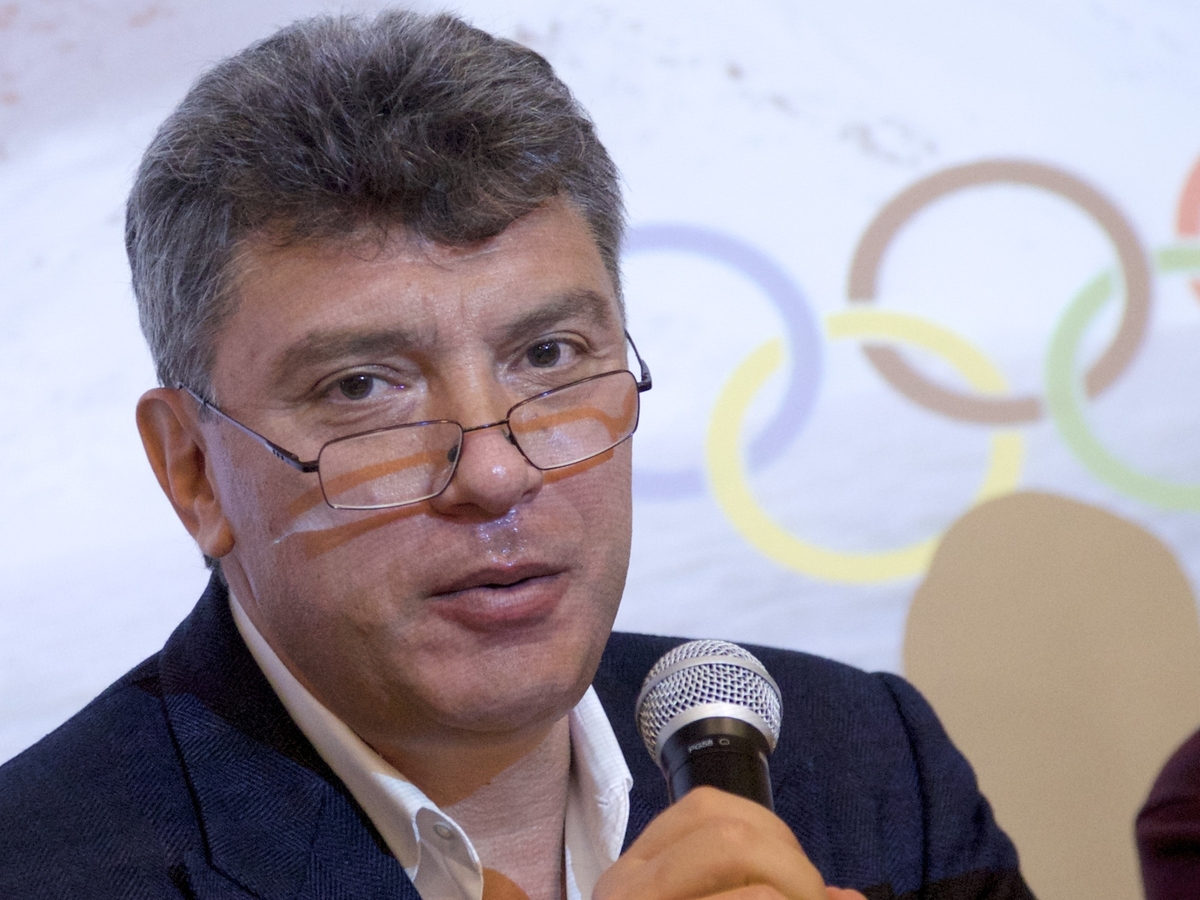 Russian opposition leader Boris Nemtsov, photographed in 2014, was killed in Moscow the next year. On Thursday, five Chechens were found guilty in the murder.

The news service says prosecutors are expected to announce the sentences they are seeking from the judge at a hearing next week.

At the time of his death, 55-year-old Nemstov headed the opposition People's Freedom Party. He had served as first deputy prime minister under Boris Yeltsin in the 1990s and was in the running for the presidency before withdrawing in 2007. Putin won the race.

Nemtsov is one of a number of Kremlin critics who have died in recent years under questionable circumstances.

"Political murders in Russia will continue if the masterminds of this attack are able to get away with this," Nemtsov ally Ilya Yashin told AP.