Accessibility links
'Not On My Watch': MLB Umpire Helps Save Woman On Pittsburgh Bridge : The Two-Way John Tumpane said he saw a woman step over the rails of a bridge on Wednesday and grabbed onto her out of "instinct" until help arrived.

'Not On My Watch': MLB Umpire Helps Save Woman On Pittsburgh Bridge

'Not On My Watch': MLB Umpire Helps Save Woman On Pittsburgh Bridge 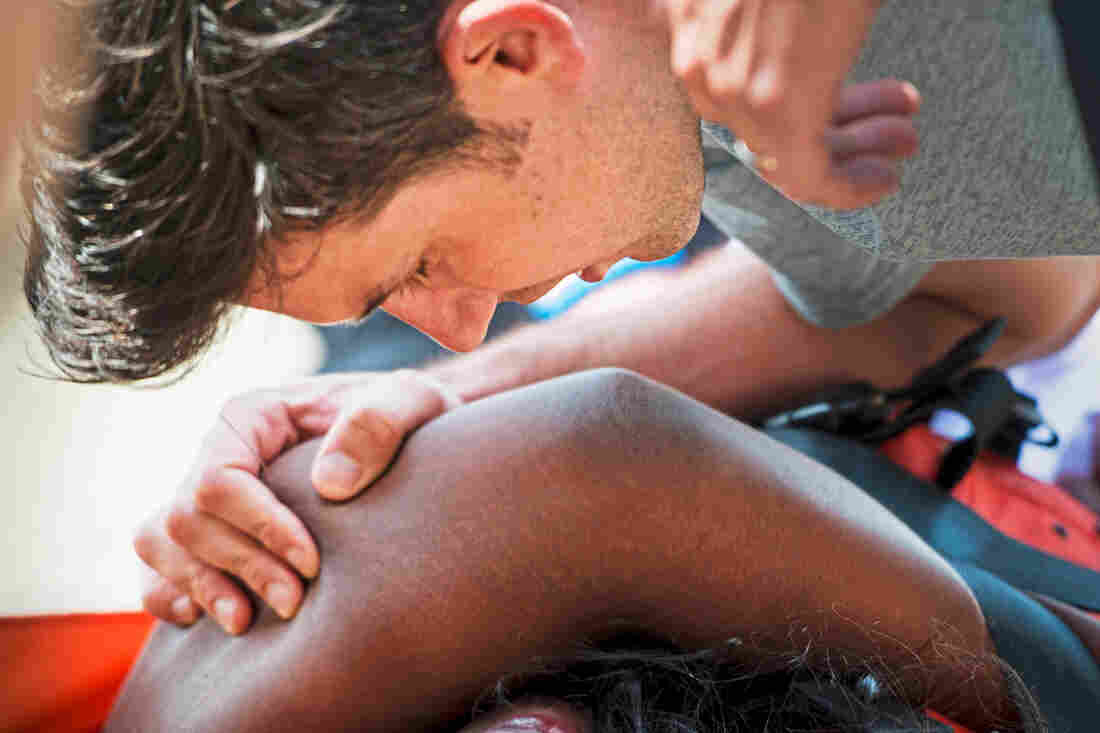 Baseball umpire John Tumpane consoles a woman he had seen step over a railing on the Roberto Clemente Bridge Wednesday. Tumpane grabbed her arm and held onto her until help arrived. Steph Chambers/Pittsburgh Post-Gazette viaAP hide caption 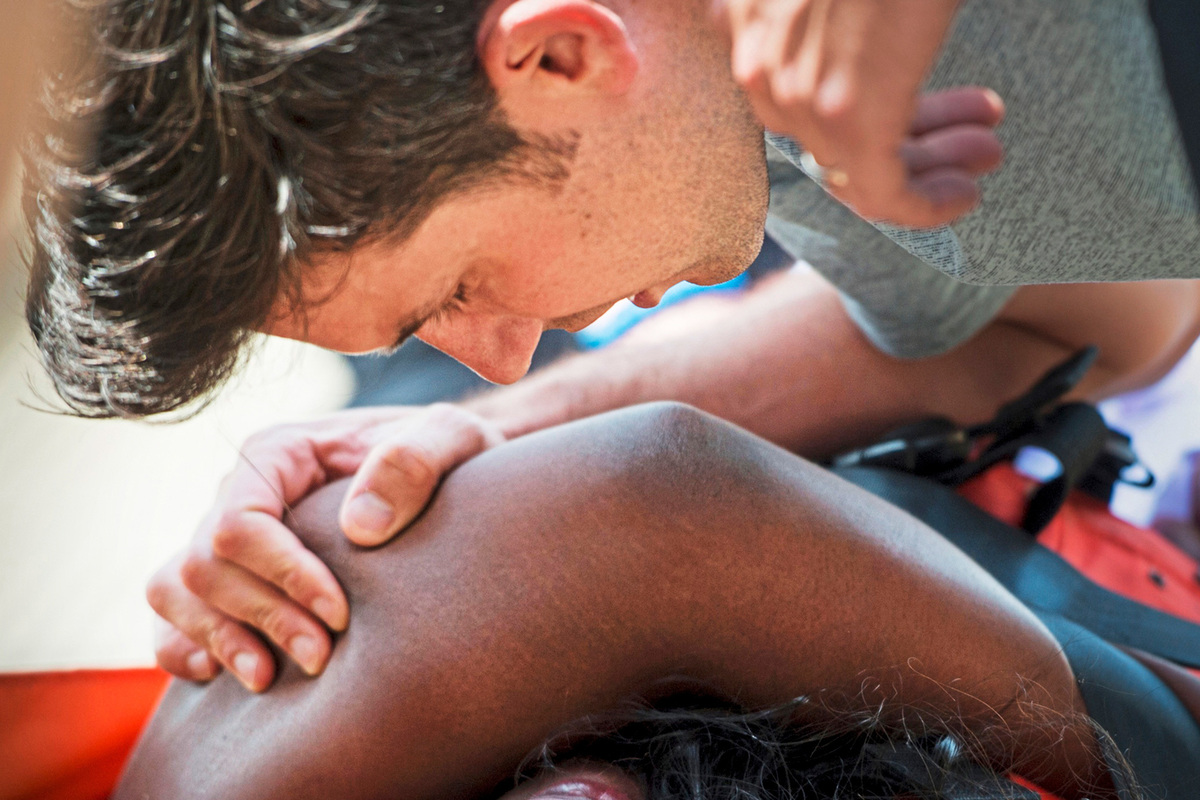 Baseball umpire John Tumpane consoles a woman he had seen step over a railing on the Roberto Clemente Bridge Wednesday. Tumpane grabbed her arm and held onto her until help arrived.

Major League umpire John Tumpane is used to making quick calls under high pressure – about foul balls, strikes and home runs. But on Wednesday afternoon, the stakes were much higher when he saw a woman climb over the railing of Pittsburgh's Roberto Clemente Bridge, far above the Allegheny River.

Tumpane rushed toward the woman and hooked his arm around hers, according to The Pittsburgh-Post Gazette.

God bless John Tumpane. Worth a read. Never underestimate the power of paying attention to someone. https://t.co/B0UXwznufr

He told the newspaper that the woman said, "I'm better off on this side. Just let me go." Tumpane said he told her, "I'm not going to let you go."

Tumpane got his other arm around the woman and held tight, even as she dangled both feet off the edge of the bridge.

"It was just kind of pure instinct," Tumpane said at a press conference Wednesday. "At times when she just wanted to go the other way, I just was like, 'Not on my watch. Please.'"

Other bystanders stepped in to help, The Post-Gazette reports. One man gripped an arm. Another pinned the woman's ankles to the bridge.

Tumpane and the others held tight until emergency workers arrived and got the woman back over the railing. But Tumpane still didn't walk away.

The woman was taken to the hospital with non life-threatening injuries.

Tumpane, his arms shaking, called his wife, reports MLB.com. "Not too many times you call your wife and say you helped save somebody's life," he recalled.

You want a hero today? Take a look at #MLB Umpire John Tumpane. He saves a woman's life on the Roberto Clemente and then works #Pirates game https://t.co/IfpciQTxnO

After trying to rest for a while at his hotel, the 34-year-old from Chicago headed off to work at PNC Park, where the Pittsburgh Pirates were taking on the Tampa Bay Rays. Tumpane was working behind home plate.

After being touted as a hero for stepping up to help, Tumpane reflected on the incident.

"This isn't about me," he said at the press conference. "This is just for her and that people care about her and I'm just glad that this is a positive story and not a sad story."