Accessibility links
French Politician Simone Veil, Holocaust Survivor And Abortion Pioneer, Dies At 89 : The Two-Way Veil was widely revered across the political spectrum. "May her example inspire our countrymen, who will find in her the best of France," French President Emmanuel Macron said. French politician Simone Veil speaks about abortion while she was health minister in 1974. The legislation that legalized abortion in France is still known as "Veil's law." Eustache Cardenas/AP hide caption 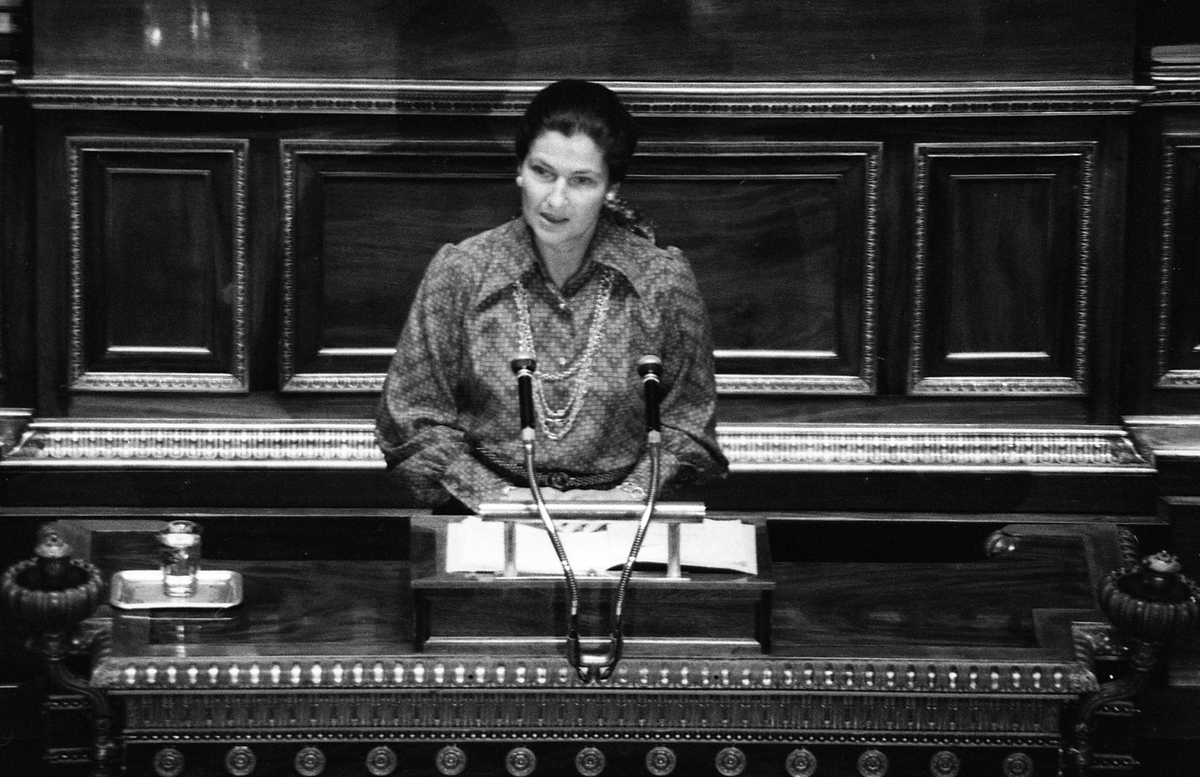 French politician Simone Veil speaks about abortion while she was health minister in 1974. The legislation that legalized abortion in France is still known as "Veil's law."

Simone Veil, a Holocaust survivor and women's rights advocate who was instrumental in legalizing abortion in France, has died at age 89.

Veil was among France's most popular politicians and was revered across the political spectrum. In 1979, she became the first directly elected president of the European Parliament.

"May her example inspire our countrymen, who will find in her the best of France," French President Emmanuel Macron said in a message on Twitter, in which he also expressed condolences to her family.

Veil, who was originally from the city of Nice, was rounded up with other French Jews when she was 16 and sent to the Auschwitz concentration camp. Both of her parents and two of her siblings were killed during the war, France 24 reported.

Veil avoided being immediately sent to the gas chambers by lying to the Nazis about her age, the broadcaster reported. "She was registered for the labour camp, shaved from head to toe and tattooed with the serial number 78651 on her arm."

After the war, Veil pursued a law degree and entered politics. During her time as health minister, she fought to loosen restrictions on contraceptive use.

A year later, she faced powerful opposition, including from her own political allies, when she fought to legalize abortion.

"No woman resorts to an abortion with a light heart. One only has to listen to them: It is always a tragedy," Veil said in her opening address in 1974 at the National Assembly, France 24 reported. "We can no longer shut our eyes to the 300,000 abortions that each year mutilate the women of this country, trample on its laws and humiliate or traumatise those who undergo them."

During her push for legal abortion, she "braved a volley of insults, some of them likening terminations to the Nazis' treatment of Jews," The Guardian reported. The bill ultimately passed because the left-wing opposition backed it, France 24 added.

The legislation that legalized abortion in France is still known as "Veil's law," and the Guardian adds that it is "considered a cornerstone of women's rights and secularism in France."

Veil's experience during the Holocaust prompted her to advocate for European unity, as she said in a 2007 interview with The Associated Press. "The idea of war was for me something terrible. ... The only possible option was to make peace."

Elected president of the European Parliament in its first direct vote of lawmakers in 1979, she "served as president until 1982 and remained in the Parliament until 1993," the AP added.

She was elected to the Academie Francaise, which presides over the French language, in 2008.

As The New York Times reported, when she was inducted into the Academie, novelist Jean d'Ormesson paid tribute to her vast support among the French:

"This support does not rest on mediocre and lame consensus among the countless opinions that never cease dividing our old country. ... It rests on the principles that you affirm and, against all odds, without ever raising your voice, manage to convince everyone of. We can say this without airs: In the heart of political life, you offer a moral and republican image."